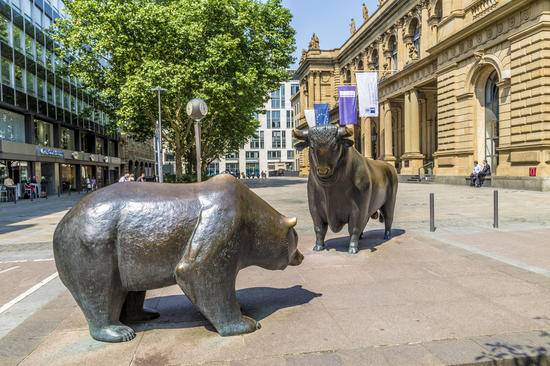 In February, following a global yield spike, it seemed like everyone started talking about inflation, and, in recent months, global markets have been influenced by the so-called "reflation trade," which has appeared to have affected the performance of certain equities and currencies. But what does that mean for our exposures?

"Reflation" is an upswing in the economic cycle where both growth and inflation are accelerating, typically following a deflationary period or recession.

When and where we can identify a true "reflation trade" opportunity, we want to be able to efficiently capitalize on it. Because it is a macro influence with a wide scope across our investment universe, we are now memorializing it in our investment process as a macro theme.

We believe three things are occurring simultaneously to create reflation.

First, governments are still pushing out fiscal stimulusparticularly in the developed worldheadlined by the recent $1.9 trillion COVID relief bill that passed in the United States. Second, we continue to observe aggressive monetary policy accommodation. Third, economies are already recovering from the pandemic-driven downturn, helped by rapid vaccination rates in many countries.

Those three developments in combination have driven bond yields up. If yields move too quickly and tighten financial conditions, turbulence in risky assets can occur. So, on balance, the rise in yields has been in the short term adverse for certain growth-sensitive equities, those whose anticipated cash flows are in the distant future, because they are more affected by changes in the discount rate. On the other hand, equities in more cyclical sectors have performed relatively well.

Reflation has also challenged certain emerging markets currenciesparticularly those of countries that have experienced slower economic growth. Of course, all countries have experienced slower economic growth, but those in which growth was already low pre-pandemic are now quite fiscally indebted. That has made these markets much more sensitive to changes in the discount rate.

So, to recap, the Reflation macro theme has been a recent headwind for bonds; some equities; currencies of slow-growing, highly indebted emerging markets; and some safe-haven currencies. However, it has also presented opportunitiesfor example, in cyclically oriented equities. It has also presented fundamental investors with the opportunity to buy growth equities (including emerging equities) at a lower price.

Tailwinds and Headwinds for Our Exposures

We're already accounting for these influences in our portfolios, and as mentioned, have formally brought Reflation into our framework as a macro theme.

Our team seeks to employ a discretionary global macro approach that has a long-term, fundamental value foundation; views fundamental opportunities through macro-thematic and geopolitical risk lenses, among others; actively manages currency; and dynamically manages risk.

Part of our investment process involves the evaluation of nonfundamental influences that can materially affect the path that prices take to converge on value, including macro themes that cut across asset classes and geographies.

These themes are modeled as risk factors than can alter compensation, risk, or correlations in our near-term ("Outlook") risk model. These themes can evolve over time, changing in both their intensity and in how they directionally influence certain markets and currencies.

Essentially, our Reflation macro theme is about markets and currencies that are influenced by the underlying real rate of interest and inflation in the world economy.

We believe most of the market influences that make up the Reflation theme should be good for our exposures, but one set is facing headwinds: our overweight to emerging currencies and equities. But we view the current weakness as an opportunity to increase our long emerging markets exposure (as opposed to a reason to temporarily reduce it).

We are monitoring this themeand othersto assess ongoing influences and portfolio exposures.