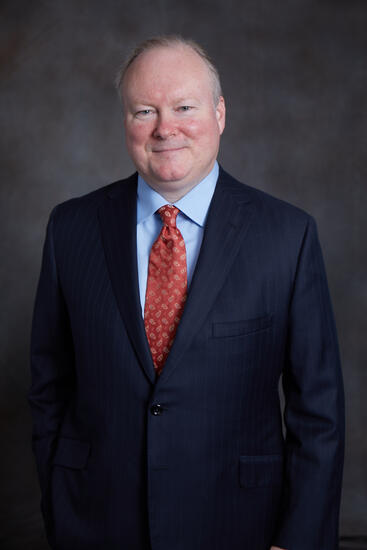 GuruFocus had the pleasure of hosting a presentation with Win Murray. Murray has been a co-manager of the Oakmark Select Fund since 2013. He also serves as the director of U.S. equity research at Harris Associates and is a vice president of the Oakmark Funds.

He joined Harris Associates in 2003 as an equity analyst after working in investment roles at Colonial Management Associates, Federated Investors and ASB Capital Management.

Murray holds an MBA from Georgia State University (1996) and a B.A. in Russian/East European studies from the University of North Carolina (1992).

About Oakmark and Harris Associates

The Oakmark Funds are a mutual fund family that utilizes a long-term value investment approach. Oakmark's investment philosophy centers on the belief that superior long-term results can be achieved through investing in companies priced at a significant discount to what Harris believes is a company's intrinsic value, with strong growth prospects and owner-oriented management teams. Oakmark's assets under management totaled approximately $56 billion as of Dec. 31, 2020.

Disclaimer: Due to technical difficulties, there is a gap in content starting at 20:12 in the recording. Viewers can skip forward to 22:47 to continue the presentation.

Murray kicked off his presentation with an explanation of how Harris Associates differs from their competitors. First, he explained that Harris always values businesses as an owner. Here Murray used Tiffany & Co. (

TIF, Financial) as an example of how market fluctuations can change valuation based upon a single data indicator. When the market becomes "emotional," as Murray described it, businesses can become beat down and in many cases seem to lose value. In these cases, Murray is able to jump on businesses because he understands their value outside of these fluctuations.

His presentation continued on to explain that his team of analysts is composed of generalists. This allows them to look at many different companies to find the best companies that are available on the market. At the same time, Murray explained that Harris has seen managers come and go throughout time. By creating a team full of generalists that understand as many different sectors as possible, his analysts are able to step up to the plate as good managers when the need arises.

Murray turned to example to highlight how a generalist's approach to identifying investments has paid off over time. He posed a question to intern at one point asking them to evaluate DreamWorks Animation SKG Inc. (

DWA, Financial). The intern was unable to assign a value to the company due to their inconsistent cash flows. Eventually, they were able to connect the pattern of movie releases from DreamWorks with the release of new drugs from pharmaceutical companies. By putting DreamWorks into this model, the intern, now analyst, was able to create a model for valuing the company.

Before transitioning to a few stock examples, Murray explained that he has increasingly been hearing analysts working under the assumption that a stock could not be too expensive. He has heard numerous people try to say that an investment will eventually make money over a long holding period due to numerous reasons. Murray disagrees with this increasingly common sentiment. He believes that the further you try to forecast into the future, the more difficult it becomes to find winners.

HUM, Financial). He explained that because the population is increasingly growing older, the model that Humana is offering is increasingly agreeable with these people. The company is also decreasing the cost of Medicare for both the aging population and the government entities that control it.

KDP, Financial). He explained that Keurig, operating in the globally consumed coffee market, has developed a huge market share for single-serve cups and has their dispensers in billions of people's hands. Dr Pepper has also been able to capitalize on consumers increasingly preferring flavored beverages over colas in recent years.

The final example of Murray's presentation was Charter Communications Inc. (

CHTR, Financial). Murray explained that the longtime holding maintains a monopoly over the majority of their coverage areas and are effective generators of capital. He also believes the current customers are actually worth more than what the company is generating from them.

Once his presentation had concluded, Murray took the time to answer several questions from the audience. One in particular asked him if there was a specific discount rate that he uses when looking at potential investments.

Murray explained that this rate changes for every company that he looks at because each offers a unique situation. At the same time, different industries require an investor to look at different aspects of their business, which could allow for a discount rate to move up or down.

The final question that Murray answered posed a question regarding whether or not investors should be putting money into tech companies that are trading at high price-earnings ratios or if they should wait to get involved.

Murray explained that timing the market and when to get involved is almost impossible and that he and his associates would be terrible at it if they tried. He continued on to bring in the fact that investors have many different options for investing their money outside of equities and that all of them should be considered when looking at a new investment. Murray finished things off by saying he believes there are still attractive equity opportunities that can be found in the market that can be found by those willing to do the work to find them.