REPL, Financial) just boosted its executive lineup with a heavy hitter, and the market seems to like the addition.

On Wednesday, the cancer therapy company announced that Sushil Patel, Ph.D., would be joining it as chief commercial officer. On Thursday, shares of the six-year-old company were up about 5.5% to $31.30, a nice jump but still well off its 52-week high of nearly $55.

Patel comes to Replimune from Genentech with impressive credentials. He served in numerous positions during his long career at the Roche (

RHHBY, Financial) subsidiary, with his most notable achievement leading the development of the blockbuster Tecentriq in lung cancer. He also served as the head of global oncology and oversaw the company's franchise for lung cancer, skin cancer and rare, agnostic tumor types.

Patel's first order of business will be taking charge of Medimune's "go to market" strategy and prepare for its first drug launch, according to FierceBiotech. Replimune's lead candidate, RP1, is in registrational trials in patients with cutaneous squamous cell carcinoma, the second-most common form of skin cancer, and patients with melanoma for whom a type of blocking therapy did not work.

"Replimune's broad pipeline of oncolytic immuno-gene therapies could become the next cornerstone of immuno-oncology treatment regimens," Patel said. "With RP1 in two registration-directed trials in CSCC and melanoma, it is now time to build an innovative and comprehensive commercial strategy and assemble a world-class team to advance these first-in-class therapies to patients."

At the helm of Medimune is CEO Robert Coffin, Ph.D. He and many of his cohorts developed Imlygic, the first and only approved oncolytic virus, while at BioVex, which was later sold to Amgen Inc. ( 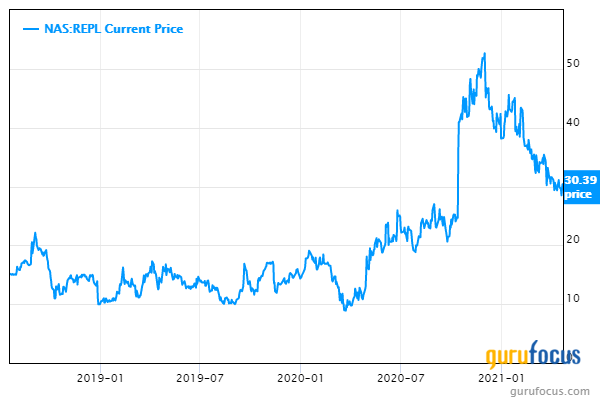 Replimune's oncolytic immunotherapies are designed to boost a patient's immune response to cancer, both at the site of the tumor and throughout the body. The company's treatments are being tested in a variety of cancers, alone and in combination with drugs from Bristol-Myers Squibb Co. (

Replimune is concentrating on some of the most common and potentially lucrative markets. Lung cancer is the second-most common cancer in both men and women, according to the American Cancer Society. The organization estimates there are nearly 236,000 new cases and about 132,000 deaths caused by lung cancer in the U.S. for 2021. Market Data Forecast pegged the global lung cancer market at $6.43 billion in 2020; it is expected to grow at a compound rate of 6.7%, reaching nearly $9 billion by 2025.

Meanwhile, melanoma makes up about 1% of skin cancers but is responsible for over 7,230 deaths every year. The global melanoma therapeutics market is expected to reach $12.4 billion by 2025, according to a report by Grand View Research Inc.

Replimune gained $250 million in gross proceeds from a public offering last October. The company believes these funds are sufficient to take care of its operational plans into the second half of 2024.

For the third quarter ended Dec. 31, Replimune had a net loss of $21.8 million compared to a net loss of $16.2 million for the same period a year earlier.

At its current price, the company is well below the $57 median target of nine analysts, who set a high of $67. They rate the stock a buy.

Disclosure: The author has positions in Amgen, Bristo-Myers and Sanofi.