Fifth quarterly loss in a row for the company 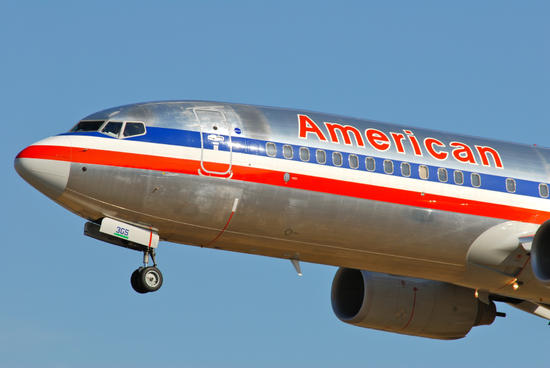 AAL, Financial) shares were down 4.07% after the company reported losses for the fifth quarter in a row.

The company reported a first-quarter net loss of $1.3 billion, or $1.97 per share. Revenue came out to $4 billion, which was down 53% year over year as total available seat miles were down 39%. 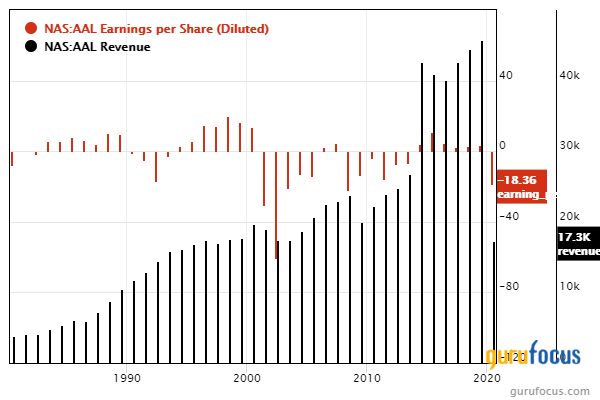 "We are incredibly proud of the American Airlines team for their continued care of our customers and each other," American's Chairman and CEO Doug Parker said. "Our team has shown up every day throughout the pandemic and served more customers than any other airline. That focus has served as our inspiration and positions us well as even more customers return to the skies. Looking forward, with the momentum underway from the first quarter, we see signs of continued recovery in demand. We remain confident the network enhancements, customer-focused improvements and efficiency measures we've put into place will ensure American is well-positioned for the recovery."

The company has also deferred and converted five Boeing 787-8 to 787-9 aircrafts with deliveries expected to occur in 2023. The remaining 787-8 aircraft will be delivered in the first quarter of 2022 and all existing financing will remain in place.

American has also reduced its average cash burn rate to approximately $27 million per day during the quarter. The reduction included $9 million per day in regular debt principal and cash severance payments. The company was also aided by $3.3 billion in the Covid-19 relief package that was signed into law in early March.

On April 22, the stock was trading at $20.16 per share with a market cap of $13.05 billion. According to the GF Value Line, the shares are trading at a significantly overvalued rating. 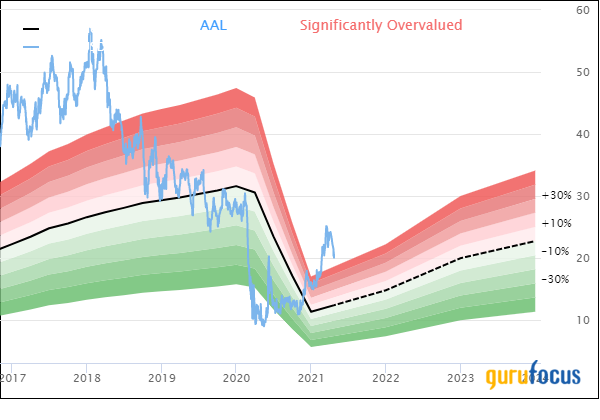