For the quarter ending March 31, Canadian National reported operating income of 1.327 billion Canadian dollars ($1.07 billion), up 9% from the prior-year quarter. Despite this, diluted earnings of CA$1.37 declined 4% from first-quarter 2020 diluted earnings per share. 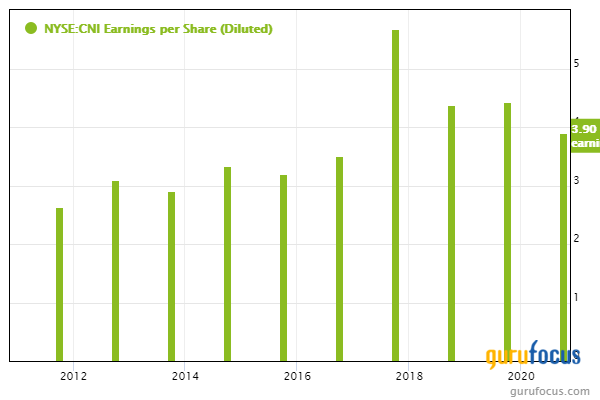 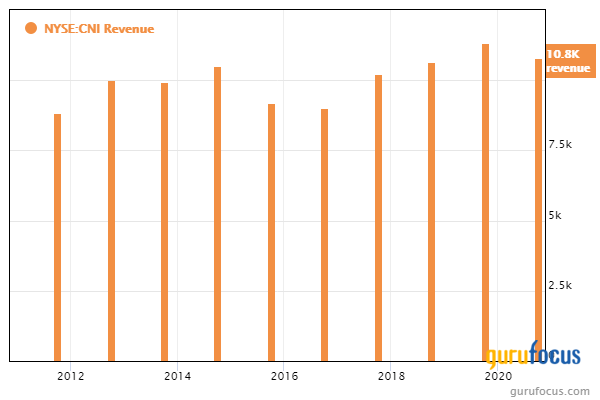 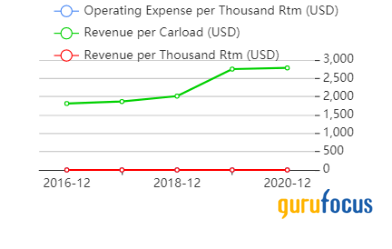 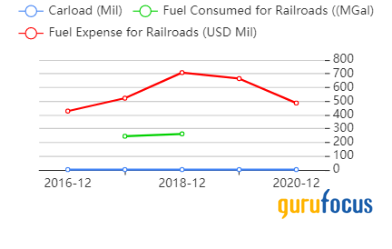 Canadian National President and CEO JJ Ruest said that despite the flat growth in revenue, the company's gains in several areas, including safety, labor productivity and fuel efficiency, demonstrate its "strong operational performance." Ruest also added that the company's proposal to merge with Kansas City Southern (

On Saturday, the Kansas City-based railroad company's board of directors unanimously determined that Canadian National's stock-and-cash offer of $325 per share could reasonably lead to a "company superior proposal" as defined by the company's merger agreement with Calgary, Alberta-based Canadian Pacific Railway Ltd. (

Ruest welcomed the Kansas City-based decision, saying that he is "pleased" that the combination would drive safe and clean railroad services across North America.

Shares of Canadian National traded around $109.46, up approximately 0.55% from last Friday's close of $108.85. The stock is modestly overvalued based on Monday's price-to-GF Value ratio of 1.13. 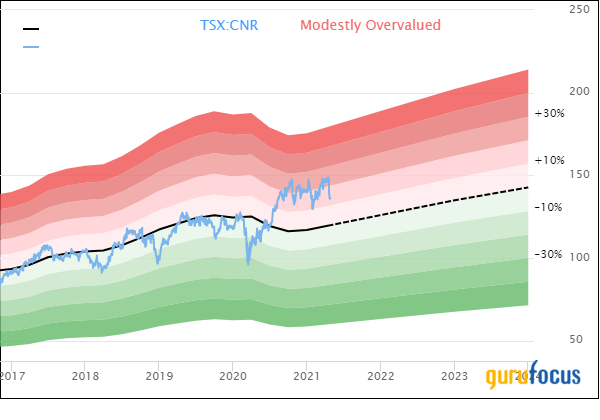 The company upgraded its full-year 2021 outlook, targeting double-digit adjusted earnings growth from 2020 earnings of CA$5.31, up from the prior outlook of growth in the high single digits. 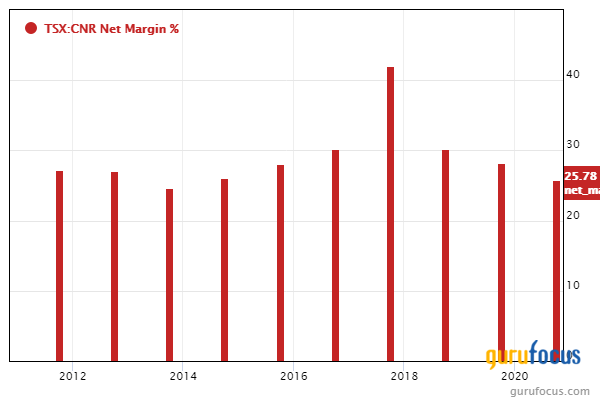 Gurus with holdings in Canadian National's U.S.-based shares include