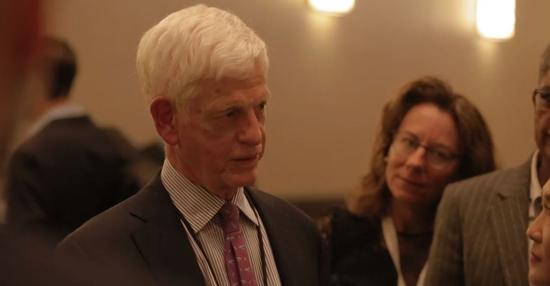 Top contributors during the quarter included global machinery companies Deere & Company (3.0% of net assets as of March 31, 2021, +39% contribution to return) and Caterpillar (1.2%, +28%), which rose as expectations for a global economic recovery combined with optimism that the new Biden Administration would put forth an agenda that included a long term, fully funded infrastructure bill to help rebuild America's physical assets. Deere shares were further bolstered by increases in commodity prices, most notably corn and soybeans, increasing the likelihood that farmer income and cash flow would positively impact demand for large agricultural machinery. The first quarter was extraordinary for traditional media stocks including ViacomCBS (0.8%, +25%) and Discovery (1.2%, +41%), as the rotation to value stocks and re-opening beneficiaries and the launch of direct-to-consumer services Paramount+ and Discovery+ led the stocks to nearly triple by early March. In retrospect, it appears that leveraged momentum trades by funds including Archegos Capital fueled some of those gains and ultimately led to significant declines in the final days of the quarter as Archegos collapsed and its positions quickly liquidated. Nevertheless, the stocks were large positive contributors for the quarter and appear to have stabilized. Shares of American Express (1.3%, +18%) rose amid expectations for a strong pickup in domestic spending, better trends in travel and leisure and a return of the company's share repurchase program.

Total returns and average annual returns reflect changes in share price, reinvestment of distributions, and are net of expenses.

Performance for periods less than one year is not annualized.

As the market continued to turn toward "economic reopening" plays, shares of many stable cash generators including food and beverage producers declined during the quarter. Some detractors for the Fund in this category include Japanese noodle producer Nissin (0.4%, -13%), soy sauce maker Kikkoman (0.5%, -14%), and Brown-Forman (2.4%, -13%), owner of Jack Daniel's and other leading spirits brands. Shares of ingredient and food producer Kerry Group (0.4%, -13%) declined amid concerns related to disruption from renewed COVID-19 related lockdowns in the UK and Europe, as well as Brexit. The company is exploring options for non-core assets, including its dairy business, but perhaps the review will extend to the entire food portfolio, which is slower growing and lower margin compared to the core Taste & Nutrition business. Despite the potential for significant cash savings and enhanced strategic flexibility, Madison Square Garden Entertainment's (0.5%, -22%) all-stock acquisition of former corporate sibling MSG Networks (0.2%, +2%) was poorly received. MSGE's primary assets include its eponymous arena, the Las Vegas Sphere, the Radio City Christmas Spectacular and Tao restaurants, all of which are poised to rebound strongly while MSGN's regional sports networks will likely face years of secular deterioration. However, at this point it would appear the market has overly discounted MSGN's prospects and impact on MSGE.

The following are stock specifics on selected holdings of our Fund. Favorable earnings prospects do not necessarily translate into higher stock prices, but they do express a positive trend that we believe will develop over time. Individual securities mentioned are not necessarily representative of the entire portfolio. For the following holdings, the percentage of net assets and their share prices stated in U.S. dollar equivalent terms are presented as of March 31, 2021.

DE, Financial) (3.0%) (DE – $374.14 - NYSE) headquartered in Moline, Illinois, is a leading global manufacturer of machinery for agricultural, construction, and forestry usage. Its dominant position in North American agricultural equipment markets optimally positions the company for what is expected to be an increase in demand for agricultural equipment, both in the near term given cycle dynamics as well as for the long term, as global population and income growth drive crop demand in the coming decades. Its premium product portfolio and strong balance sheet position it well to thrive as its end markets recover. Moreover, DE is a leader in "Precision Ag" technologies that improve farmer productivity through cloud and AI-based improvements on centuries-old farming techniques.

TV, Financial) (0.3%) (TV – $8.86 – NYSE) is Mexico's largest media company with operations in television broadcasting, cable networks, television production, satellite distribution (through its 58.7% ownership of Sky México) and cable distribution. Televisa also has a 36% interest in Univision Communications, the fifth largest overall and most popular Spanish language broadcast network in the U.S. The company's dominant position in Spanish language content in Mexico's free-to-air and pay-TV industry is attractive, and we believe Televisa should benefit from growing demand for Spanish language content in the U.S. and Latin America. TV also has a market leading position in the growing Mexican pay-TV industry, serving approximately 11.8 million or 65% of existing pay-TV subscribers through its satellite & cable operations. We expect the continued recovery in post-COVID-19 Mexican advertising spending as well as growth in pay-TV and broadband penetration to benefit Televisa over time.

MOD, Financial) (less than 0.1%) (MOD – $14.77 – NYSE) headquartered in Racine, Wisconsin, is a thermal management systems and components company with a long history and leading position in building heating and cooling as well as vehicular HVAC markets. The company, through is sale of its liquid-cooled components division, continues to transition its business model to one that focuses on high growth markets, such as data center cooling. We expect the company to continue to emphasize its commercial and building offerings, likely enabling the market to assign a higher valuation multiple to the business.