Chasing deals is not a sensible approach for companies or investors 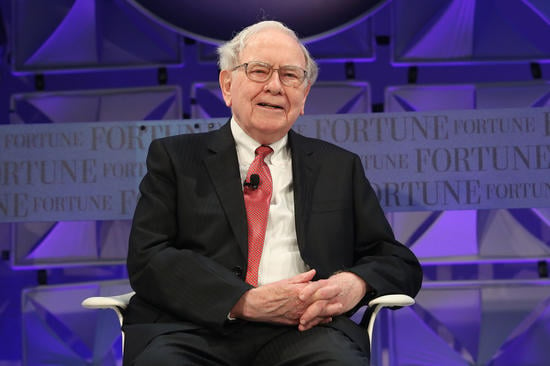 At this year's Berkshire Hathaway (

Specifically, the Oracle of Omaha said:

He went on to add:

"If you're running money from somebody else and you get a fee and you get the upside and you don't have the downside, you're going to buy something...And frankly, we're not competitive with that. It's an exaggerated version of what we've seen in kind of a gambling-type market."

These comments should not have come as a surprise to anyone who has been following Buffett over the years. The legendary investor's approach has always been simple: find high-quality businesses and pay a good price. He's always tried to avoid being forced to take a position. He's also always tried to avoid overpaying for companies.

This is because Buffett isn't incentivized to do deals. If he pays a high price for a company, and it comes back to haunt him, it won't just be Berkshire's profit and loss account that takes a beating, it'll be his reputation as well.

Unlike SPAC sponsors and private equity managers (which Buffett has also attacked in the past), the Oracle of Omaha is not paid to complete deals. Instead, he gets paid by acquiring good businesses earning a high return on invested capital. These are two very different things. One takes patience, the other does not.

Buffett has criticized deal-hungry Wall Street bankers and private equity firms before. In his 2014 letter to investors, he wrote:

"Investment bankers, being paid as they are for action, constantly urge acquirers to pay 20% to 50% premiums over market price for publicly-held businesses... "Mental 'flexibility' of this sort by the banking fraternity has prompted the saying that fees too often lead to transactions rather than transactions leading to fees."

"In truth, 'equity' is a dirty word for many private-equity buyers; what they love is debt. And, because debt is currently so inexpensive, these buyers can frequently pay top dollar. Later, the business will be resold, often to another leveraged buyer. In effect, the business becomes a piece of merchandise."

What can the average investor learn from this mentality? Well, the simple answer is that these sort of fee-driven transactions are not necessarily good deals. Some will be, while others won't.

The problem is, acquisition-driven companies tend not to focus on long-term value creation. Instead, they are more focused on doing deal after deal. Shareholders may profit from deals, but that's really not the overall ambition.

SPACs are designed to find an acquisition, and if they don't, they are wound up. This means they are incentivized to find a deal as quickly as possible, and as Buffett said at the annual meeting, this lack of time may force them to make a bad decision.

Waiting for the right deal to come along is just as important for investors as it is for companies.

Rushing into a position can be just as damaging as rushing into an acquisition. Taking time to truly understand the company under consideration and its long-term potential is vital if one wants to be a successful investor.

Trying to make a quick buck buying a company at a high price and hoping to sell it at an even higher price isn't investing, it's speculating.