Just because it looks as if an industry will do well, does not mean every company will succeed 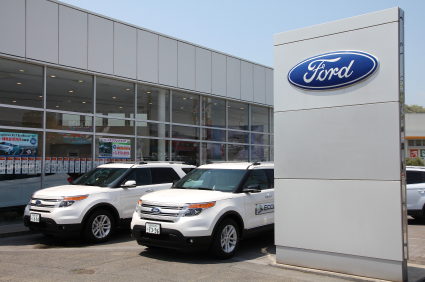 At this year's annual meeting of Berkshire Hathaway (

BRK.A, Financial) (BRK.B, Financial) shareholders, Warren Buffett (Trades, Portfolio) issued a warning. Using the example of how many auto companies had failed since the early 1900s, Buffett warned listeners that investing, and picking tomorrow's winners today, is incredibly hard, and the odds are stacked against the average investor.

Assume we went back to 1903, Buffett pondered. Where would Berkshire want to invest? With the network of highways growing and 290 million vehicles on the road in the United States, one might say, "Well, this is pretty easy. It's going to be cars. It's going to be autos."

That might have seemed like a no-brainer at the time. However, the reality couldn't have been more different.

Buffett explained that in 1911, this company, Marmon, had been the company whose car won the first Indianapolis 500. It was also "the company that invented the rearview mirror." The CEO of Berkshire went on to add:

"So let's just assume that you had decided that autos were this incredible thing. And someday there'd be an Indianapolis 500 and someday they'd have rearview mirrors on cars. And someday 290 million cars would be buzzing around the United States or autos or trucks there...I thought I'd put up the list of auto companies from over the years. And I was originally going to put up just the ones that were the Ms, so I could get them on one slide. But when I went to the Ms, it went on and on and on. So I just decided to put up the ones that started with MA, and as you can see, there were almost 40 companies that went into the auto business."

Buffett added that over the next few decades, there were "at least 2000 companies that entered the auto business because it clearly had this incredible future." However, by 2009, there were just three of these same businesses left in the U.S. Of these three, two then went bankrupt.

There's more to picking stocks than finding a winning industry

This is just one industry example, but as Buffett explained, it shows there's "a lot more to picking stocks than figuring out what's going to be a wonderful industry in the future."

F, Financial) is today the company that most people think of when they think of the early days of the auto industry, but as Buffett explained, even this company had its problems. He noted that the firm's shift from the revolutionary Model T to the Model A "did not work very well," and Henry Ford fell out with some of his main partners.

So he had to figure out a way to buy them out to keep the businesses going. And even if investors had a time machine and could tell the future for Ford, it remained a private company until 1956.

This is one of the most prominent challenges investors face. Finding companies that will be able to survive and prosper for the next ten to 20 years is incredibly hard. One could even argue it's impossible.

If we look through Buffett's portfolio at Berkshire over the past few decades, it's clear even the Oracle has been unable to pick winners constantly. However, he's always been quick to sell struggling companies while holding on to his winners. That's where Buffett has the edge.

The other alternative for investors is to sit on a passive tracker fund and let the market do all of the hard work. That's the strategy Buffett advocates for the average investor.

Also check out:
Not a Premium Member of GuruFocus? Sign up for a free 7-day trial here.
Rating: 5 / 5 (2 votes)
1 Comments
Write for GuruFocus
Submit an article
How to use GuruFocus - Tutorials What Is in the GuruFocus Premium Membership? A DIY Guide on How to Invest Using Guru Strategies GuruFocus New Features