Why Berkshire Hathaway's Insurance Business Is so Successful

A look at the group's reinsurance division 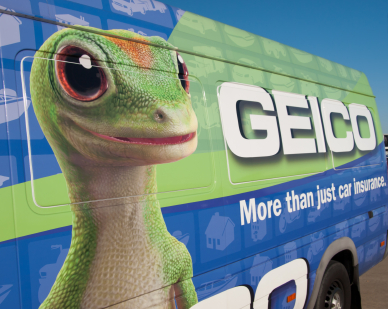 In a previous article published ahead of Berkshire Hathaway's (

BRK.A, Financial) (BRK.B, Financial) annual meeting earlier this month, I noted that one of the things I would be keeping an eye on in the meeting was any comments from the group's leadership about the general environment in the insurance market.

Warren Buffett (Trades, Portfolio) and Charlie Munger (Trades, Portfolio) on stage, it was indeed an excellent opportunity to learn more about the conglomerate's insurance business, which has been responsible for most of the group's growth over the past few decades.

One of the reasons why the group has become such a force to be reckoned with in the industry of the past few decades is its willingness and ability to take on large, complex risks that other companies may be unable or unwilling to write.

For example, in 2017, American International Group (

AIG, Financial) agreed to pay Berkshire $10.2 billion to take on many long-term risks on U.S. commercial insurance policies it had already written. Under the terms of this long-tail reinsurance agreement, Berkshire agreed to take on 80% of net losses above the first $25 billion, with a maximum liability of $20 billion.

There are not many other businesses in the world that would (much less could) take on this kind of exposure, and for good reason. Doing so opens the reinsurer up to some huge risks, which could be fatal if the company got its sums wrong. Berkshire is not immune from these risks, and one shareholder wanted to know if the firm had any plans to scale back its large long-tail reinsurance deals and focus on short-tail lines in the future to reduce risk.

Jain started his response by stating that there will always be some uncertainties in the insurance industry. Therefore, he continued, the company always tries to build this into its pricing:

"I hope we price for it, when we price for the product, we throw in something for the unknown unknowns, if you will. And we try and aggregate our exposures by major risks categories. Hopefully, that'll give us some comfort in terms of having some boundaries on what the exposure really can be."

Buffett added that virtually all of the surprises in insurance are "unpleasant." However, as long as Berkshire gets its pricing right, he said, the group should be in the clear:

Later in the discussion, Buffett added:

"You get a lot of unpleasant surprises in insurance, but I'm very biased on this, but I think we've got the best insurance operation in the world. And Ajit is the guy that created it."

Berkshire's insurance operation is what it is today because Buffett and Jain have carefully curated it. The duo is incredibly conservative, and they are not willing to chase growth at any cost. As long as this mentality persists, it seems unlikely Berkshire will suffer the sort of catastrophic losses that have destabilized so many insurance groups in the past.

There's no need for the company to exit the long-tail business as long as this mentality around pricing persists. As the largest player in the market, Berkshire should make the most of that.