Warren Buffett Explains Why Berkshire Still Has Some Exposure to Airlines

The company still has exposure to the aviation industry 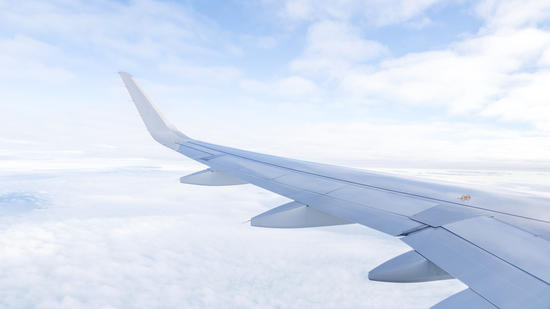 At this year's annual meeting of Berkshire Hathaway (

The group went into the pandemic owning as much as 10% in some of the largest airlines in the U.S. A few months into the outbreak, Buffett decided to dump these positions.

He explained during the annual meeting that one of the reasons why he decided to sell is that the government might have refused to bail out these businesses had Berkshire remained a significant investor. "You're actually looking at probably at a different result than if we'd kept our stock," he told the audience, referring to the performance of airline shares over the past 12 months.

From Buffett's comments, it also seemed as if he decided to sell bank stocks for the same reason. He said, "We didn't like having as much money as we had in banks at that time. So I got back some of the bank investment, but basically, our net sales were about 1% or 1.5%."

Looking at this comment, it becomes clear why Buffett sold Berkshire's holding of Goldman Sachs (GS) in the second quarter of last year and pared back its holdings of JPMorgan Chase & Co. (JPM), Bank of New York Mellon Corp. (BK) and U.S. Bancorp (USB).

Buffett said that he did not consider the airline sales to be a "great moment in Berkshire's history," but the company has plenty of exposure to the sector, which should mean it will benefit from any rebound.

As he went on to add:

"People really want to want to travel for personal reasons, and business travel is another thing. And we've got a big exposure to business travel, of course, through the fact that we own 19% of American Express, and we own Precision Castparts, which services the air business very well. So we've still got a big investment in air travel, a big commitment to it, but we wish the big four the best, and I think their managements have done a very good job during this period."

This is an interesting viewpoint that warrants further analysis. One of the great things about being an individual investor is there is no requirement to invest in any one business. We can pick and choose our investments and avoid any companies that fall outside of our circle of competence. The same is true of Buffett.

This means it is possible to avoid whole sectors, but that may not always be the best approach.

For example, one might criticize the Oracle of Omaha for avoiding the technology sector for so long. Even he has admitted that, in some cases, this was a mistake.

But there are ways of building exposure to different industries without investing directly. This would allow one to gain exposure to a particular trend while staying within one's circle of competence.

Granted, the profits earned from this approach might not be the same as if one were to invest in the trend directly.

However, the risk of investing in something one does not understand is far higher. Therefore, investing in a company that has exposure to a trend is a way to minimize risk, and that is what investing is really all about, achieving the best returns for the lowest level of risk.

One of Buffett's most extraordinary skills is his ability to stay within his circle of competence. His comment at the Berkshire annual meeting illustrates how his approach works. He is happy to sit tight with companies with exposure to the aviation industry, but he's not willing to jump back in and make the same mistake twice.