Regeneron and Weis Markets Head Up the Do Nothing Club 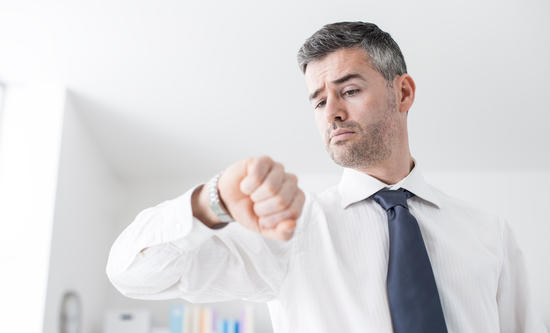 Stocks that soar or plunge get all the attention.

But sometimes the best buys are in stocks that have done nothing for a while. That's why, each year around this time, I write about my Do Nothing Club.

Members of this club are stocks that are not far from where they were a month ago, and also a year ago.

REGN, Financial) is based in Tarrytown, New York, right next to Sleepy Hollow. It's a biotech company that specializes in eye disease but also is working in other areas.

Remarkably, the stock is a little below where it was a year ago. That strikes me as odd, since Regeneron boasts an operating profit margin of 43% in the past four quarters, and its 10-year revenue growth has averaged 30% a year.

The only way I can explain this paradox is that Regeneron stock was too popular a few years ago and has gradually been working off its overvaluation. The stock's price was 130 times earnings back in 2014. The ratio has steadily shrunk since then to 15 recently, which I consider a bargain.

Investors have pretty much given up on Weis Markets Inc. (

WMK, Financial). Its stock has been stagnant not only for the past month and year, but for most of the past decade.

Spruce Point Capital, a short selling firm, posted a negative piece about Weis in 2018. It said that Weis was losing market share to low-cost competitors Aldi and Lidl, and that its prices were 15% to 20% higher than those of peers.

I think Spruce Point often does good research, but in my opinion it took too dark a view of this company. I like Weis for several reasons, one of which is that it has more cash than debt.

Weis has showed a profit for at least 30 consecutive years. And its stock is modestly priced at 121 times earnings and 0.35 times revenue.

Like most grocery chains, Weis showed a sharp increase in sales during the pandemic last year. With many stores closed and supermarkets open, they were bound to do well. I don't expect that success to repeat, but at today's stock price, I think there's room for capital gains.

STFC, Financial), which sells for a mere 6 times recent earnings and for less than book value (corporate net worth per share).

Based in Columbus, Ohio, State Auto is a property and casualty insurer, selling auto, homeowners and commercial policies. Profits have rarely been great here, but the company did manage to show black ink in 12 of the past 15 years.

Quite a few State Auto executives bought their own company's stock in late 2020 -- a good sign in my opinion. I also like the company's balance sheet, with debt only 13% of book value.

I define a small-capitalization stock as one with a market value of less than $1 billion. State Auto is small with an $829 million market cap. Hills Bancorp (

HBIA, Financial) is smaller yet at $598 million.

Based in Hills, Iowa, the company does some agricultural lending, along with all of the standard functions you'd expect from a smallish bank. It has a 22-year streak of profits going.

When I look at bank stocks, I want to see a return on assets of 1.00% or better. Hills Bancorp has met that standard eleven years in a row.

Conventional wisdom says that rising interest rates are good for banks. I think that's mostly true, and I believe that interest rates will gradually rise in the next two years.

Before today, I've written about the Do Nothing Club 17 times (starting in 1999). My recommendations in this series have been profitable 14 times, and beaten the Standard & Poor's 500 Index nine times.

However, the average three-year return has been above 32%, nicely beating the index, which averaged a bit over 23%.

Bear in mind that my column results are hypothetical: They don't reflect actual trades, trading costs or taxes. These results shouldn't be confused with the performance of portfolios I manage for clients. Also, past performance doesn't predict future results.

Disclosure: I don't own the stocks discussed today, personally or for clients.