Founder's Focus: High Inflation Is Here. Where to Invest Now?

GuruFocus founder and CEO discusses where to invest 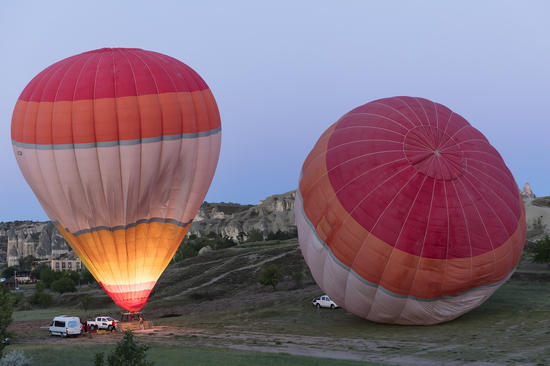 KMX, Financial). She drove it to a CarMax store and got an estimate: $800. It wasn't worth it, she thought, so she drove the car back home and parked it in the front of her house most of the time. A little less than two years later, she heard the prices of used cars had been going up. So she drove the old car to the same CarMax store again. This time she got $2,700.

The inflation rate was 4.2%, according to the Department of Labor Statistics. Is the inflation rate really that low? Matthews or anyone living in the north Dallas area, including myself, would not believe it. A house a few minutes from my neighborhood that sold for $900,000 five years ago is now asking for $1.7 million. Median home prices in the area have gone up more than 25% from a year ago.

Sure, the prices of cars, new and used, have gone up dramatically due to the shortage of semiconductor chips and the troubles in the global supply chain. Home prices rose due to the pandemic, but anyone who is not buying cars or houses still sees a large increase in their car and home insurance premiums.

Why is the inflation we feel so much different from the reported CPI data? One of the reasons is that housing prices are not included in CPI calculation directly. What is included in place of housing prices is the equivalent rent that the owner would pay for the house, which increased just 2% over the last year. But sooner or later, the increase in housing prices will drift to the rent. High inflation is here!

What is worse is the current Federal Reserve has no motive of fighting against inflation. Just yesterday, Randal K. Quarles, the Fed's vice chair for supervision and regulation, said that the central bank expected the inflation to be temporary and that reacting too soon would come at a cost.

In the end of 1970s, when the U.S. was running double-digit inflation, then-Fed Chair Paul Volker raised the overnight borrowing rate to double digits. That killed inflation quickly. But this time, the central bank may not have the luxury of doing the same thing. Why? Because of the national debt. In the 1970s, the national debt was below 40% of the gross domestic product. Today it is at around 140%. The rise of the interest rate will increase the debt burden of the U.S. government. This will lead to the government running an even deeper deficit and having to borrow even more.

Furthermore, inflation is good for borrowers, of which the U.S. government is the largest on earth. In an inflationary environment, prices go up and debt becomes less burdensome. GDP will go up even if the total production of goods and services stays the same. The debt to GDP ratio goes down, and debt becomes more affordable.

But inflation is bad for savers and for businesses. Savers see their purchasing power decline, and businesses need to earn enough just to cover inflation. This was what

Warren Buffett (Trades, Portfolio) wrote when inflation was in the double digits in his 1979 shareholder letter:

"Just as the original 3% savings bond, a 5% passbook savings account or an 8% U.S. Treasury Notes have, in turn, been transformed by inflation into financial instruments that chew up, rather than enhance, purchasing power over their investment lives, a business earning 20% on capital can produce a negative real return for its owners under inflationary conditions not much more severe than presently prevail."

So where should you put your money if you cannot put it in cash?

There aren't many choices. There are only two types of places you can put money: hard assets and businesses. Hard assets are the things that may maintain their value over time. Some forms of hard assets include gold, real estate, collectables, etc. Businesses are the vehicle that may create value so the value of the businesses can grow at a higher rate than inflation. Businesses can be in the forms of wholly-owned businesses or stocks, which represents partial ownership.

I will discuss investing in hard assets to fight against inflation in my next column. Today, I will focus on investing in businesses.

So what kind of businesses will do well during inflationary times? This is what Buffett wrote in his 1981 shareholder letter:

"Such favored business must have two characteristics: (1) an ability to increase prices rather easily (even when product demand is flat and capacity is not fully utilized) without fear of significant loss of either market share or unit volume, and (2) an ability to accommodate large dollar volume increases in business (often produced more by inflation than by real growth) with only minor additional investment of capital."

Therefore, the businesses should have the following characteristics:

This may seem odd, but a lot of companies do not control the prices of what they produce. This is very common for companies that produce commodities such as oil, agricultural products, gold, etc. For example, the price that Exxon Mobil (

It can also be the case for high-tech companies. For example, Alphabet (

GOOG, Financial) and Facebook (FB, Financial) get most of their revenue from advertising. The prices of the keywords or ad space are not set by Google or Facebook. Rather, they are set by the demand for ads at that very moment.

Of course, there are issues with competition and affordability. This brings us to the second point.

Not losing customers when price increases

With the examples I gave above, it is unlikely that people will not eat McDonald's burgers if it raises the prices by 10%. Most people will not even realize it. Consumers also still have to pay for Microsoft's Office products even if the annual subscription prices increase by 10%.

But the same thing cannot be said for Tesla. If Tesla's car prices increases by 10%, a lot of people may delay the purchase, buy a cheaper vehicle or even a used car.

That's the difference between consumer staples and consumer discretionay products. Consumer staple companies should do well during inflationary periods as they can pass the increased costs on to their consumers without losing them.

Being able to scale with minor investments

As I went through the list of industries, I found very few industries qualify for this requirement. The industries that stand out are software and insurance.

A software company can easily accommodate more customers almost without additional investments. If more people buy Microsoft Office, Microsoft almost doesn't need to do anything, unless the increase of the demand is so much that Microsoft has to add more servers to support the website traffic. The same can be said about Adobe (

ADBE, Financial) and Ansys (ANSS, Financial), or even GuruFocus. If the traffic on the GuruFocus website suddenly doubles, everything should stay the same.

Insurance companies are able to increase their capacity without much investment, especially for short-term products such as car and home insurance, because they are paid upfront. An insurance company with underwriting profit doesn't even need capital of its own if more people are buying its insurance.

Those businesses usually have high return on invested capital. That is another favorite characteristic that Buffett likes.

In summary, during inflationary periods, investors should invest in businesses that have real pricing power and have high returns on invested capital. Consumer staples, software and insurance are where to look.

In my next column, I will discuss the hedge against inflation with hard assets such as gold, which Matthews is considering buying.

Not a Premium Member of GuruFocus? Sign up for a free 7-day trial here.
Rating: 5 / 5 (8 votes)
3 Comments
Write for GuruFocus
Submit an article
How to use GuruFocus - Tutorials What Is in the GuruFocus Premium Membership? A DIY Guide on How to Invest Using Guru Strategies GuruFocus New Features