New York-based Moore Capital Management was founded by Bacon in 1989. The firm uses a bold and global macro-based approach to investing. After 30 years of operation, the hedge fund closed itself to outside investors in late 2019 and consolidated its three flagship funds into one proprietary fund. Regarding the new arrangement, Bacon wrote, "now I am once again concentrating on my personal investment account while overseeing a large multi-asset alternatives platform."

Based on its investing criteria, the firm's biggest trades for the quarter were its sales of the iShares iBoxx USD High Yield Corporate Bond Exchange-Traded Fund (

The firm sold out of its 8,862,500-share investment in the iShares MSCI Emerging Markets ETF (

EEM, Financial), which had a -5.06% impact on the equity portfolio. Shares traded for an average price of $54.75 during the quarter.

The firm reduced its stake in JD.com (

JD.com, also known as Jingdong and formerly called 360buy, is one of the two largest business-to-consumer e-commerce companies in China in terms of transaction volume and revenue, the other being Alibaba's (

BABA, Financial) Tmall. The majority of its revenue is derived from online direct sales.

On May 24, shares of JD.com traded around $71.66 for a market cap of $111.72 billion. According to the GuruFocus Value chart, the stock is modestly overvalued. 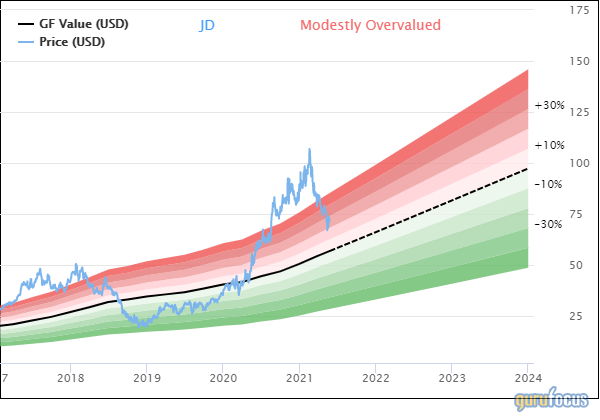 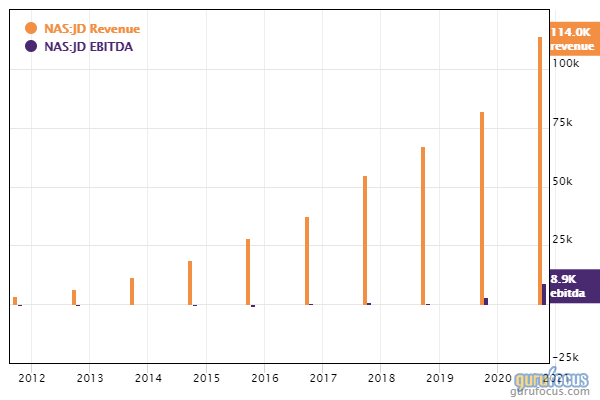 The firm also cut its Bunge (

Bunge is an American agribusiness and food company that is headquartered in Missouri but incorporated in Bermuda to avoid U.S. taxes. It is an international soybean exporter and is also involved in the food processing, grain trading and fertilizer industries.

On May 24, shares of Bunge traded around $86.80 for a market cap of $12.28 billion. According to the GF Value chart, the stock is significantly overvalued. 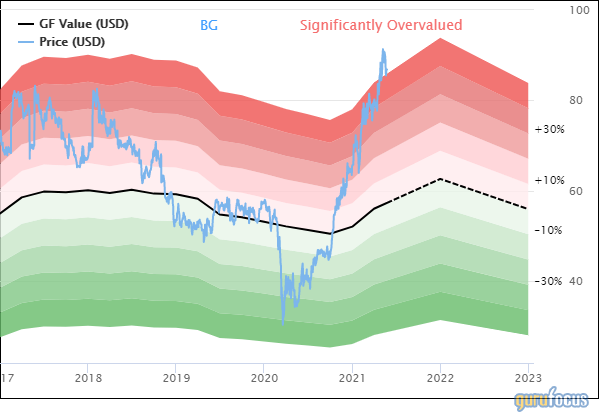 The company has a financial strength rating of 5 out of 10 and a profitability rating of 5 out of 10. The cash-debt ratio of 0.07 is lower than 83% of industry peers, but the Piotroski F-Score of 5 out of 9 suggests financial stability. On average, the return on invested capital keeps up with the weighted average cost of capital, indicating that growth is not particularly profitable but it is also not destroying the value of the company. 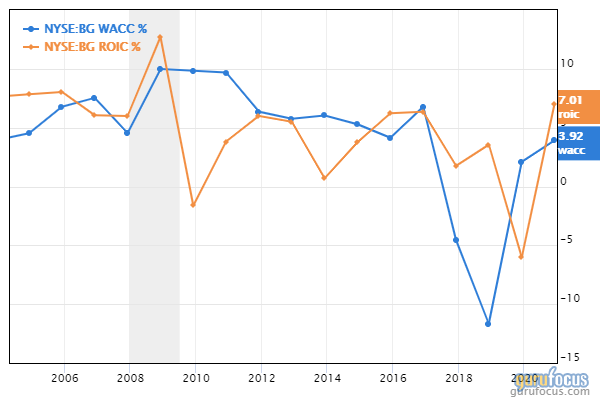 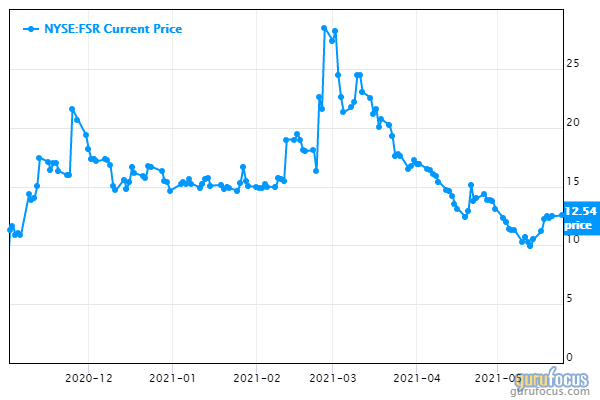 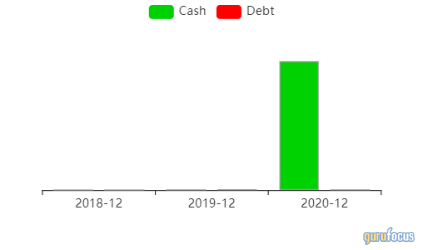 The firm upped its stake in Microsoft (

On May 24, shares of Microsoft traded around $250.78 for a market cap of $1.89 trillion. According to the Peter Lynch chart, the stock is trading above both its intrinsic value and its median historical valuation. 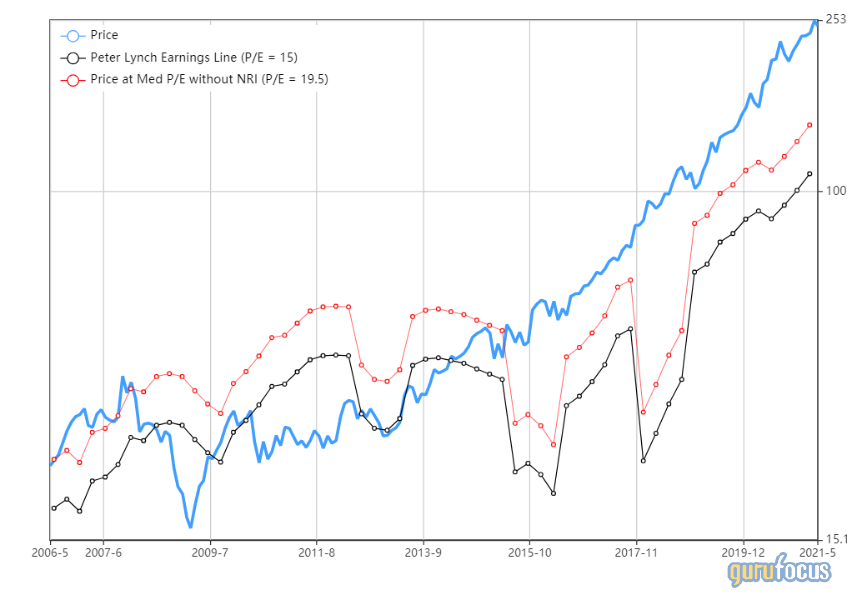 The company has a financial strength rating of 7 out of 10 and a profitability rating of 8 out of 10. The PIotroski F-Score of 8 out of 9 and Altman Z-Score of 8.19 indicate a fortress-like balance sheet. The operating margin of 37.03% and net margin of 30.96% are outperforming than 96% of industry peers. 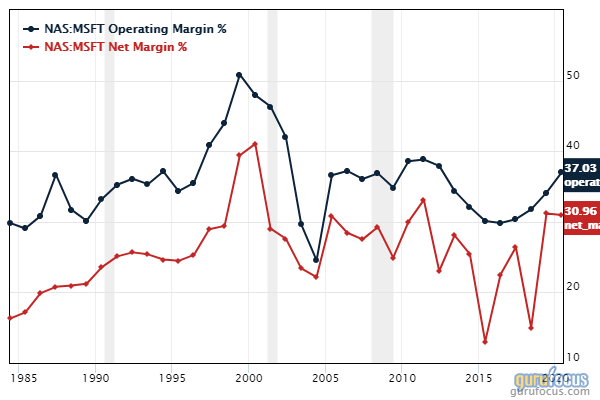 As of the quarter's end, the firm's common stock equity portfolio consisted of 615 holdings valued at $7.87 billion. The top positions were Fisker with 2.15% of the equity portfolio, Magna International Inc. (

In terms of sector weighting, the firm was most invested in financial services, consumer cyclical and industrials. 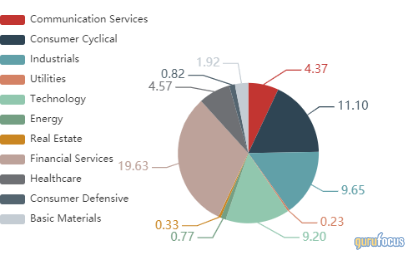 The views of this author are solely their own opinion and are not endorsed or guaranteed by GuruFocus.com
Rating: 0 / 5 (0 votes)
Bookmark