The stock has tripled, but still has room to run

FRD, Financial) - A debt-free steel value-added reseller selling at a rock-bottom price. The stock was at $4.24. Fast forward over a yearlater and the stock is at around $13.50 - well over 300% appreciation. The stock has now hit its all-time high.

As the late great investor Walter Schloss once said, "Good things happen to cheap stocks." I chose this stock when I was thinking about Schloss' investing philosophy last year. His philosophy was to buy cheap companies with a solid balance sheet and then hold till Mr. Market came to his senses.

Schloss was one of Buffett's "Superinvestors of Graham-and-Doddsville." He had an incredible track record over his investing career, achieving a 21.3% compound annual growth rate over the period of 28 years from 1956 to 1984. And, he did it while keeping his own expenses to a minimum.

In his 1994 shareholder letter, Buffett wrote about Schloss: "Please note, that Walter's total office expense is about $11,000 a year as compared to net income of $19 million. Meanwhile, Walter continues to outperform managers who work in temples filled with paintings, staff and computers." 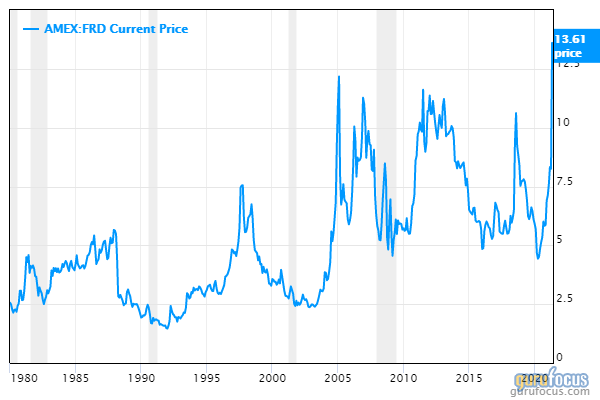 With a market cap of only $92 million, Friedman Industries is a small-cap stock. The company is based in Lone Star, Texas. Friedman operates in two reportable segments: coil products and tubular products. It has three plants in the U.S., all fully owned by the company. The Flat Roll Division operates hot rolled coil processing facilities in Hickman, Arkansas and Decatur, Alabama. The Tubular Division is located in Lone Star, Texas and operates under the trade name Texas Tubular Products. Texas Tubular maintains an extensive stock of new mill reject and new secondary pipe and also operates a pipe finishing facility that is focused on threading oil country tubular goods with semi-premium connections.

Friedman Industries announced guidance for its fourth quarter, which ended March 31, and expects to issue audited results in late June. The company expects net earnings to be in the range of $9.5 million to $10.5 million, making it the most profitable quarter in its history. The estimated net earnings translate into estimated diluted earnings per share in the range of $1.37 to $1.52. Comparatively, diluted earnings per share for the third quarter ended Dec. 31 was 30 cents.

"Rapidly increasing steel prices and our strategic decisions to implement risk management practices and expand our supply chain options ahead of a tightening of global supply are the primary factors driving the significant increase in expected fourth quarter results compared to those of the prior quarter," President and CEO Michael J. Taylor said. "As we enter our 2022 fiscal year, we expect further improvement in operating results for the first quarter ending June 30, 2021 compared to the fourth quarter, due primarily to further escalation of steel prices, which has created a strong margin environment."

The company also announced plans for a new facility in Sinton, Texas to capture additional demand growth with an expanded portfolio and geographic advantages. Steel Dynamics Inc. (SDI) has invited Friedman Industries to co-locate the new facility on the campus of its new flat roll steel mill currently under construction. The Sinton mill will be the most advanced electric arc furnace mini mill in the world and will have an estimated annual capacity of 3 million tons with capabilities of producing flat roll up to one inch thick and 84 inches wide at a 100,000 pounds per square inch yield.

Friedman Industries' Sinton location will consist of an approximately 70,000 square foot building located on approximately 25 acres leased from Steel Dynamics under a 99-year agreement. The company has selected Red Bud Industries to build one of the world's largest stretcher leveler cut-to-length lines, capable of handling material up to one inch thick, widths up to 96 inches and yields exceeding 100,000 psi.

The company expects the location to commence operations in April 2022, and estimates the total cost of the project to be $21 million. On May 19, Friedman Industries signed a credit agreement and related documents with JPMorgan Chase Bank N.A. for a $40 million, five-year asset-based revolving line of credit facility. It expects to fund the Sinton capital expenditure through a combination of cash generated from operations and funds drawn under the ABL Facility.

The company's balance sheet is in excellent shape, with very low debt. As such, it is in a good position to expand. 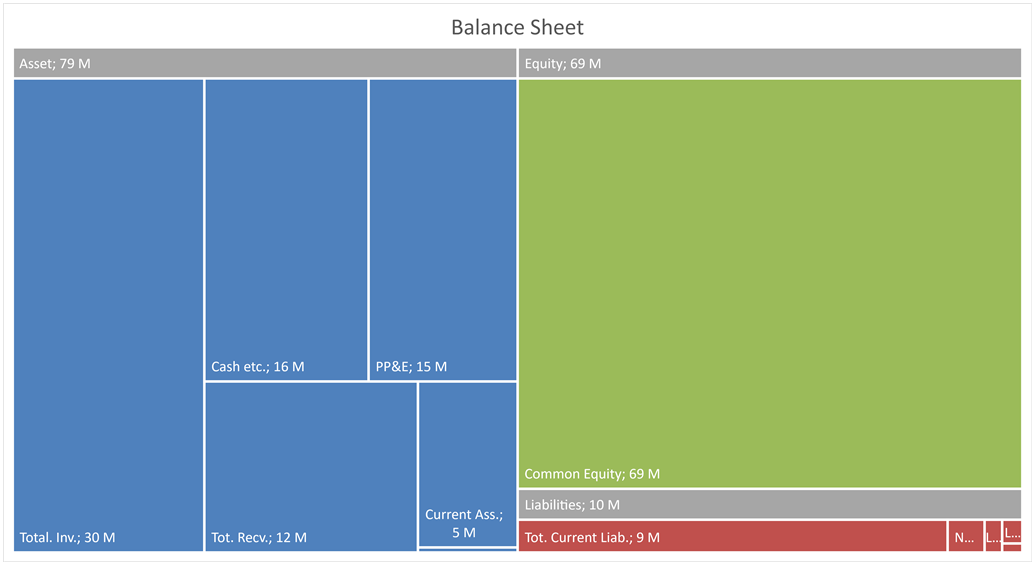 The company is in the highly cyclical basic material sector. Steel demand has exploded with the reopening of the economy as well as huge planned infrastructure spending. Oil companies have to start drilling again, which will increase demand for tubular products.

I think this new demand cycle is still at an early stage and will have legs for a couple more years. While Friedman has tripled from its lows last year, I think it has another double in it. My price target is in the mid-$20s within three years. Stocks like Friedman are not buy-and-hold stocks, but should be sold well before the business cycle peaks. As such, it is important to keep a close eye on them.