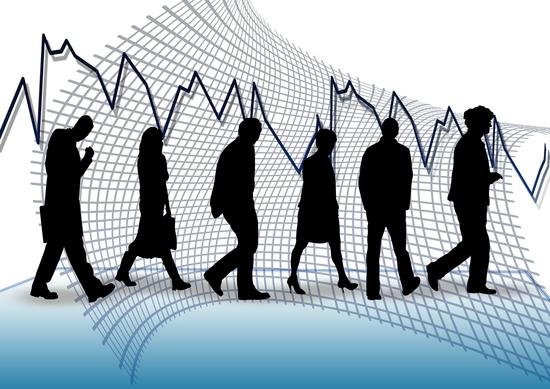 Total nonfarm payroll employment rose by a moderate number of 559,000 in May, according to a report published by the Bureau of Labor Statistics. That's twice the revised gains seen in April, but half as much as the March gains and below analysts' estimate of 650,000.

As expected, the sectors that experienced most of the job gains are those that are benefiting from the opening of the economy as the pandemic eases, like leisure and hospitality (292,000), public (103,000) and private education (41,000) and health care and social assistance (46,000). But the pace of hiring in these sectors has been slow due to government subsidies that may discourage some workers from finding a job, leaving overall employment about 7.6 million jobs below its peak in February 2020.

Still, moderate job growth is bullish for equities. It boosts household income and spending, which eventually translates to the higher top and corporate bottom lines and higher valuations.

What's next for equity prices in this case? Will Wall Street continue to reach new highs, or is it prime for a correction? It depends mainly on how a couple of inflation numbers will come out at the end of the week.

On Thursday, May inflation was released, with the consensus estimate standing at 4.7%. That's up from 4.2% in April and 2.6% in March.

While it's unclear how these numbers will come out, one thing is clear: any upside surprise could take Wall Street for a rough ride.

I/we have no positions in any stocks mentioned, but may initiate a Long position in TQQQ over the next 72 hours.
Rating: 0 / 5 (0 votes)
Write for GuruFocus
Submit an article
How to use GuruFocus - Tutorials What Is in the GuruFocus Premium Membership? A DIY Guide on How to Invest Using Guru Strategies GuruFocus New Features