Having trimmed its holding of Independence Contract Drilling Inc. (

The private investment firm headquartered in New York, which was established in 1995 to manage the assets of Dell Technologies Inc.’s (

According to GuruFocus Real-Time Picks, a Premium feature, MSD sold 8,616 shares of the Houston-based oil and gas company on June 7, impacting the equity portfolio by -0.04%. The stock traded for an average price of $3.96 per share on the day of the transaction.

MSD Capital now holds 113,717 shares total, which account for 0.54% of its equity portfolio. The firm has been trimming the position in recent months after establishing it in the first quarter of 2019. GuruFocus estimates the firm has lost 93.68% on the investment so far.

The onshore drilling services provider has a $28.88 million market cap; its shares were trading around $4.38 on Thursday with a price-book ratio of 0.13 and a price-sales ratio of 0.38.

Despite the volatility present in the energy sector and severe drop in share price over the past couple of years, the GF Value Line suggests the stock is fairly valued currently. 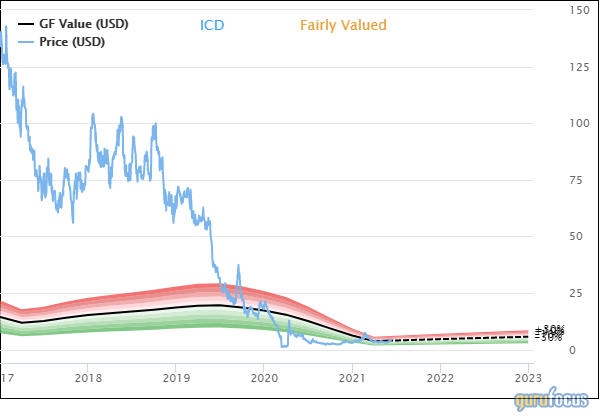 The company reported its first-quarter results on May 4, posting an adjusted net loss of $2.64 per share on $15.5 million in revenue. 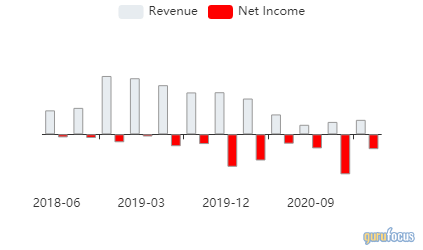 During the quarter, the company had 12 rigs in operation, including three that had been reactivated. In a statement, CEO Anthony Gallegos indicated he was “pleased” with Independence Contract Drilling’s performance.

“It played out very much as expected as we safely and successfully reactivated several rigs during the quarter,” he said. “The reactivations were on budget, and the rigs hit the ground running for our clients with minimal downtime, in a few instances setting drilling records for our clients right away. We have maintained strong cost control and operational efficiency throughout this process, but I am even more excited with the progress we made at quarter end and so far during the second quarter.”

Gallegos also noted the company is seeing increased demand for its rigs as well as day rate improvement in renewals and reactivations.

“By the end of the second quarter, we expect to have at least 15 rigs operating, of which six will be 300 series rigs, and based upon inquiries to date and stable commodity prices, we expect further reactivations during the back half of the year and continued positive day rate momentum," he said.

GuruFocus rated Independence Contract Drilling’s financial strength 3 out of 10. As a result of issuing approximately $19.6 million in new long-term debt over the past three years, the company has poor interest coverage. In addition, the Altman Z-Score of -1.33 warns the company is in distress and could potentially be in danger of bankruptcy if it does not improve its liquidity position. 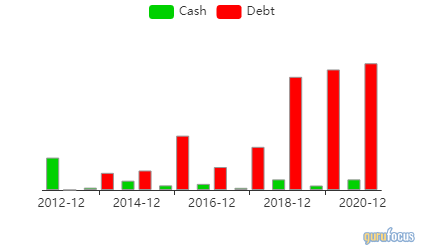 The company’s profitability did not fare well either, scoring a 1 out of 10 rating on the back of negative margins and returns that underperform a majority of competitors. Independence Contract Drilling also has a low Piotroski F-Score of 1, which indicates operating conditions are in poor shape. It has also recorded a loss in operating income and declining revenue per share over the past several years. 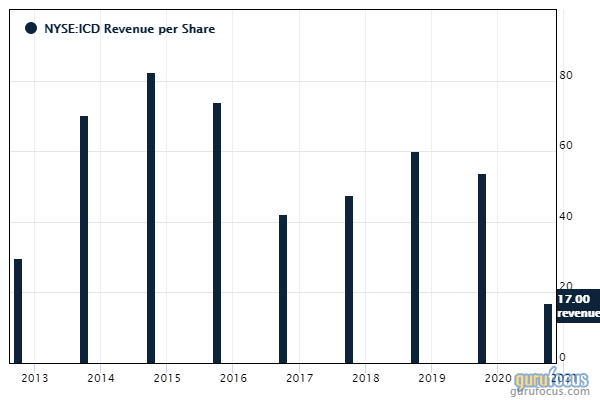 MSD Capital’s $83 million equity portfolio was composed of three stocks as of the end of the first quarter. The firm’s other two holdings are Dine Brands Global Inc. ( 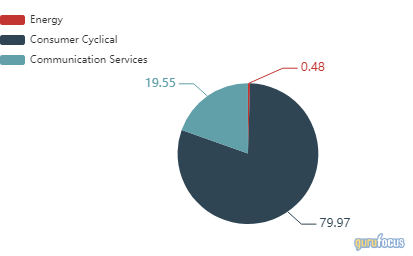