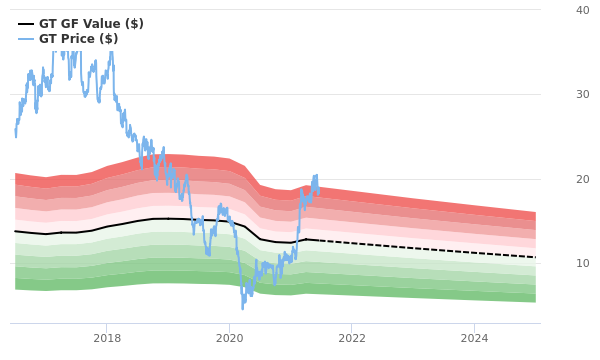 Because Goodyear Tire & Rubber Co is significantly overvalued, the long-term return of its stock is likely to be much lower than its future business growth. 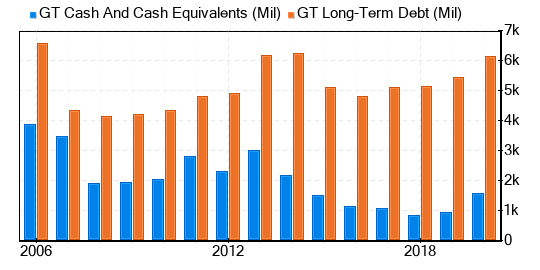 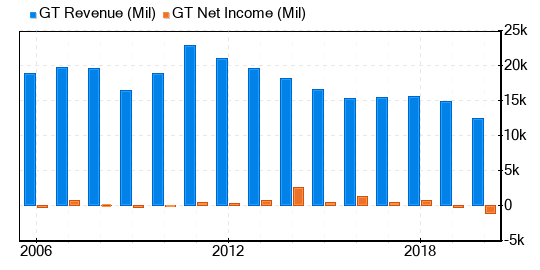 Growth is probably the most important factor in the valuation of a company. GuruFocus research has found that growth is closely correlated with the long term performance of a company’s stock. The faster a company is growing, the more likely it is to be creating value for shareholders, especially if the growth is profitable. The 3-year average annual revenue growth rate of Goodyear Tire & Rubber Co is -4.7%, which ranks worse than 68% of the companies in Vehicles & Parts industry. The 3-year average EBITDA growth rate is -71.4%, which ranks in the bottom 10% of the companies in Vehicles & Parts industry. 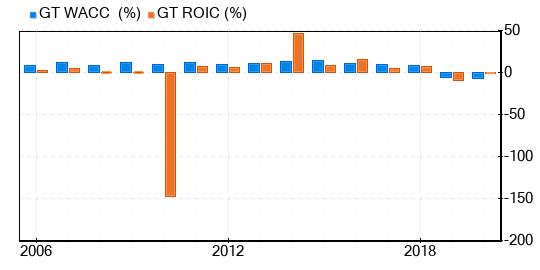 Overall, the stock of Goodyear Tire & Rubber Co (NAS:GT, 30-year Financials) shows every sign of being significantly overvalued. The company's financial condition is poor and its profitability is fair. Its growth ranks in the bottom 10% of the companies in Vehicles & Parts industry. To learn more about Goodyear Tire & Rubber Co stock, you can check out its 30-year Financials here.