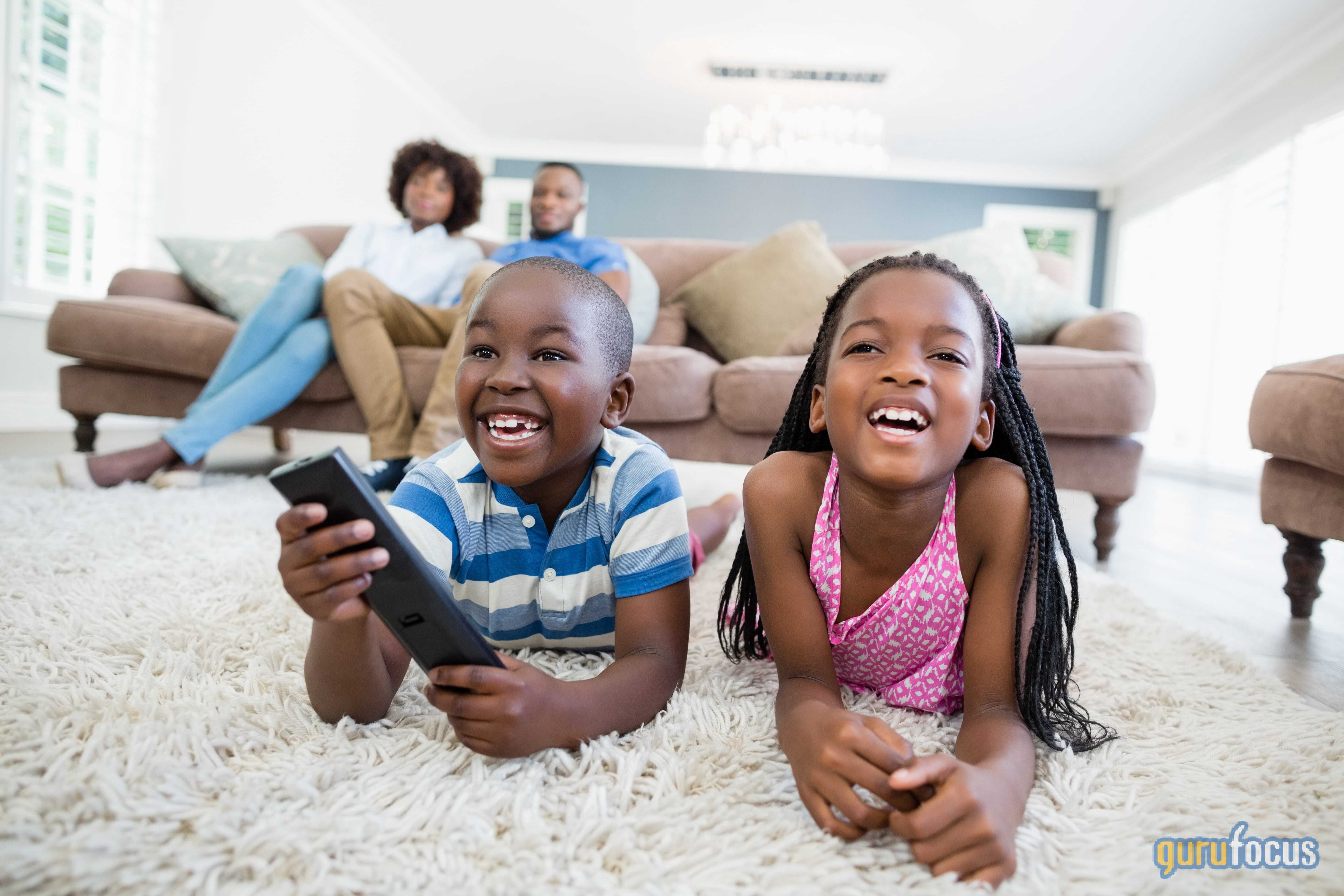 The children’s digital consumption market is a fast-growing space with relatively few dedicated players. Research carried out by PwC estimates the market to be worth over $1 billion with expected double-digit growth in the coming years.

However, there are not a lot of companies dedicated solely to providing online entertainment content for children under 13 with adequate controls for parents. Grom Social (

GROM, Financial) is a microcap player that has been active in this domain for a while. The company was initially trading on OTC platforms, and its recent up-listing to the NASDAQ for better reach and volumes indicates a promising future.

Grom Social Enterprises was founded in 2012 and has its headquarters in Boca Raton, Florida. It is a media and entertainment company catering to the market of children under 13 years of age. The company produces children’s content and distributes the same through its own social network and content platform.

Its animation studio, Top Draw, which is based in Manila, Philippines, handles the complete process of content production and produces animated films and television series for its platform as well as for third-party clients.

The company’s social media platform, Grom Social, provides the content developed by Top Draw as well as a number of other interesting features for children, such as creating their own customized “Gromatar” profiles and interacting with other children through direct messaging, sharing drawings, pictures, liking, commenting, and so on. It is a COPPA (Children's Online Privacy Protection Act) compliant platform that looks to deliver kid-safe content in a safe and secure environment that is easy for parents to monitor.

The company also provides web filtering services to schools and government agencies. Grom essentially caters to children below 13 years of age and their parents and guardians, and its core focus is the delivery of quality gives it an edge over competitors.

While Grom may appear to be more of a social media and content company, its biggest revenue earner and the largest contributor to its operating income is its animation studio subsidiary, Top Draw Animation.

Top Draw has been in the 2D animation business for a couple of decades and operates through a 30,000 square foot animation studio based in Manila in the heart of the Philippines. It produces animation content for many global media giants such as Disney (

DIS, Financial), Warner Brothers (T, Financial), Scholastic, Nickelodeon, Hasbro, DreamWorks and Cartoon Network. It produces around 250 half-hour episodes of 2D animation each year and has accumulated the production of more than 2000 half-hours under the Top Draw banner.

Some of its renowned international productions include names such as My Little Pony: The Movie (2018), The Hollow (2018) and Penn Zero: Part Time Hero Season 2 (2017). Most of Grom’s revenues today come from Top Draw, and while the Covid-19 pandemic did slow down the animation activity in 2020 on account of the lockdowns, Top Draw should be back on track in 2021 with revenues growing steadily over the past few quarters.

The Covid-19 pandemic has given a huge boost to the online entertainment industry. Consumption of online video content has increased leaps and bounds over the past year and the subscribers of over-the-top (OTT) platforms like Netflix (

NFLX, Financial) and Disney+ have gone through the roof.

However, there is an increasing worry among the parental community with respect to the consumption of sensitive online content by children. As a matter of fact, many social media giants like Facebook (

FB, Financial) have been fined billions of dollars by authorities for their limited ability to ensure children’s safety with respect to the consumption of sensitive online content.

Grom Social has a particularly high relevance here as it is a COPPA-compliant social network that is dedicated to children but simultaneously offers sufficient safeguards to parents to control and monitor the content being viewed by their kids. Its platform provides features like recording and sharing videos, going live, commenting, inserting hashtags, streaming video, direct messaging, music and thousands of hours of animated content on Grom TV meant for children’s consumption.

It has made its intentions to expand even more clear by announcing the acquisition of Curiosity Ink Media, another producer of original kid-friendly content, to compliment Top Draw’s work. It is worth highlighting that the company’s platform has close to 15 million registered users (both kids and parents) and this user base could grow rapidly with the improving quality of content and the increased marketing efforts. 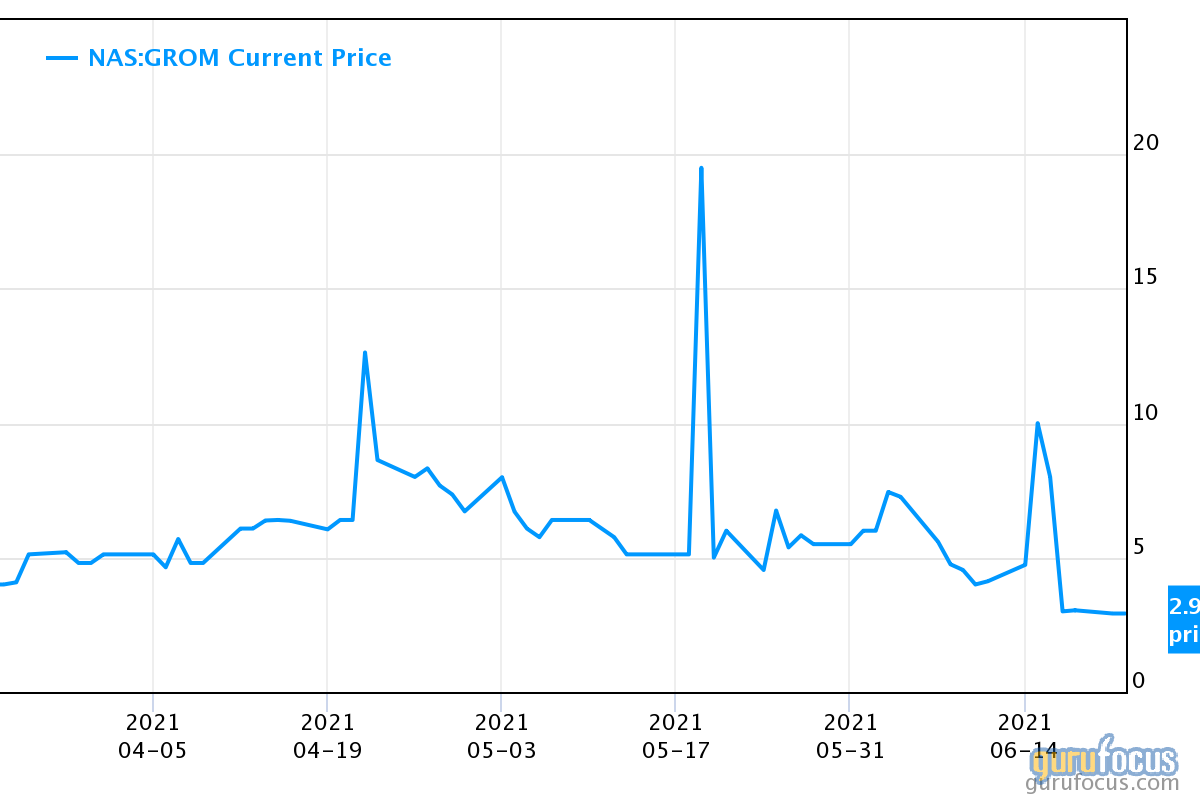 As we can see in the chart above, Grom has been a volatile stock like any typical microcap, but its trajectory has been flat given the fact that its core Top Draw business was suffering from Covid-19 headwinds.

Given that the company is operating in a fast-growing niche of children’s entertainment and animation, I think the stock could easily trade at higher valuations as it grows. The company reported a 45% growth in revenues for the first quarter of 2021, which is a very positive sign with respect to its post-Covid recovery. To sum up, I believe that Grom Social is an attractive pick at current levels and has strong potential for growth as well as multiples expansion.