Pandemic-induced shortages causing a ripple effect throughout the chicken industry 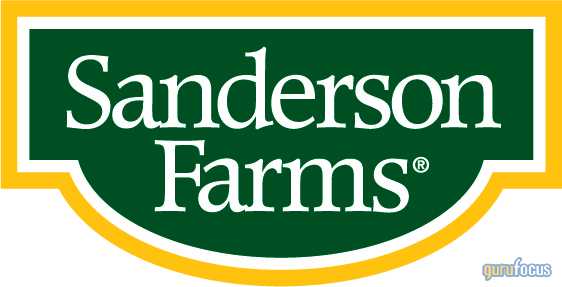 SAFM, Financial) jumped over 10% on Tuesday in light of news that the company is considering a potential sale amidst a chicken shortage.

Sanderson Farms is a dressed-chicken processor in the United States, producing and selling a variety of fresh, frozen and value-added chicken products to grocers, food-service operators and distributors. Most revenue is generated in the Southeastern, Southwestern, Northeastern and Western U.S. The company's product portfolio consists of tray packs and large birds, catering to grocery and food-service customers. It sells chill-packed, ice-packed, bulk-packed and frozen chicken in whole, cut-up and boneless form under the brand name Sanderson Farms to retailers, distributors and casual dining operators.

June 22 saw share prices jump to $183.35 from $166.58 at close the night before. The company’s stock has been on the rise for the better part of a year as pandemic-induced restrictions have begun to lighten and restaurants see increased sales. According to the GF Value Line, the shares are sitting at a modestly overvalued rating. 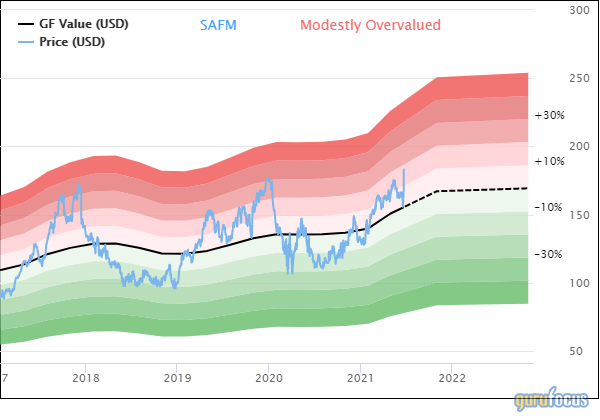 As reported by The Wall Street Journal, the company has hired Centerview Partners, an investment banking firm, to give advice on the sale with the potential buyers list including Continental Grain Company. If Centerview Partners advises in favor of a purchase by Continental Grain Company, which owns the sixth-biggest U.S. chicken producer Wayne Farms LLC, the company could capture a significant portion of the market.

SAFM, Financial) is currently the third-biggest chicken producer in the country based upon its processing capacity. According to The Street, the merger between Sanderson and Wayne Farms would form a company that would produce approximately 15% of the country’s chicken meat.

TSN, Financial) and Pilgrims Pride Corp. (PPC, Financial) have each seen the same rises in share prices throughout the year as demand rises for chicken. 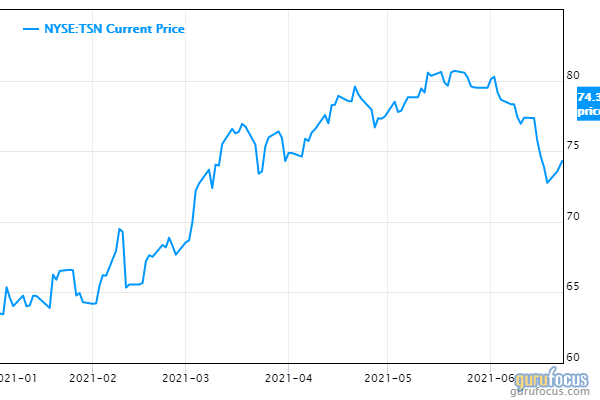 Despite the increase in demand, pandemic-induced shortages have caused a ripple effect throughout the chicken industry. Sanderson reported at the end of May it had experienced labor shortages, leading to an increased reliance on robot labor. The issue was further complicated by surging prices for building materials and animal feed.

Sanderson is not alone in its struggles with pandemic shortages. Wingstop Inc. (

WING, Financial) “hacked” its own brand earlier this week and launched Thighstop, an online retailer that will serve chicken thighs along with the company’s signature sauces and rubs due to a lack of supply in chicken wings.

The new initiative comes on the heels of the same labor problems seen by Sanderson. Wingstop CEO Charlie Morrison told CNBC that the pandemic had caused staffing issues, leading to decreases in the total number of chickens slaughtered with the same thoughts echoed by Papa John’s International Inc. (

An overall lack of workers around the country has cut production capacity and overall availability despite these companies best efforts to keep up with demand. With shortages in labor seemingly set to continue throughout the year, manufacturers may need to rethink their strategy to keep up with demand. Those that are able to adapt and overcome these labor shortfalls should see profits rise alongside the price of their products.