Key Indicators Show the Housing Market Is Cooling Off

Supply constraints are still present, so the slowdown is a welcome relief for real estate companies 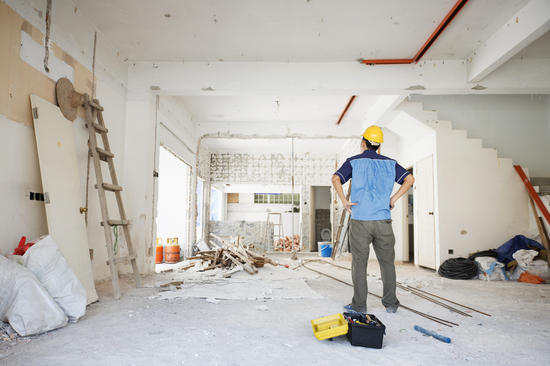 New data from the National Association of Realtors shows that sales of existing homes fell 0.9% in May to a seasonally adjusted annualized rate of 5.8 million units. This marks the fourth month in a row of declines in existing home sales as sellers are in short supply. According to the U.S. Census, sales of newly built homes also dropped 6% in April compared with March.

Additionally, the Mortgage Bankers Association said that last week, applications for a mortgage to purchase a home fell 3% and were 2% lower than the same week a year ago. The average interest rate for 30-year fixed-rate mortgages decreased to 3.17% from 3.18%.

However, data collected by Redfin Corp. (

RDFN, Financial) reveals that the median price for homes on its platform increased 24% year over year to $358,749 for the four-week period ended June 6, a record high. Pending home sales were up 29% over the same time frame, while new listings of homes for sale were up 9%.

It’s clear that the housing market is still hot, just not quite as red-hot as it has been over the past year. The signs of a cooldown are beginning to appear. However, according to Redfin CEO Glenn Kelman, the cooldown is actually a welcome development for real estate companies.

“For the past couple of weeks, housing has been hot instead of blazing hot, and it’s actually probably good for the market. We’ve been running too hot for too long,” Kelman said in an interview on CNBC’s Closing Bell. “Sometimes you’ll hear an agent say, ‘Well, we only got five or 10 offers on this property instead of 15 or 20,’ so I still think we’ll be supply constrained. There are more buyers than sellers.”

It seems like demand for homes is still outpacing supply. Many of the key drivers for the hot housing market are also still present and likely will be for the long-term, such as increased geographic flexibility resulting from remote work and the migration of people from areas with a higher cost of living to areas with a lower cost of living.

In some ways, the slight drop in demand comes as a relief for real estate brokers, as it grants some much-needed breathing room. They are still typically getting multiple bids for homes but not usually in the double-digits range, and more sellers really need to come into the market before they can continue growing their profits in a meaningful way.

Aside from short supply, another major contributor to the housing market cooldown is rising prices. Buyers have been somewhat able to use lower interest rates to clear the hurdle of higher prices, but as prices have kept on increasing, not even lower interest rates are enough to make up the difference anymore.

“Sales are essentially returning towards pre-pandemic activity,” noted Lawrence Yun, chief economist for the Realtors association. “Lack of inventory continues to be the overwhelming factor holding back home sales, but falling affordability is simply squeezing some first-time buyers out of the market.”

The combination of lower supply and higher prices has had a far greater effect on the lower end of the housing market compared to the upper end. According to the numbers for May, sales of homes in the $100,000 to $250,00 range dropped 2% compared to a year ago, while sales of homes in the $750,000 to $1 million range jumped 178% due to higher supply. Everywhere in the U.S. except the Midwest region, where homes are cheaper than anywhere else in the country, has seen sales decline.

Inflation is also a factor in limiting customers’ budgets. By itself, higher inflation wreaks enough havoc on consumer finances, and if inflation numbers keep running hotter than expected, the Federal Reserve might have to raise interest rates sooner as well. Thus, affordability is becoming more of a concern.

Compared to the lower end of the housing market, the higher end is still going strong, but there is buyer fatigue even among the wealthy who are in the market for second homes or more expensive homes. Oftentimes they are out-bid by other buyers on house after house until they are no longer seeing anything on the listings that they like.

“A lot of it is just they don’t want to participate in these bidding wars. They’re tired of getting blown out,” Kelman said. “We’ve had so many buyers say, ‘I’ll be back in a month or two, but I just need to take a break,’ because the psychological toll of losing weekend after weekend, offer after offer, has really been hard on some of our homebuyers.”

The ‘cooldown’ and stock prices

A slowdown in demand for housing might come as a relief for real estate brokers, who stand to gain in the long run from waiting for supply to catch up with demand. It’s also not necessarily a bad thing for homebuilders either as long as demand continues to be higher than supply.

However, how will the stock prices of companies in the housing market fare if investors continue to see home sales slowing down? Many investors have piled into these stocks not because they believe they are trading lower than their intrinsic values but because they expect the strong housing market and strengthening economy to send their share prices higher.

Shares of Redfin, for example, were bid up to above $90 in March of 2021 compared to $13 a year ago before falling back to the $60 range by June. For this stock, it is clear that the speculative fervor bubble popped when the first signs of a cooldown in the housing market began to appear. At a price of around $59.19 on June 22, the GuruFocus Value chart estimates that the stock’s intrinsic value will not catch up with its share price until the beginning of 2022. If the company continues to grow, however, investors could still profit in the long run. 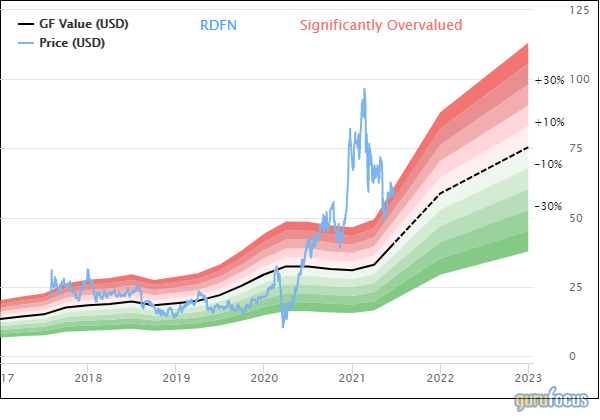 ZG, Financial), has also pulled back sharply from its highs in February and March. Shares are currently still overvalued, but the company’s intrinsic value could catch up to the share price by the end of 2021 according to the GF Value chart. 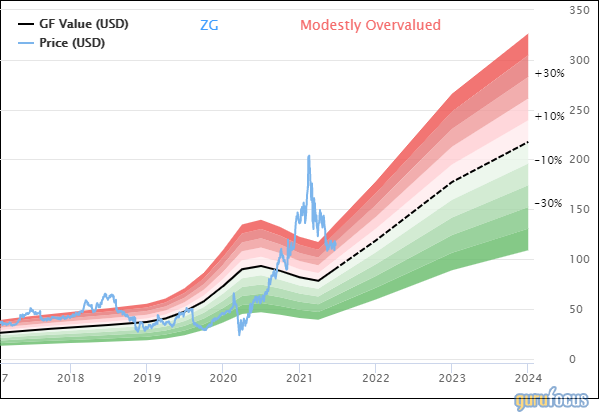 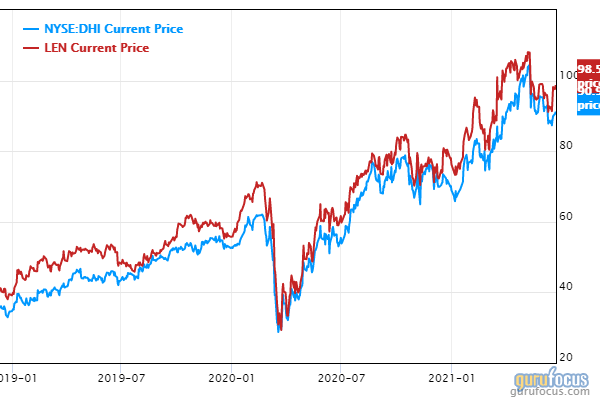 Although the housing market is beginning to cool off, especially for homes on the lower end of the pricing spectrum, supply is still down relative to demand. The cooldown could help with allowing supply to catch up with demand somewhat, easing availability and affordability issues and thus increasing profits for homebuilders and real estate brokers alike.

However, some headwinds remain, including inflation, interest rate hikes and the fact that housing prices have long been growing faster than wages. Some stocks in the real estate sector are also overheated due to investor enthusiasm, so their prices could be impacted by news of declining home sales.

Investors who are interested in this sector should keep their eyes on factors such as supply and affordability. Supply increases would certainly be a bullish sign for real estate stocks as long as there is sufficient demand to snap up the new availability. Factors that would affect the affordability of housing, including inflation, interest rates, employment and any changes in the average minimum wage, are also worth keeping an eye on.

I/we have no positions in any stocks mentioned, and no plans to initiate any positions within the next 72 hours.
The views of this author are solely their own opinion and are not endorsed or guaranteed by GuruFocus.com
Rating: 5 / 5 (3 votes)
Bookmark