4 Video Game Companies to Play With in July

In light of Nintendo Co. Ltd. (

The Japanese video game giant announced on Tuesday a new version of its Switch console, featuring a seven-inch OLED screen, a wide adjustable stand, a dock with a wired LAN port, 64 gigabytes of internal storage and enhanced audio. The console debuts on Oct. 8 with a retail price of $349.99, compared to the standard model’s price of $299.99 and the Switch Lite’s price of $199.99.

SONY, Financial) and Microsoft Corp. (MSFT, Financial) have trouble meeting demand for the PlayStation 5 and Xbox Series X consoles due to the ongoing chip shortage. Sony said in its fiscal fourth-quarter earnings presentation that although fiscal 2021 sales are forecasted to increase from fiscal 2020 sales, fiscal 2021 operating income is expected to decrease on the back of anticipated increases in costs primarily for game software equipment. Sony further said that while it expects to sell more units of its PlayStation 5 than it did during the second year of its PlayStation 4 launch, ongoing supply constraints for components like semiconductors are expected to continue in 2021.

As such, investors may find opportunities in video game companies that have high financial strength and profitability. GuruFocus’ financial strength rank considers metrics like the Altman Z-score, interest coverage ratio and debt-to-equity ratio. Likewise, GuruFocus’ profitability rank considers metrics like operating margin growth, consistency of revenue and earnings growth and number of years of positive earnings over the past 10 years.

ATVI, Financial) publishes popular video games like "Call of Duty" and "World of Warcraft." GuruFocus ranks the Santa Monica, California-based company’s profitability 9 out of 10 on several positive investing signs, which include a 3.5-star business predictability rank, a high Piotroski F-score of 7 and an operating margin that has increased approximately 6.1% per year on average over the past five years and is outperforming approximately 90% of global competitors. 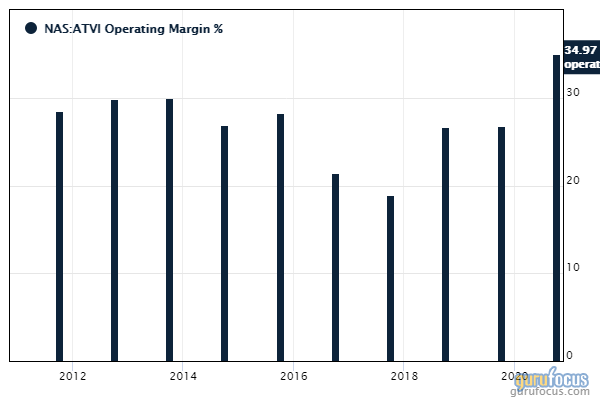 Activision Blizzard’s financial strength ranks 7 out of 10 on the back of a high Altman Z-score of 7.19 despite interest coverage and debt ratios underperforming more than 55% of global competitors. 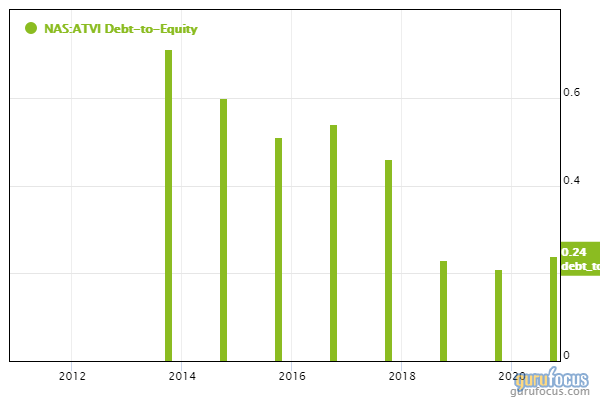 Gurus with holdings in Activision Blizzard include

EA, Financial) publishes video games like "Madden," "FIFA" and "Apex Legends." GuruFocus ranks the Redwood City, California-based company’s profitability 8 out of 10 on the back of profit margins and returns outperforming more than 70% of global competitors. 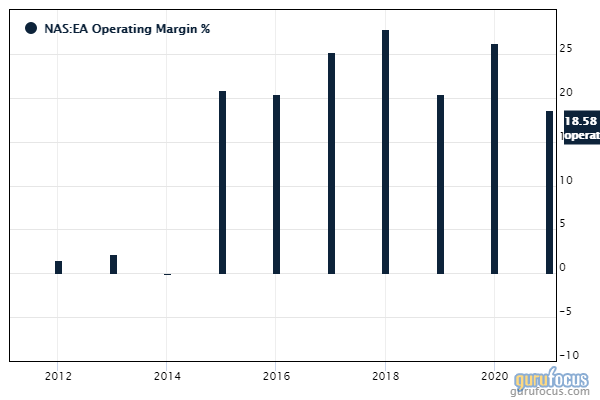 Electronic Arts’ financial strength ranks 7 out of 10 on the back of a strong Altman Z-score of 6.41 despite interest coverage and debt ratios underperforming more than 63% of global competitors. 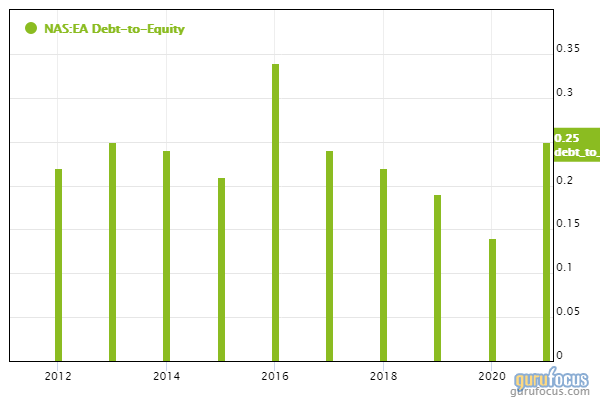 TTWO, Financial) operates games like NBA 2K and Grand Theft Auto. GuruFocus ranks the New York-based company’s financial strength and profitability 7 out of 10 on several positive investing signs, which include a high Piotroski F-score of 7, a strong Altman Z-score of 6.34, debt ratios that outperform more than 65% of global competitors and profit margins and returns that outperform more than 75% of global peers. 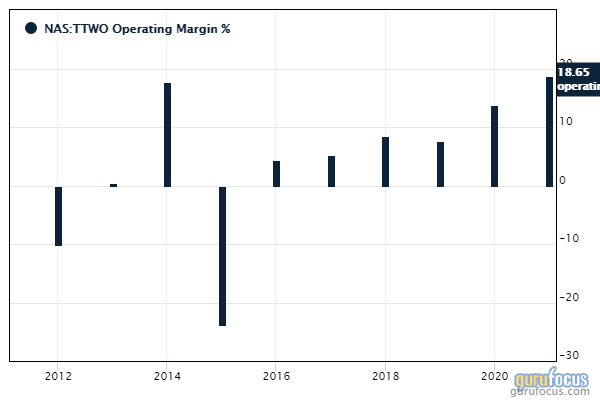 GRVY, Financial) publishes video games like "Ragnarok Online," "Requiem" and "Dragonica." GuruFocus ranks the South Korean gaming company’s financial strength 9 out of 10 on several positive investing signs, which include a high Piotroski F-score of 9 and a strong Altman Z-score of 10.66. 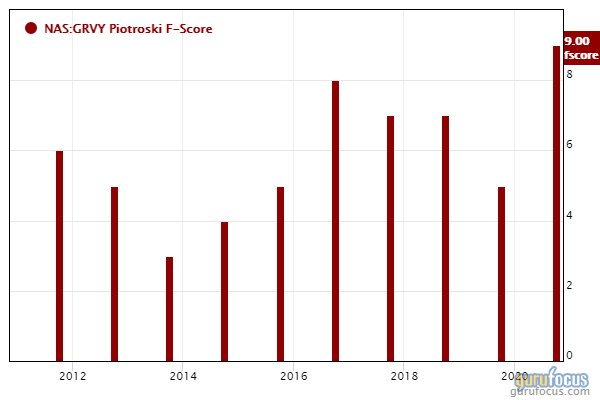