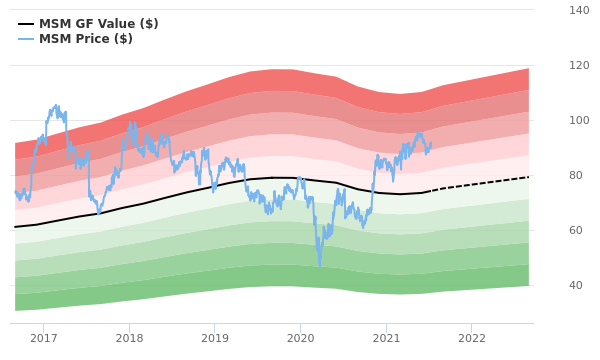 Because MSC Industrial Direct Co is significantly overvalued, the long-term return of its stock is likely to be much lower than its future business growth, which averaged 4.2% over the past three years and is estimated to grow 0.62% annually over the next three to five years. 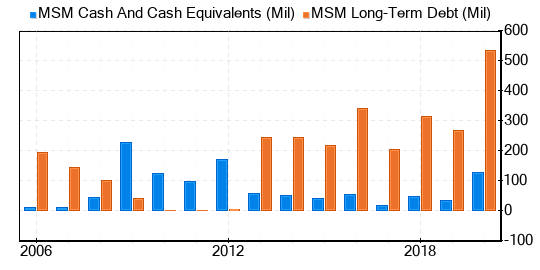 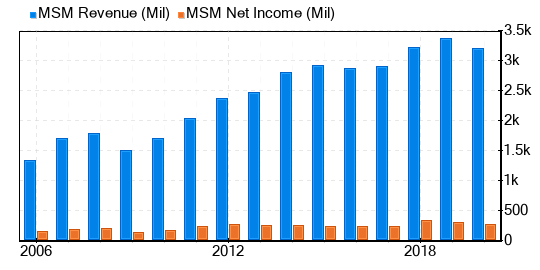 Growth is probably one of the most important factors in the valuation of a company. GuruFocus’ research has found that growth is closely correlated with the long-term performance of a company’s stock. If a company’s business is growing, the company usually creates value for its shareholders, especially if the growth is profitable. Likewise, if a company's revenue and earnings are declining, the value of the company will decrease. MSC Industrial Direct Co’s 3-year average revenue growth rate is in the middle range of the companies in Industrial Distribution industry. MSC Industrial Direct Co’s 3-year average EBITDA growth rate is -1%, which ranks worse than 66% of the companies in Industrial Distribution industry. 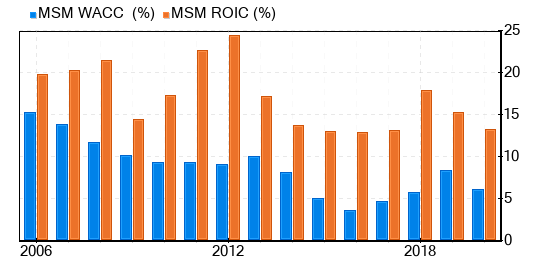