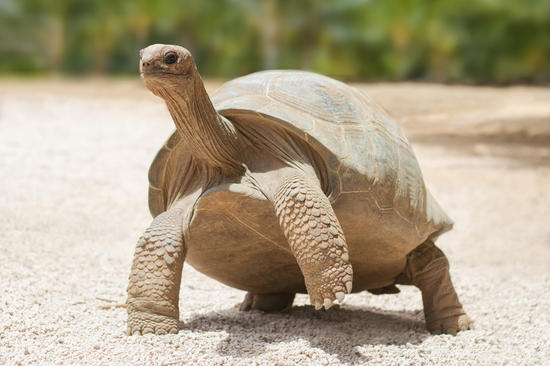 John Rogers (Trades, Portfolio), leader of Ariel Investments, disclosed last week his firm made changes to its portfolio on June 30.

The guru’s Chicago-based firm invests in undervalued small and mid-cap companies that have sustainable competitive advantages, high barriers to entry and predictable fundamentals that allow for double-digit earnings growth. Like the tortoise featured in the firm’s logo, Rogers emphasizes that patience, independent thinking and a long-term outlook are necessary for generating good returns.

According to GuruFocus Real-Time Picks, a Premium feature, the firm upped its stake in Madison Square Garden Entertainment Corp. (

With an impact of 0.52% on the equity portfolio, Ariel upped its stake in Madison Square Garden Entertainment (

The firm now holds 3.2 million shares total, accounting for 2.64% of the equity portfolio. GuruFocus estimates it has gained 1.35% on the investment.

The New York-based company, which owns and operates entertainment venues like Radio City Music Hall, the Beacon Theatre and other popular dining and nightlife destinations, has a $1.98 billion market cap; its shares were trading around $81.96 on Monday with a price-book ratio of 0.76 and a price-sales ratio of 22.11. 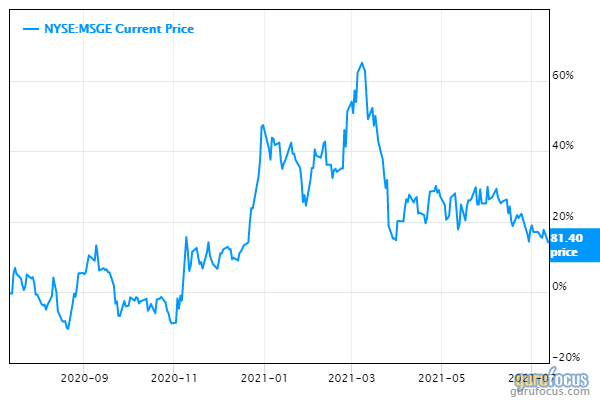 Madison Square Garden's financial strength was rated 4 out of 10 by GuruFocus on the back of a stable cash-to-debt ratio of 1.44. The Altman Z-Score of 0.95, however, warns the company could be at risk of bankruptcy.

Weighed down by negative margins and returns on equity, assets and capital that underperform competitors, the company's profitability scored a 1 out of 10 rating.

Of the gurus invested in Madison Square Garden, Rogers’ firm has the largest stake with 13.27% of outstanding shares.

CPIX, Financial), impacting the equity portfolio by -0.01%. Shares traded for an average price of $2.85 each on the day of the transaction.

It now holds 12,033 shares total. Ariel has gained an estimated 4.17% on the long-held investment according to GuruFocus.

The pharmaceutical company, which is headquartered in Nashville, Tennessee, has a market cap of $51.12 million; its shares were trading around $3.40 on Monday with a price-book ratio of 1.08 and a price-sales ratio of 1.3.

The GF Value Line suggests the stock is a potential value trap currently based on its historical ratios, past performance and future earnings projections. 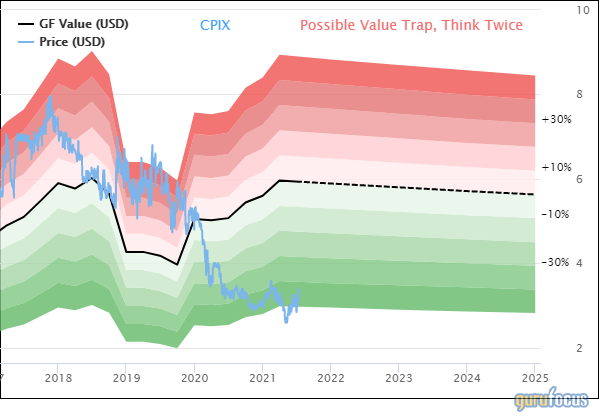 Cumberland Pharmaceuticals’ financial strength and profitability were both rated 4 out of 10 by GuruFocus. The Altman Z-Score of 1.17 warns the company could be at risk of going bankrupt if it does not improve its liquidity. Its assets are also building up at a faster rate than revenue is growing, suggesting it may be becoming less efficient.

The company is also being weighed down by negative margins and returns that underperform a majority of industry peers. It has a moderate Piotroski F-Score of 6, however, implying operations are stable. Although revenue per share has declined over the past five years, Cumberland has a predictability rank of one out of five stars. According to GuruFocus, companies with this rank return an average of 1.1% annually over a 10-year period.

MIND, Financial). On the day of the transaction, the stock traded for an average per-share price of $1.94.

The firm now holds 1.28 million shares total, giving it 0.02% space in the equity portfolio. GuruFocus data shows it has lost an estimated 75.15% on the investment since the second quarter of 2009.

The Woodlands, Texas-based company, which provides technology solutions for the exploration, survey and defense applications in the oceanographic, hydrographic, defense, seismic and security industries, has a $27.55 million market cap; its shares were trading around $2 on Monday with a price-book ratio of 9.3 and a price-sales ratio of 1.15.

According to the GF Value Line, the stock appears to be fairly valued currently. 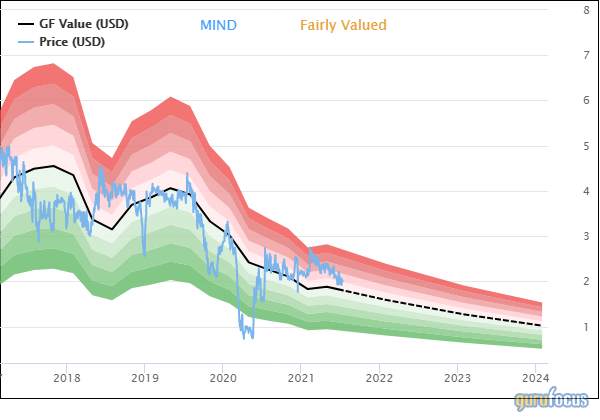 GuruFocus rated MIND’s financial strength 5 out of 10. While debt ratios seem to be performing well, the Altman Z-Score of -2.14 warns that the company could be at risk of going bankrupt if it does not improve its liquidity. The Sloan ratio also indicates it has poor earnings quality.

The company’s profitability did not fare as well with a score of 2 out of 10. Despite having an expanding operating margin, MIND is being weighed down by negative returns that underperform a majority of competitors. It also has a low Piotroski F-Score of 3, suggesting business conditions are in poor shape, and a one-star predictability rank that is on watch as a result of revenue per share declining over the past several years.

Rogers’ firm is the company’s largest guru shareholder with a 9.34% stake. Simons’ firm also has a position in MIND Technology.

The firm divested of its 1,769 remaining shares of GlassBridge Enterprises (

GLAE, Financial). The stock traded for an average price of $84 per share on the day of the transaction.

GuruFocus estimates Ariel gained 509.93% on the investment, which was established in the fourth quarter of 2020.

The investment and asset management company, which is headquartered in Oakdale, Minnesota, has a market cap of $3.15 million; its shares were trading around $125 on Monday with a price-book ratio of 0.22 and a price-sales ratio of 4.46.

Based on the median price-sales chart, the stock appears to be overvalued currently. 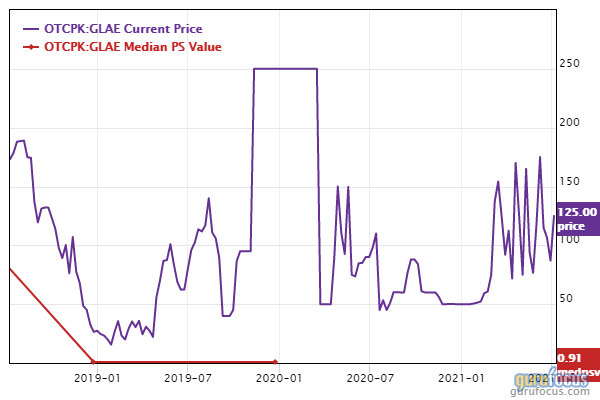 GlassBridge’s financial strength and profitability were both rated 1 out of 10 by GuruFocus. In addition to a low Altman Z-Score that warns of potential bankruptcy risk, the Sloan ratio is indicative of poor earnings quality.

The company is also being weighed down by negative margins and returns that underperform a majority of industry peers. GlassBridge also has a moderate Piotroski F-Score of 4 and, despite recording a decline in revenue per share over the past several years, a one-star predictability rank.

No other gurus are currently invested in the stock. 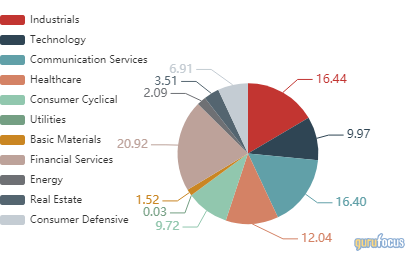 The fund's five largest holdings as of March 31 were Baidu Inc. (