The guru has been selling Tencent 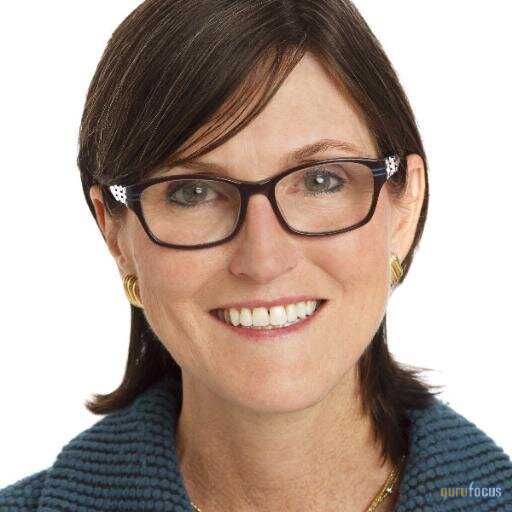 ARKK, Financial), has been selling Chinese tech giant Tencent Holdings (TCEHY, Financial)(HKSE:00700, Financial), which she bought a few months ago. A large portion of those shares were bought at higher than current prices.

Apparently, the investor is concerned about the recent crackdowns by the Chinese government, which may weaken the competitive positions of Tencent and other Chinese tech giants such as Alibaba (

Many other funds are also scared as Chinese tech stocks have been the most-sold stocks on Wall Street lately, and they are one the worst-performing groups of stocks so far this year.

I believe that sellers have overreacted, however, especially in regard to Tencent and Alibaba.

Most Western investors are not as familiar with Tencent as they are with Alibaba. One of the reasons why is because Tencent founder Tony Ma has kept a much lower profile than Alibaba founder Jack Ma. The two companies dominate online activity in China, with Tencent in social media and gaming and Alibaba in online shopping and cloud services. Both companies are among the top 20 most valuable companies worldwide.

If we look into the contributions of Tencent’s 2020 income statement, gaming accounted for more than half of revenue and grew more than 30% compared with the previous year. Payment tech and enterprise services accounted for about a quarter of revenue. Advertising and others businesses made up the remainder. With the crackdown of the Chinese government, the revenue that will be affected will be in the areas of advertising and payment tech, but the majority of its revenue should not be affected.

In addition, Tencent has been very successful with its capital allocation and has invested in numerous ventures in gaming, social media and payment tech around the world over the years and owns majority stakes in many of these companies. For example, Tencent owns 20% of Meituan (HKSE:03690), which has a market cap over $200 billion. These businesses are less affected and can be big contributors to Tencent’s real value.

Tencent’s WeChat app had 1.2 billion monthly active users in 2020. Although it is behind Facebook’s (

FB, Financial) 2.7 billion, users of American social media platform spend an average of 33 minutes on it. In comparison, WeChat users spend an average of 85 minutes on the app. Although WeChat is considered a messaging and social media platform, you can do almost anything on it, including shopping, booking hotels and flight tickets, making payments, ordering meals, etc. Additionally, WeChat is only making a small contribution to Tencent’s revenue, so the company certainly has great potential for monetizing the app further.

As such, Wood’s worries are more centered around the potential impact of the antitrust crackdown. But I believe the Chinese government does not want to slow down the country’s future economic growth. Rather, they are trying to find a balance between control and growth. Overall, there will be a limited impact on Tencent’s business. And there are actually good things coming out of this crackdown. For instance, Alibaba and Tencent will open their platforms up to each other, making sharing between the two much easier. 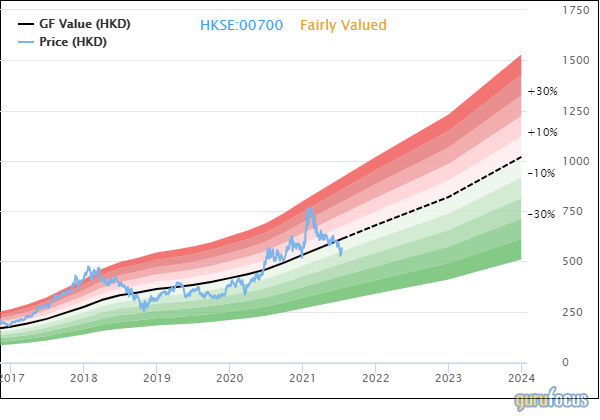 Tencent and Alibaba both should benefit from this collaboration. Of course, some other Chinese tech companies may suffer. For example, Pinduoduo (

PDD, Financial), an online shopping competitor of Alibaba that heavily relies on WeChat for online traffic, will suffer from the cooperation of the two giants. 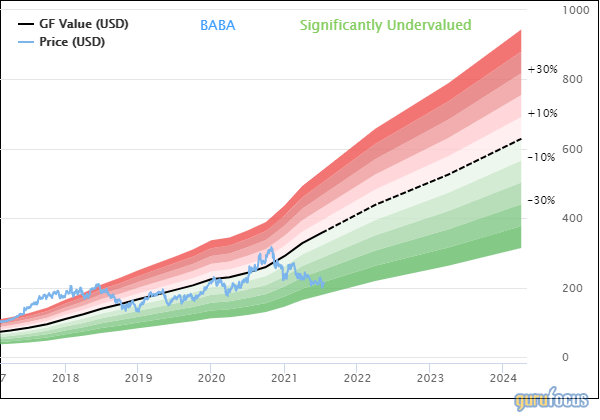 With a price-earnings ratio of 30 and average three-year revenue growth above 25%, I believe the antitrust impact to Tencent has been priced in and the stock is undervalued. Similarly, Alibaba’s stock is also undervalued, though it may face a bigger impact.

Wood might be selling just at the time that she should be buying.

I am/we are Long TCEHY and BABA.
Rating: 5 / 5 (5 votes)
2 Comments
Write for GuruFocus
Submit an article
How to use GuruFocus - Tutorials What Is in the GuruFocus Premium Membership? A DIY Guide on How to Invest Using Guru Strategies GuruFocus New Features