5 Sports Apparel Stocks to Kick Off the Tokyo Olympic Games 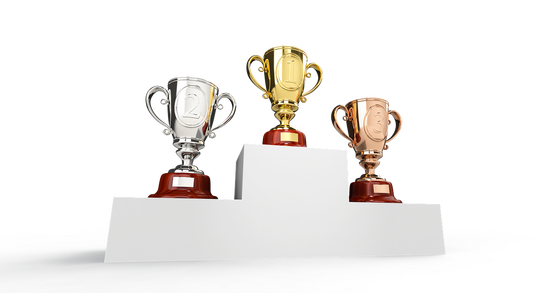 The Olympic Games are set to open on Friday despite headlines ranging from athletes withdrawing from competition to the organizing committee considering a cancellation of the Games due to a surge in coronavirus cases in Japan. The International Olympic Committee said on Tuesday that the Games are still set to take place, citing an estimated budget of over $15.4 billion. Additionally, with the Olympics taking place with no spectators in the stands, officials wanted to avoid missing the media revenue.

CMCSA, Financial), agreed in 2014 to extend its partnership with the International Olympic Committee to 2032 at a cost of $7.75 billion. Patrick Rishe, a sports business professor at Washington University in St. Louis added that the TV money and partnership is “too large” to forgo and that the word “unprecedented” can underscore how unique the Tokyo Olympics can be.

COLM, Financial) manufactures outdoor and active-lifestyle apparel, footwear and equipment under brands like Columbia and Mountain Hardwear. GuruFocus ranks the Portland, Oregon-based company’s financial strength and profitability 8 out of 10 on several positive investing signs, which include a high Piotroski F-score of 7, a strong Altman Z-score of 6.97 and profit margins and returns that outperform more than 71% of global competitors. 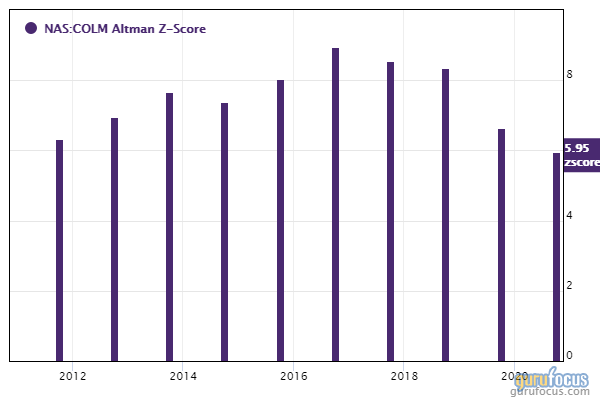 XTER:ADS, Financial) designs and manufactures athletic and leisure apparel, footwear, accessories and sports equipment. GuruFocus ranks the German sports giant’s profitability 8 out of 10 on several positive investing signs, which include a 3.5-star business predictability rank, a return on equity that outperforms more than 80% of global competitors and an operating margin that tops more than 68% of global apparel companies. 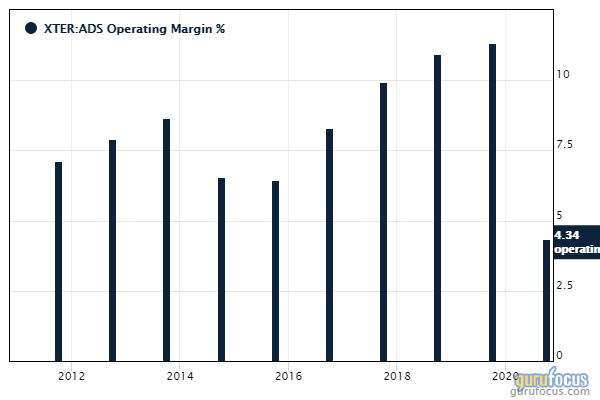 MIL:MONC, Financial) manufactures a wide range of luxury outerwear products. GuruFocus ranks the Italian apparel company’s profitability 9 out of 10 on several positive investing signs, which include a five-star business predictability rank and profit margins that are outperforming more than 95% of global competitors despite declining over the past five years. 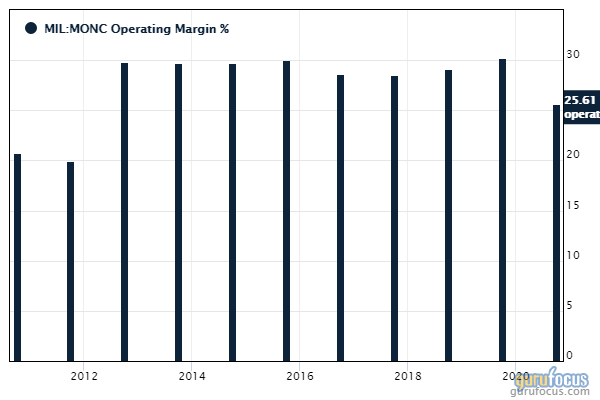 TPE:9910, Financial) manufactures athletic shoes and other sporting equipment for larger, international brands. GuruFocus ranks the Taiwanese apparel company’s profitability 8 out of 10 on several positive investing signs, which include a 3.5-star business predictability rank and an operating margin that has increased approximately 1.1% per year on average over the past five years and is outperforming more than 80% of global competitors. 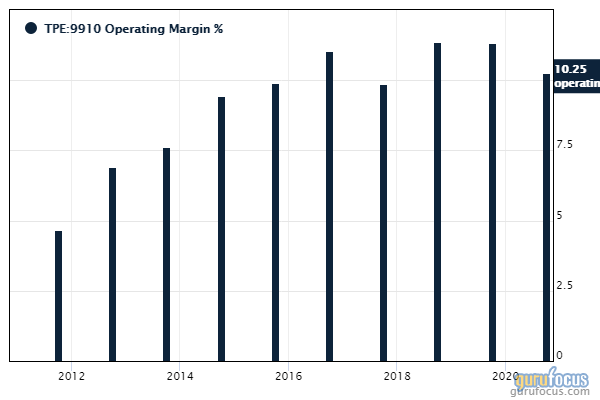 Feng Tay Enterprises’ financial strength ranks 7 out of 10 on the back of a strong Altman Z-score of 7.47 and interest coverage and debt ratios that outperform more than 75% of global competitors. 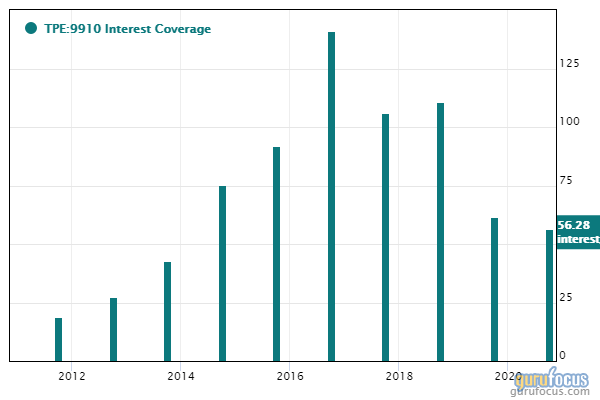 XKRX:111770, Financial) manufactures and distributes outdoor apparel, shoes and sportswear. GuruFocus ranks the Korean apparel company’s profitability 9 out of 10 on several positive investing signs, which include a 4.5-star business predictability rank and an operating margin that outperforms more than 80% of global competitors. 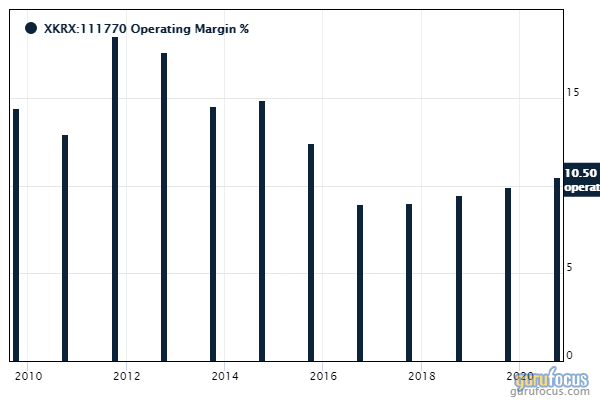 Youngone’s financial strength ranks 7 out of 10 on the back of interest coverage and debt ratios that top more than 70% of global competitors. 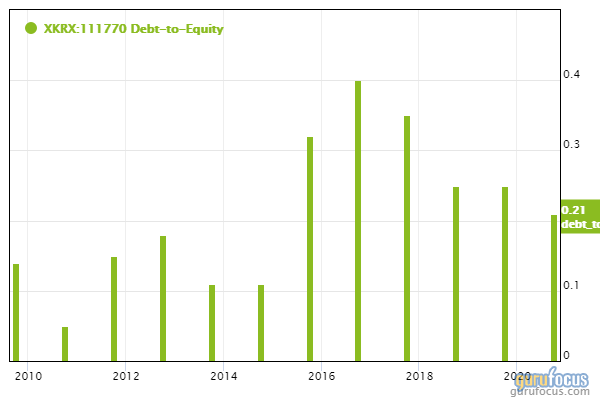