According to its shareholder letter, the fund returned -0.33% during the second quarter, underperforming the MSCI Japan Index return of -0.25% in the same period. The letter added that while Japanese securities lagged global peers during the quarter as the nation’s current state of emergency status continued in the midst of the Tokyo Olympics, vaccination rates topped 20% in June compared to just 5% in May. 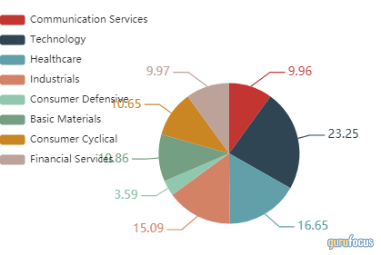 TSE:7203, Financial), giving the position a 3.18% weight in the equity portfolio. Shares averaged 8,949.32 Japanese yen ($82.05) during the second quarter; the stock is significantly overvalued based on Tuesday’s price-to-GF-Value ratio of 1.45. 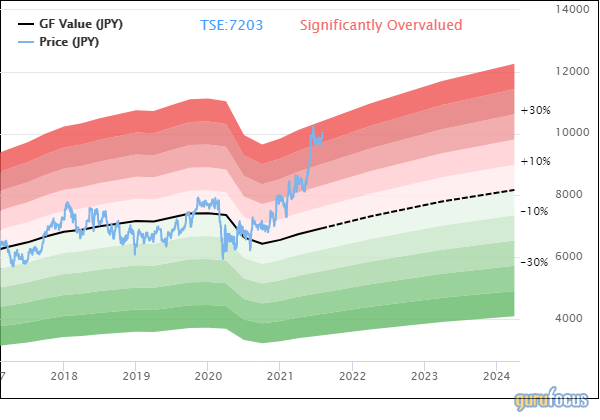 GuruFocus ranks the Japanese automaker’s profitability 6 out of 10 on the back of profit margins and returns outperforming more than 65% of global competitors despite three-year revenue growth rates topping just over half of global vehicles and parts companies. 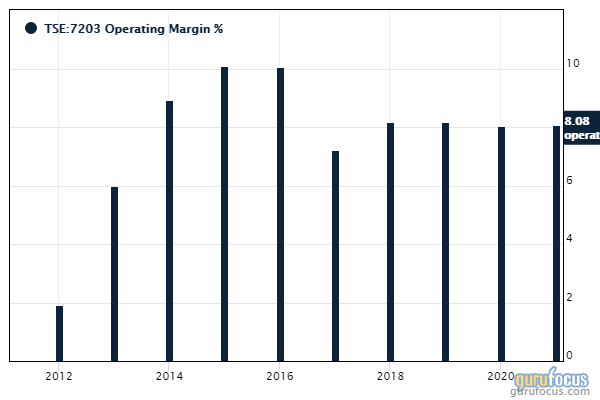 The fund said in its letter that while Toyota lags competitors in the “ongoing shift to electric vehicles,” Toyota is “ahead of its peers in terms of electrification technology.” The fund established a holding in Toyota for the first time since early 2017 in view of the automaker’s “planned launch of key electric vehicle models.” 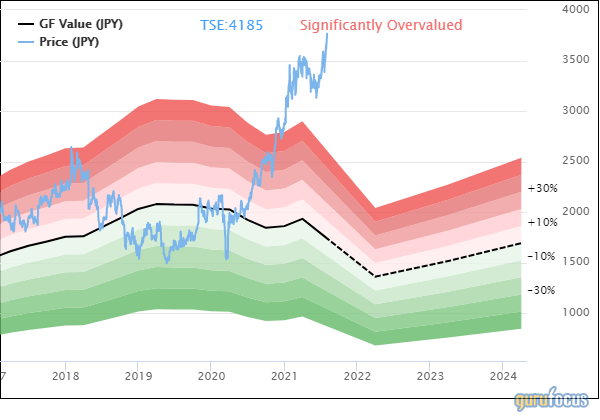 GuruFocus ranks the chemical company’s financial strength 5 out of 10 on the heels of a moderately-weak Altman Z-score of 2.71 and a debt-to-equity ratio that underperforms more than half of global competitors. 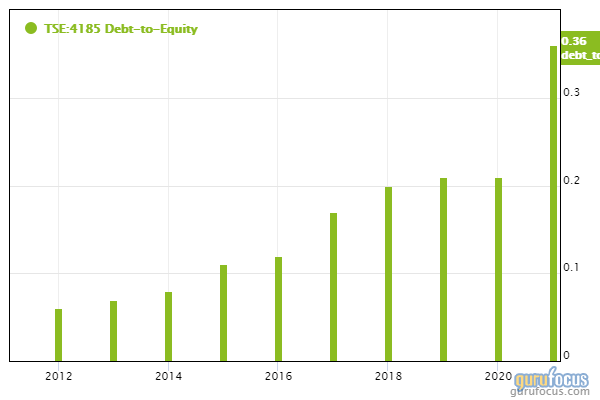 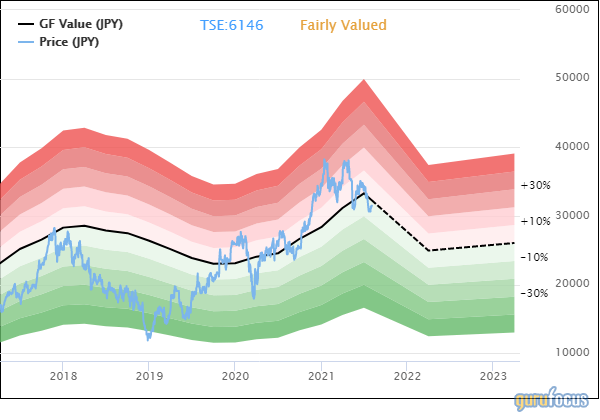 GuruFocus ranks the semiconductor company’s financial strength and profitability 9 out of 10 on several positive investing signs, which include a four-star business predictability rank, a double-digit Altman Z-score, and an operating margin that has increased approximately 3.4% per year on average over the past five years and is outperforming more than 93% of global competitors. 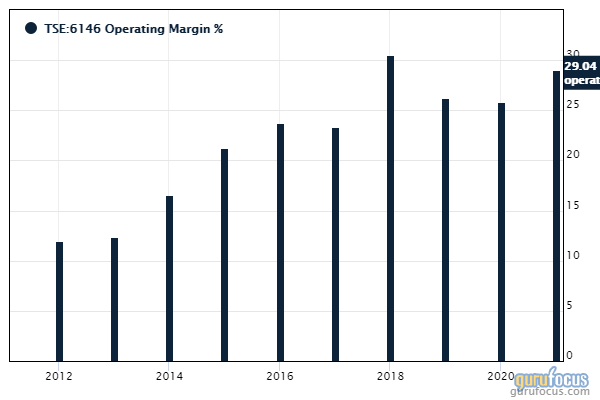 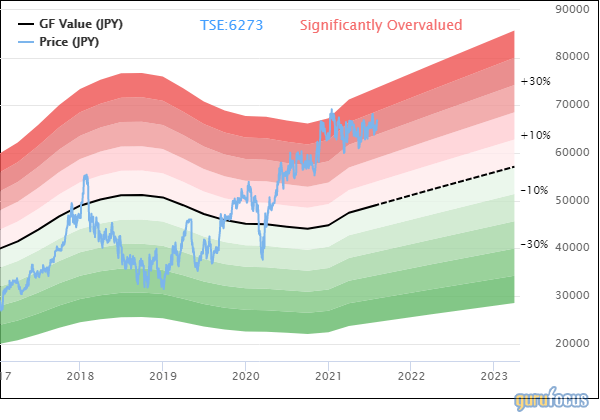 GuruFocus ranks the filtration equipment company’s financial strength 9 out of 10 on several positive investing signs, which include a double-digit Altman Z-score and interest coverage and debt ratios outperforming more than 92% of global competitors. 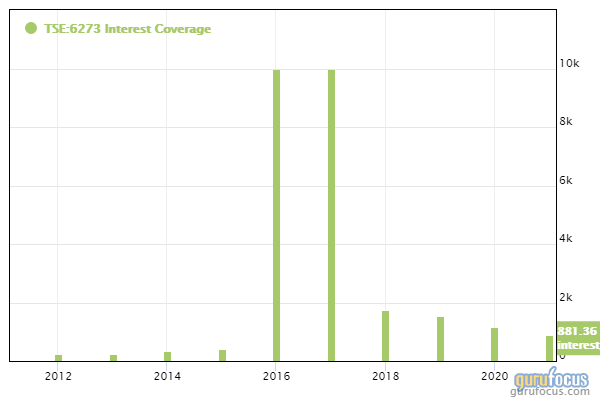 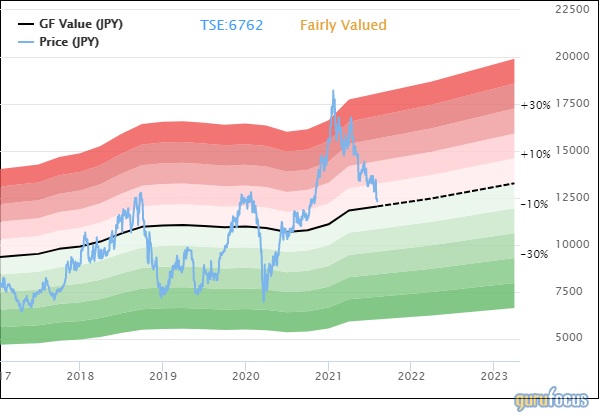 GuruFocus ranks the cassette-tape manufacturer’s profitability 7 out of 10 on the back of profit margins outperforming more than 60% of global competitors. 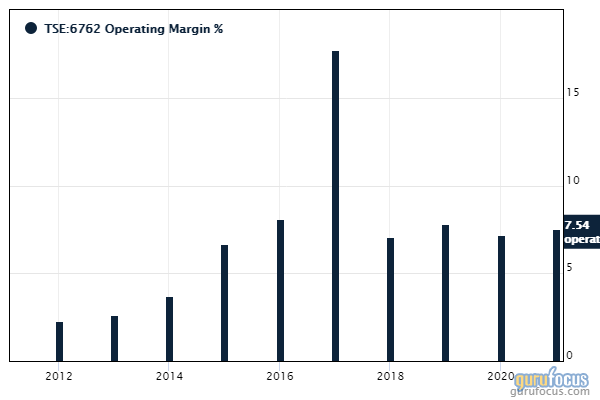