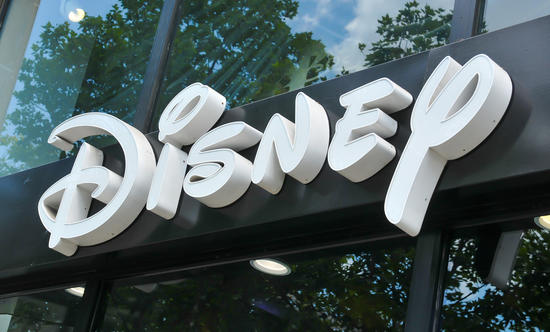 DIS, Financial) reported fiscal third-quarter earnings on Aug. 12, outperforming analyst expectations in terms of earnings, revenue and Disney+ subscriber additions. The global lockdown and health precautions have had a significant impact on the entertainment company’s earnings over the last 18 months, and it has been battling to return to profitability since early 2020 when it had to close its parks around the world and cancel cruises.

That being said, the reopening of all Disney parks last July and the increase in sales of its consumer products helped the company deliver better-than-expected results for the third quarter. The company reported earnings of 80 cents per share, beating the Wall Street estimate of 55 cents per share. Walt Disney stock rose more than 5% in after-hours trading following the earnings release, as investor sentiment improved notably.

“We ended the third quarter in a strong position, and are pleased with the company’s trajectory as we grow our businesses amidst the ongoing challenges of the pandemic. We continue to introduce exciting new experiences at our parks and resorts worldwide, along with new guest-centric services, and our direct-to-consumer business is performing very well, with a total of nearly 174 million subscriptions across Disney+, ESPN+, and Hulu at the end of the quarter, and a host of new content coming to the platforms.” 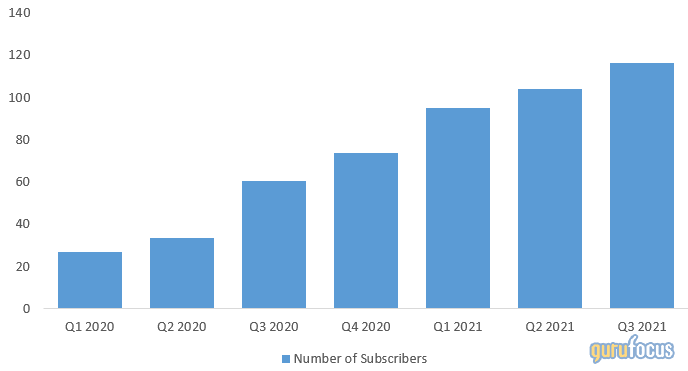 Disney is likely to remain under pressure for quite some time, but the outlook is certainly improving. As a result, it would be reasonable to expect strong earnings growth over the next several quarters.

Disney reported revenue of $17.02 billion for the three months ended on July 3, up 45% year over year. The Digital Media and Entertainment segment reported revenue of $12.6 billion, contributing to the bulk of quarterly sales. This success was driven by the performance of the direct-to-consumer business that focuses on video streaming. Content sales and licensing were impacted by production delays, fewer theatrical releases and lower unit sales of new release titles. These headwinds are likely to persist throughout the remainder of 2021 as well.

Commenting on subscriber growth and the expansion of Disney+ in other markets, Chapek said:

“Numerous breakout hits from our beloved brands, including Pixar's Luca and Marvel's Loki and the Falcon and the Winter Soldier have contributed to strong engagement and new subscriber growth in core Disney+ markets. And we have continued to launch Disney+ in new markets around the world, including Disney+ Hotstar in Malaysia and Thailand in Q3. Disney+ is also currently available in a limited capacity in Japan and will expand to the full market in late October, followed by additional APAC markets, including South Korea, Taiwan, and Hong Kong in mid-November. The launch of Disney+ in Eastern Europe has moved from late 2021 to summer of 2022, primarily to allow for an expanded footprint that will include parts of the Middle East and South Africa.”

For the coming quarter and fiscal year 2022, Disney has a fantastic slate of new programming, including a new Marvel series and Star Wars series, as well as a feature-length film called "Encanto." This exciting content slate will help Disney+ gain new subscribers in the next 12 months, which would improve corporate earnings and lead to an improvement in investor sentiment.

The Parks, Experiences and Products segment has also returned to profitability with the reopening of theme parks and Disney resorts. The segment reported revenue of $4.3 billion for the quarter, up 290% year over year. Domestic parks and experiences accounted for 61% of total revenue from this business unit as the success of the vaccination program in the U.S. attracted favorable decisions from policymakers. Commenting on the recovering theme park and consumer products segment, Chief Financial Officer Christine McCarthy said:

“Guest spend has benefited from pent-up demand and favorable guest mix, driving higher admissions per caps as well as from spending on products related to Star Wars: Galaxy's Edge and Avengers Campus. Looking forward, theme park reservations at both of our domestic parks remain strong and we continue to utilize our yield management strategy to deliver the optimal guest experience and provide flexibility to our guests during these dynamic times, all while driving economic margin for our shareholders. At consumer products, improved results year over year were driven by growth at both our merchandise licensing and retail businesses. Growth in merchandise licensing was primarily due to higher revenue from merchandise based on several of our key franchises, including Mickey & Minnie, Star Wars, including The Mandalorian, Disney Princess, and Spider-Man.”

Disney Magic, the flagship cruise ship owned by the entertainment gaint, completed its first cruise since the start of the pandemic last July. The company announced that Disney Dream will sail on its first U.S.-based cruise this week. In addition, Chapek said the announcement of the fall 2022 itineraries and the launch of its fifth ship, Disney Wish, which is expected to begin sailing in summer 2022, has resulted in strong bookings for future quarters. The company continues to invest in making the guest experience better to boost demand for cruise ships once Covid-19 fears subside. Answering an analyst’s question regarding the risks posed by the delta variant, Chapek said:

“In terms of the impact of the Delta variant, we see strong demand for our parks continuing. And the primary noise that we're seeing right now is really around group or convention cancellations. In other words, large groups that are coming in relatively short term. But on the whole, we see really strong demand for our parks. In fact, our park reservations now are above our Q3 attendance levels. And as you just saw with our earnings announcement, our Q3 attendance levels were pretty darn good. So we're still bullish about our park business going forward.”

As investors, it would be irrational to expect linear progress from Disney given the uncertain business conditions, but the company is certainly showing improvement across all of its business sectors. In the pre-recession era, Disney is likely to come out as a very efficient company because of the improvements to its business model, and this paints a promising picture of what the future holds for the company.

Disney was severely impacted in 2020 with parks and cruises suspended due to health risks, and the troubles have so far continued in 2021 as well. In the last quarter, however, the company showed signs of a solid rebound, with all of its businesses returning to profitability. Contrarian investors are likely to find Disney stock an attractive bet assuming the company will continue to make progress over the next few quarters.

I am/we are Long DIS
Rating: 5 / 5 (1 votes)
Write for GuruFocus
Submit an article
How to use GuruFocus - Tutorials What Is in the GuruFocus Premium Membership? A DIY Guide on How to Invest Using Guru Strategies GuruFocus New Features