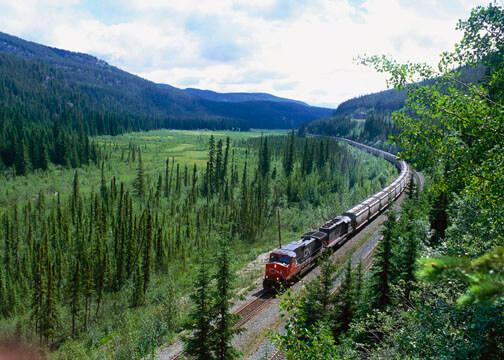 Regular readers of my work will know I like to keep a close eye on the activities of TCI Fund Management, one of the best-performing hedge funds of all time.

From inception in 2004 to the middle of 2019, the fund compounded investors' capital at about 18% per annum.

In August 2019, when I covered the hedge fund, I pointed to research conducted by the Financial Times, which showed that TCI's flagship Master Fund has produced investment gains of $17 billion since the beginning of 2010.

The firm has continued to print money ever since. According to reports, it generated $8.4 billion in profits after returning over 40% in 2019 and a further $4 billion in 2020.

TCI, which is managed by its billionaire founder Chris Hohn, follows a long-term quality investment approach. The most significant position in TCI's equity portfolio is a great example.

CHTR, Financial) in the first half of 2016. Since then, the stock has more than tripled in value. While TCI has bought and sold extra shares, on the whole, the holding has been left alone.

GOOGL, Financial) since 2017 and Microsoft Corp. (MSFT, Financial), which has enabled the fund to profit from its breakneck growth over the past five years.

According to the hedge fund's latest 13F report, which details holdings in the portfolio at the end of June 2021, Hohn and his team made some minor changes to the portfolio in the second quarter of the year.

These filings only provide a snapshot of a hedge fund's trading activity, so they should not be used for trading decisions. They only tell us which U.S. stocks the firm owned at the end of each quarter. They do not say why the positions were acquired or detail any international equity holdings, cash holdings or debt. Still, 13Fs can be a fantastic starting point for further research.

The most significant change to the portfolio in the second quarter was TCI's decision to add to its position in the Canadian National Railway Co. (

CNI, Financial), increasing it by around 45%.

The hedge fund is a bit of a railroad specialist. It has owned a significant stake in Canadian National since the third quarter of 2018.

With his experience as a railway investor, I do not think it is unreasonable to say Hohn may see value in Canadian National.

There has been another major theme playing out in TCI's portfolio over the past year as well.

Back in February, I reported the $40 billion hedge fund invested $1.1 billion in Boston Properties Inc. (

BXP, Financial) and Vornado Realty Trust (VNO, Financial). This appeared to be a bet on depressed U.S. commercial property prices after the Covid-19 pandemic.

Since then, TCI has sold Vornado, but has increased its position in Boston Properties. During the second quarter of the year, TCI boosted this holding by 31%. It is now worth $1.3 billion and has a 3.3% portfolio weight.

It would appear Hohn and the team traded out of Vornado to take advantage of other opportunities. Alexandria RE Equities Inc. (

ARE, Financial) and Kilroy Realty Corp. (KRC, Financial) were added to the portfolio in the second quarter.

In total, TCI has invested just under $40 million in these equities. This seems like a small amount, accounting for less than 0.09% of the equity portfolio, but we will have to wait and see if there were any additions to the holdings in the weeks after June 30.

I/we have no positions in any stocks mentioned, and no plans to initiate any positions within the next 72 hours.
Rating: 0 / 5 (0 votes)
1 Comments
Write for GuruFocus
Submit an article
How to use GuruFocus - Tutorials What Is in the GuruFocus Premium Membership? A DIY Guide on How to Invest Using Guru Strategies GuruFocus New Features