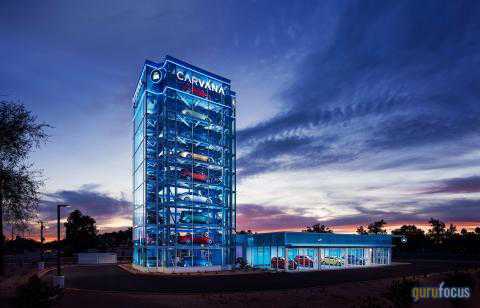 Lee Ainslie (Trades, Portfolio), the founder and CEO of Maverick Capital, recently disclosed the firm’s 13F portfolio changes for the second quarter of 2020, which ended on June 30.

One of the “Tiger Cubs” mentored by legendary investor

Julian Robertson (Trades, Portfolio) of Tiger Management, Ainslie founded Maverick Capital in 1993. The Dallas-based firm employs six industry heads for researching investment opportunities, each one an expert in their respective industry: consumer, health care, cyclical, retail, financial and telecommunications/media/technology. After consulting these experts, Ainslie makes the final call on any changes to the portfolio.

As per its latest 13F filing, Maverick Capital’s top buys for the quarter were for Centene Corp. (

CNC, Financial), giving the stock a 2.34% weight in the equity portfolio. During the quarter, shares traded for an average price of $68.44.

Based in St. Louis, Centene is a major intermediary for both government-sponsored and privately insured health care programs in the U.S. It focuses on managed care for uninsured, underinsured and low-income individuals.

On Aug. 24, shares of Centene traded around $64.90 for a market cap of $37.77 billion. According to the GuruFocus Value chart, the stock is modestly undervalued. 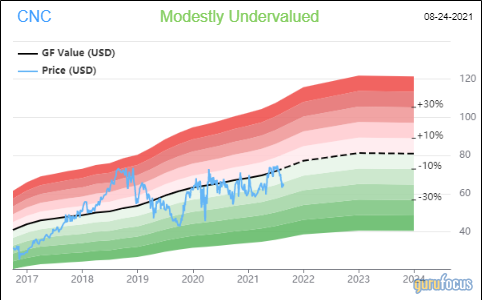 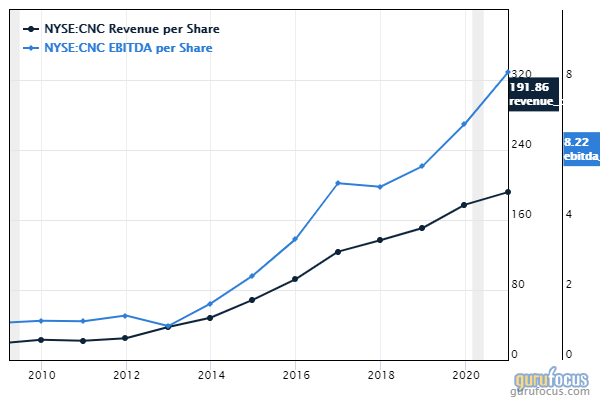 The firm established an 878,381-share holding in Jones Lang LaSalle (

JLL, Financial), giving the investment a 1.61% weight in the equity portfolio. Shares traded for an average price of $194.99 during the quarter.

Based in Chicago, Jones Lang LaSalle is a commercial real estate company that also provides a range of investment management services. It buys, builds and invests in a variety of assets ranging from real estate to banking and technology.

On Aug. 24, shares of Jones Lang LaSalle traded around $239.82 for a market cap of $12.17 billion. According to the GF Value chart, the stock is significantly overvalued. 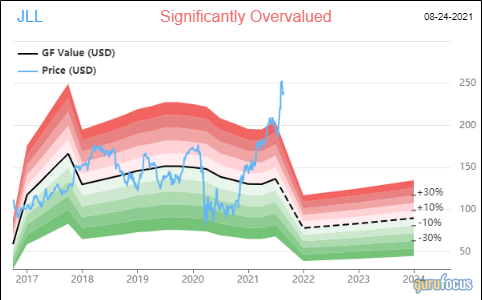 The company has a financial strength rating of 6 out of 10 and a profitability rating of 8 out of 10. The Piotroski F-Score of 6 out of 9 and Altman Z-Score of 2.99 represent a stable financial situation. The return on invested capital (ROIC) has been lower than the weighted average cost of capital (WACC) in recent years, meaning the company is not creating value as it grows. 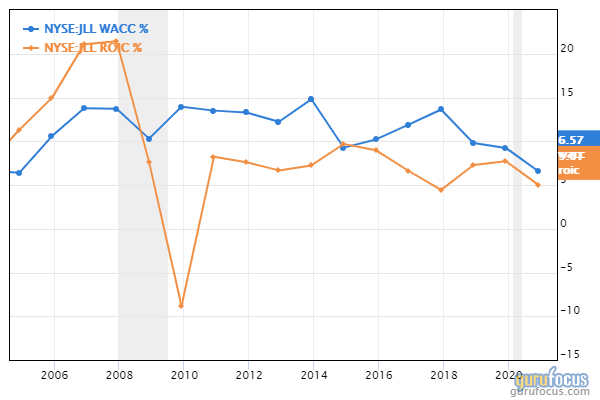 Another new holding for the firm is Cano Health (

CANO, Financial); during the quarter, Maverick Capital acquired 8,354,601 shares of this stock, giving it a 0.90% weight in the equity portfolio. During the quarter, shares traded for an average price of $13.01.

Cano Health is a leading provider of health care services for seniors in the U.S., serving both Medicare and Medicaid patients. The Wilmington, Delaware-based company operates primary care centers and supports affiliated medical practices that specialize in primary care for seniors. 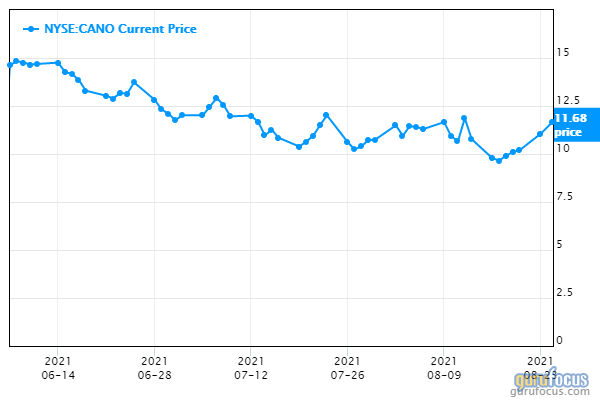 The company has a financial strength rating of 4 out of 10 and a profitability rating of 1 out of 10. The cash-debt ratio of 0.6 is low, but the current ratio of 5.1 indicates the company can at least keep paying its debts in the short term. The operating margin of 0.77% and net margin of 2.41% indicate the company could become profitable soon. 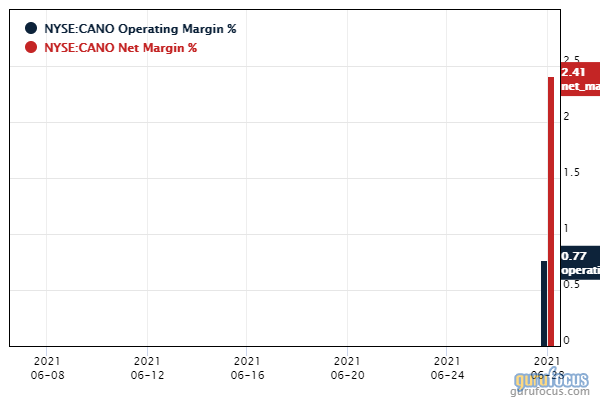 In the first quarter of 2021, Maverick Capital had a nominal holding of only 509 shares in Carvana (

Carvana is an e-commerce company that sells used cars through its unique technology platform, which aims to make the used car buying process easier and faster. Founded in 2012, the Tempe, Arizona-based company is a relatively new market player that has been rapidly growing its top line.

On Aug. 24, shares of Carvana traded around $354.79 for a market cap of $61.23 billion. According to the GF Value chart, the stock is significantly overvalued. 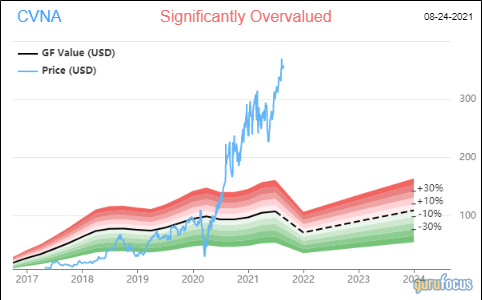 The company has a financial strength rating of 3 out of 10 and a profitability rating of 2 out of 10. The cash-debt ratio of 0.06 and Piotroski F-Score of 3 out of 9 indicate poor business operation. The operating margin and net margin have both turned positive as of the most recent quarter, reaching 2.46% and 0.66%, respectively. 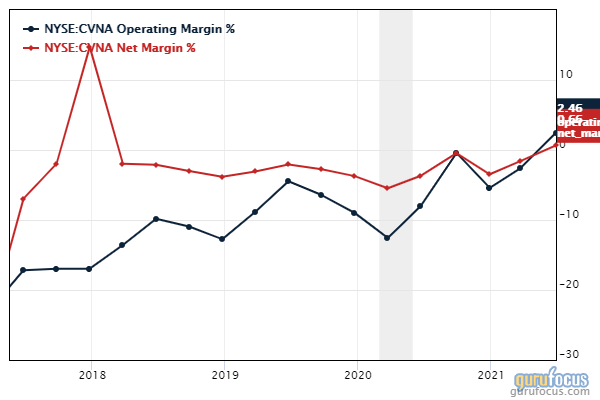 As of the quarter’s end, the firm held 662 common stock positions valued at a total of $10.65 billion. The top holdings were Coupang Inc. ( 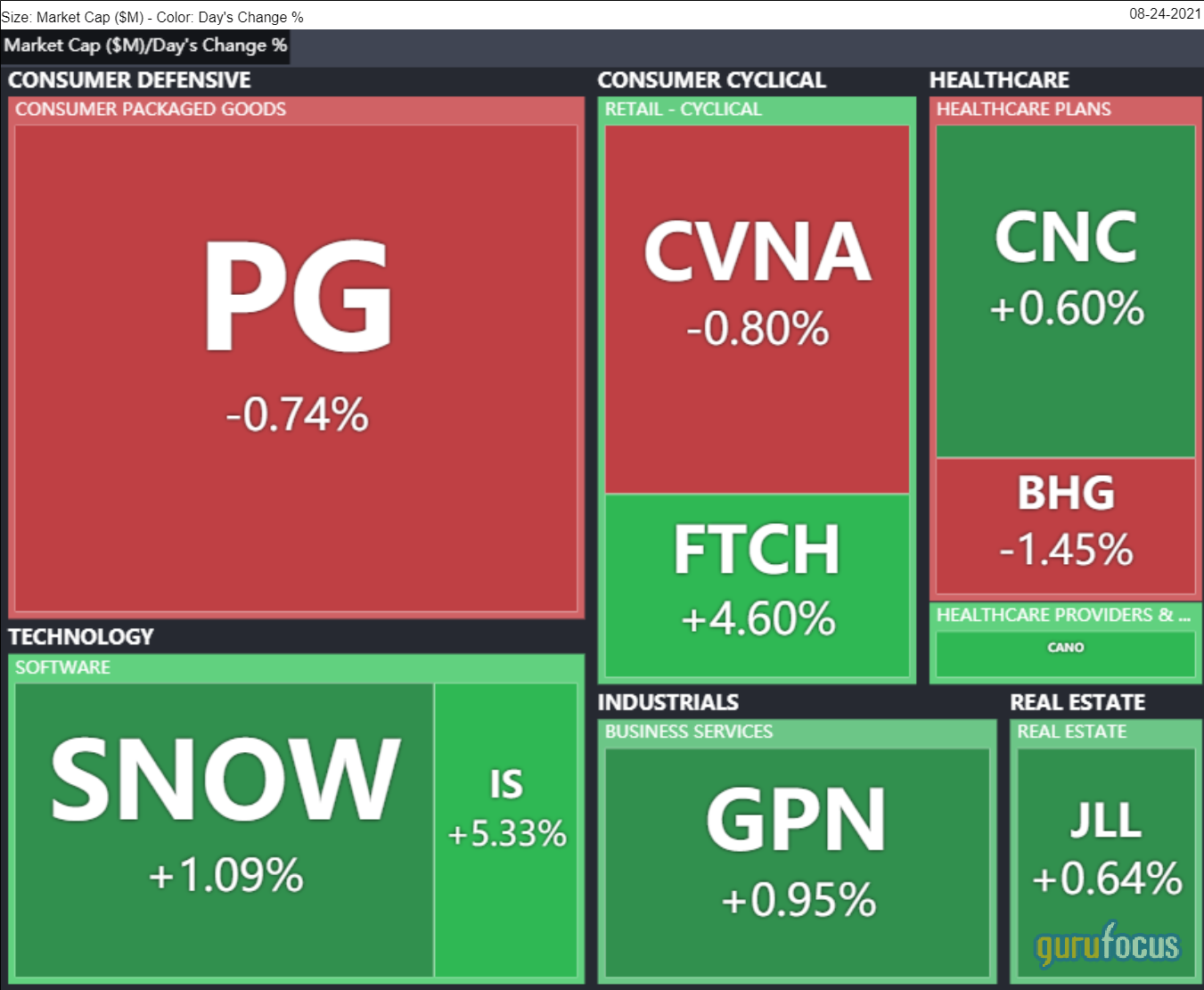 In terms of sector weighting, the firm was most invested in consumer cyclical, followed by health care and technology. 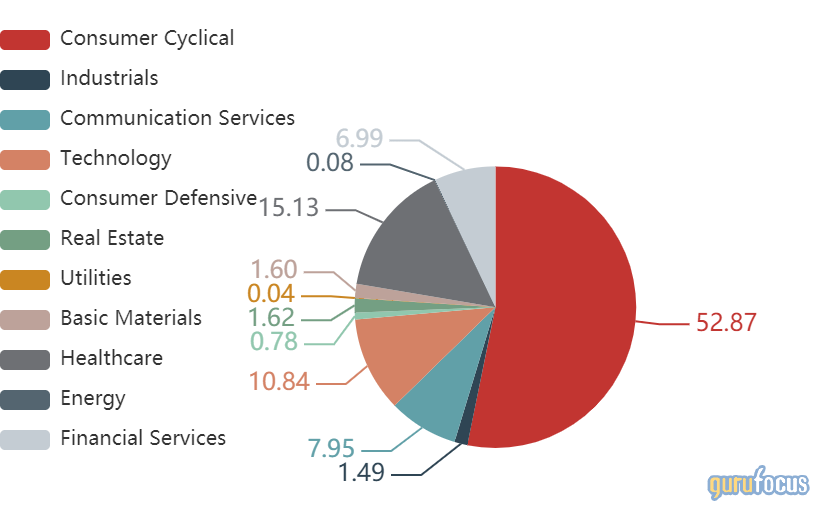 I/we have no positions in any stocks mentioned, and no plans to initiate any positions within the next 72 hours.
The mention of stocks in this article does not at any point constitute an investment recommendation. Portfolio updates reflect only common stock positions as per the 13F filings for the period in question and may not include changes made after the quarter ended.
Rating: 0 / 5 (0 votes)
Write for GuruFocus
Submit an article
How to use GuruFocus - Tutorials What Is in the GuruFocus Premium Membership? A DIY Guide on How to Invest Using Guru Strategies GuruFocus New Features