The Outlook for Semiconductor Stocks Amid the Chip Shortage

Chip stocks have come under pressure of late, but the long-term outlook remains positive 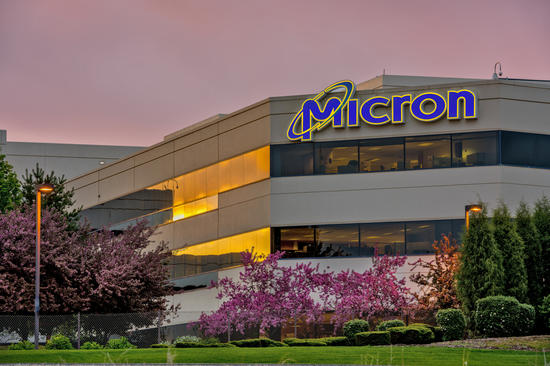 The semiconductor industry has been experiencing a severe supply shortage due to pandemic-related supply chain disruptions as well as an increasing number of adverse weather events and natural disasters caused by global warming, such as a fire at a fabrication facility in Japan, a blizzard in Texas and drought in Taiwan. The chip shortage could last for a long time, forcing manufacturers to scale back the global production of electronic devices and vehicles. The increasing health risks of Covid-19 in lower-income countries is also threatening to worsen semiconductor shortages.

Despite these short-term challenges, however, the long-term outlook remains positive for this industry. Thus, could there still be a buying opportunity among semiconductor stocks?

Over the last few quarters, the global chip shortage has negatively impacted many industries, ranging from smartphone OEMs to automobile manufacturers. The scarcity of chips began following the Covid-19 outbreak in early 2020, which resulted in a global lockdown and business disruptions in countries such as China and Taiwan that are considered the world's chip manufacturing hubs.

The demand for electronic devices reached new highs in 2020 due to the growth of remote working, increasing adoption of distance education, video streaming and rapid growth of video gaming. Many companies adopted temporary (sometimes permanent) work-from-home or remote working models, and employees were required to set up home offices by purchasing computers and other necessary equipment. Schools and colleges shifted to distance learning, which increased the demand for laptops and tablets. Considering the high demand for electronic devices, manufacturers decided to double down on the production of these items, which prompted semiconductor companies to make the necessary changes to cater to the demand coming from tech giants.

The capital-intensive nature of the semiconductor manufacturing process often prevents new companies from entering the market, which has put additional pressure on existing suppliers. Some companies could not keep up with demand due to limited manufacturing facilities and a lack of investment in chip-building capacities. This shortage has prompted many companies, including Apple Inc. (

AAPL, Financial), Amazon.com, Inc. (AMZN, Financial) and Microsoft Corporation (MSFT, Financial), to invest in their own chip manufacturing plants. Even with the addition of these new chips, some analysts believe the chip shortage will last through 2022.

Commenting on when the shortage will ease, research director at Forrester, Glenn O’Donnell, wrote in a blog post:

“Because demand will remain high and supply will remain constrained, we expect this shortage to last through 2022 and into 2023. The PC surge will soften a bit in the coming year but not a lot. Data-center spending will resume after a dismal 2020, and edge computing will be the new gold rush in technology. Couple that with the unstoppable desire to instrument everything, along with continued growth in cloud computing and cryptocurrency mining, and we see nothing but boom times ahead for chip demand.”

According to Susquehanna Financial Group, chip lead times - the period between ordering a semiconductor and receiving it - climbed by more than eight days to 20.2 weeks in July, which indicates that production-related challenges are continuing to remain an obstacle.

Commenting on the impact of these delays, principal research analyst at Gartner, Kanishka Chauhan, said:

“The semiconductor shortage will severely disrupt the supply chain and will constrain the production of many electronic equipment types in 2021. Foundries are increasing wafer prices, and in turn, chip companies are increasing device prices."

According to Bloomberg, the increasing health risks in Malaysia will also exacerbate semiconductor shortages. In recent years, Malaysia has emerged as a key hub for chip testing and packaging, with major companies such as Infineon Technologies AG, NXP Semiconductors NV (

NXPI, Financial) and STMicroelectronics NV establishing operations in the country.

According to Research and Markets, the global semiconductor memory market will grow at a compounded annual growth rate of 7% through 2026, aided by the increasing use of Dynamic Random-Access Memory (DRAM) in gaming consoles, PC hardware and high-performance computing equipment, as well as the development of 3D NAND Flash drives.

However, both the DRAM and NAND markets are expected to be constrained until the end of this year, leading to price increases in both these categories. Industry supply is expected to remain below the demand for the remainder of this year. Digitalization, the demand for 5G technology, the need for more advanced chips for applications such as Artificial Intelligence and Machine Learning, as well as the growth of cloud computing are major drivers of semiconductor demand growth.

In addition, governments all over the world have committed to invest billions of dollars to expand chip-making capacity and build local supply channels. By subsidizing local chip production, the U.S. has taken steps to preserve its chip supply and has enacted a bill that will provide $52 billion in funding for semiconductor research, design and manufacturing activities. South Korea has extended tax breaks for chipmakers to make them more competitive and China has also established multibillion-dollar national funds to invest in domestic chipmakers.

“I think the main problem really is that new supply is hard to come by and the surge in demand is not going to be abating anytime soon. On both the supply and demand sides, I think companies are adjusting. Governments are also getting in on the action because they view this as, in some sense, kind of a matter of national security.”

On the other hand, some companies stand to benefit from the current shortage in chip production, such as semiconductor companies with their own fab capacity and companies that make tools and machinery for chipmakers. Moreover, these benefits will likely persist in the long term due to the strong outlook for chip demand.

Many industries, including automotive, medical devices, household appliances and consumer electronics, have been affected by the global chip shortage, and the demand for chips is projected to continue to outstrip supply for the foreseeable future. However, chip companies with their own fabrication capacity, as well as companies that provide chipmaking machines and tools, are likely to remain highly profitable as countries strive to become self-sufficient in semiconductor production, which will increase the demand for chip fabrication equipment.

Semiconductors are one of the most important tech businesses in the world today, and the demand for chips is at an all-time high. Therefore, it would be reasonable to expect major semiconductor companies, including Micron Technology (

I am/we are Long SWKS,MSFT,AAPL
Rating: 0 / 5 (0 votes)
Write for GuruFocus
Submit an article
How to use GuruFocus - Tutorials What Is in the GuruFocus Premium Membership? A DIY Guide on How to Invest Using Guru Strategies GuruFocus New Features