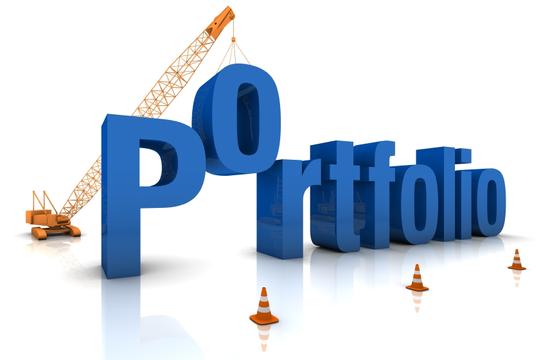 MFP Investors is a New York-based investment firm founded by Price in 1998. It utilizes a long-term, value-based investing style to find out-of-favor stocks that trade at an attractive valuation. Price has been known to take an activist approach to investing in the past, seeking to unlock value by influencing the decisions of company management.

Based on its investing criteria, the firm’s top buys for the quarter were Kansas City Southern (

On Aug. 25, shares of Kansas City Southern traded around $292.36 for a market cap of $26.60 billion. According to the GuruFocus Value chart, the stock is significantly overvalued. 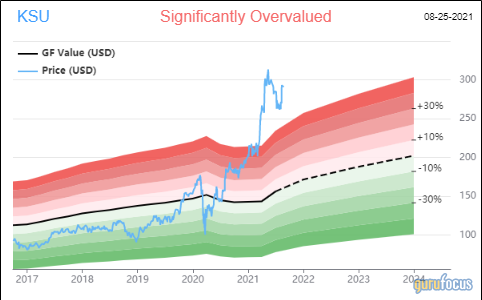 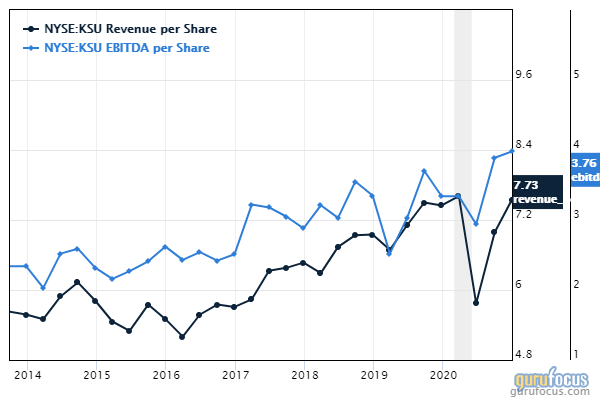 The firm established a new holding of 217,500 shares in Texas Capital Bancshares (

TCBI, Financial), impacting the equity portfolio by 1.52%. Shares traded for an average price of $67.52 during the quarter.

Based in Dallas, Texas Capital Bancshares is a bank holding company for Texas Capital Bank, a commercial bank offering a full range of traditional banking services to customers in the state’s major metropolitan areas.

On Aug. 25, shares of Texas Capital Bancshares traded around $67.41 for a market cap of $3.41 billion. According to the GF Value chart, the stock is modestly overvalued. 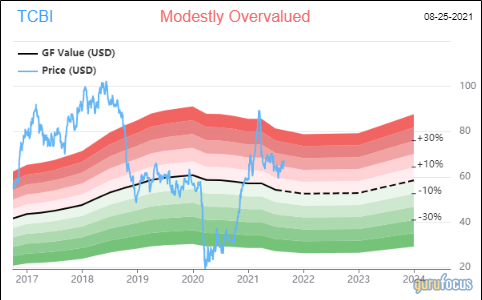 The company has a financial strength rating of 3 out of 10 and a profitability rating of 6 out of 10. The cash-debt ratio of 2.38 and equity-to-asset ratio of 0.09 are about average for the industry. The return on equity of 8.56% and return on assets of 0.78% are underperforming their respective industry medians of 9.11% and 0.90%. 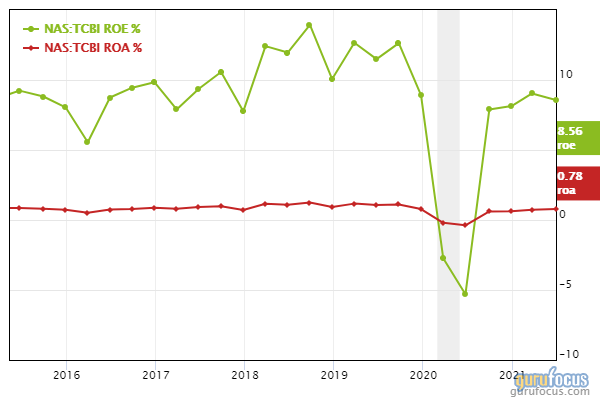 The firm reduced its investment in W.R. Grace (

Based in Columbia, Maryland, W.R. Grace is a chemicals and materials company that operates in two segments: Grace Catalysts Technologies and Grace Materials and Chemicals. It primarily focuses on silica products, specialty construction chemicals and container protection products. 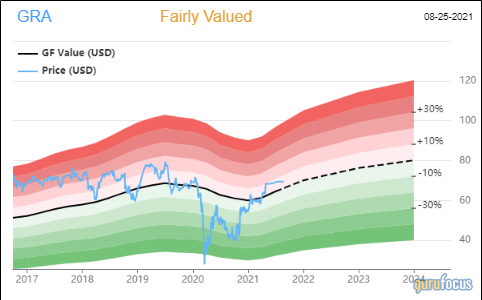 The company has a financial strength rating of 3 out of 10 and a profitability rating of 7 out of 10. The Altman Z-Score of 1.59 suggests the company could face liquidity issues, though the Piotroski F-Score of 6 out of 9 is typical of a financially stable company. The return on invested capital has typically been higher than the weighted average cost of capital in recent years, meaning the company is creating value for shareholders. 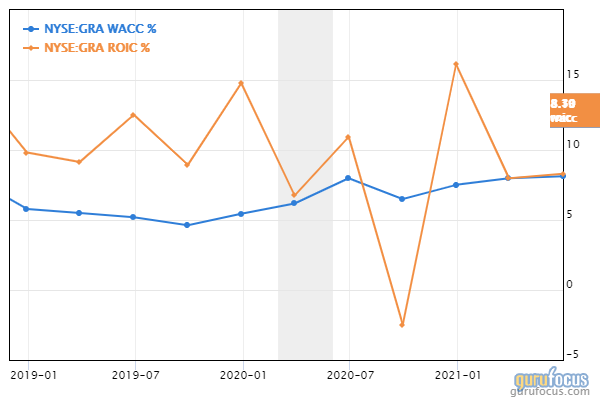 The firm cut its BlackBerry (

The Canada-based enterprise software company was once famous for its smartphones, though it was later left in the dust in that regard by companies such as Apple (AAPL) and Samsung (XKRX:005930). BlackBerry now primarily focuses on cybersecurity, communications software and internet of things applications.

On Aug. 25, shares of BlackBerry traded around $10.90 for a market cap of $6.15 billion. According to the GF Value chart, the stock is significantly overvalued. 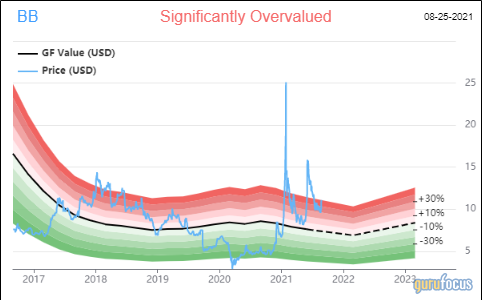 The company has a financial strength rating of 5 out of 10 and a profitability rating of 2 out of 10. The Piotroski F-Score of 4 out of 9 indicates financial stability, though the Altman Z-Score of 2.3 does put the company in the grey area in terms of bankruptcy risk. Both the operating margin and the net margin remain deep in the negatives range, meaning the company is not profitable. 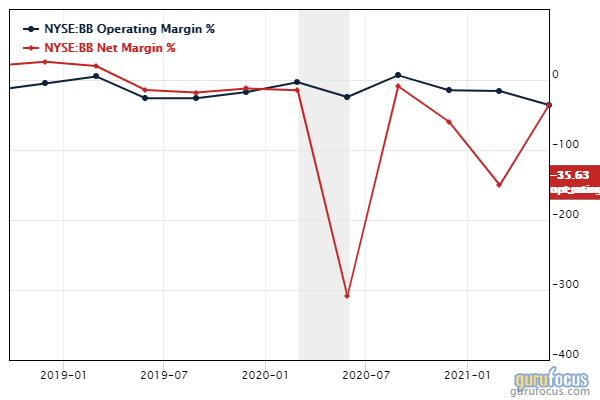 As of the quarter’s end, the firm held positions in 144 stocks valued at a total of $910 million. The top holdings were Intel Corp. ( 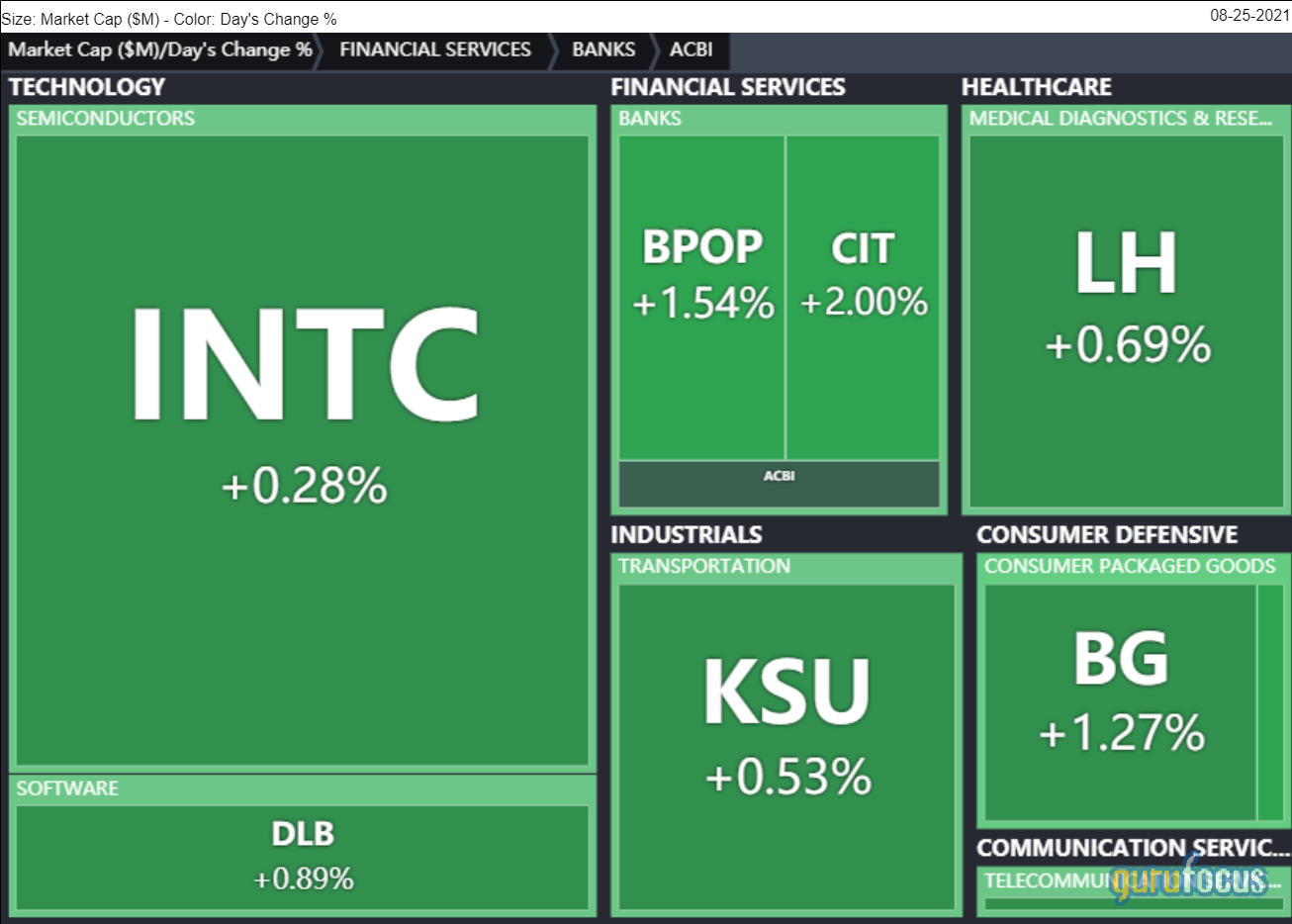 In terms of sector weighting, the firm was most invested in financial services, technology and communication services. 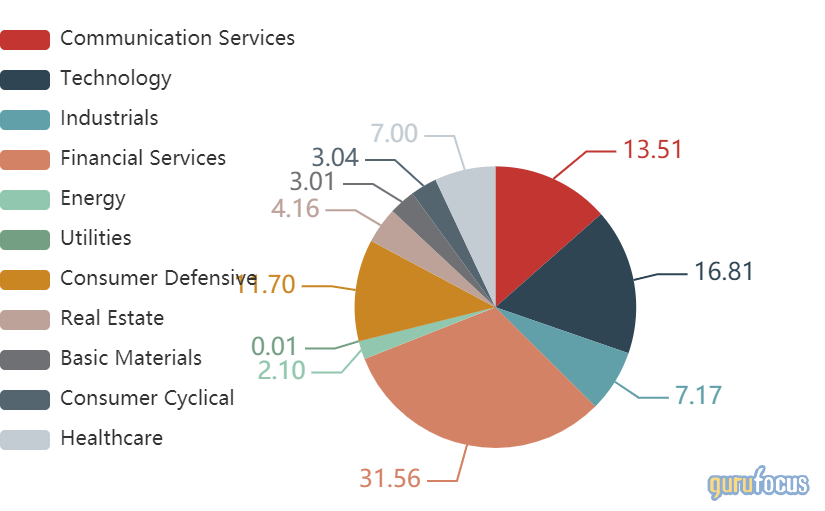 I/we have no positions in any stocks mentioned, and no plans to initiate any positions within the next 72 hours.
The mention of stocks in this article does not at any point constitute an investment recommendation. Portfolio updates reflect only common stock positions as per the SEC filings for the quarter in question and may not include non-U.S.-listed international stocks or changes made after the quarter ended.
Rating: 0 / 5 (0 votes)
Write for GuruFocus
Submit an article
How to use GuruFocus - Tutorials What Is in the GuruFocus Premium Membership? A DIY Guide on How to Invest Using Guru Strategies GuruFocus New Features