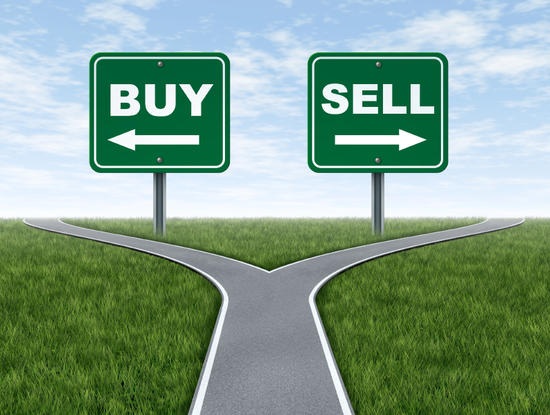 The activist firm was founded by Barry Rosentein in 2001 and takes a value-orientated approach to investing. The team seeks companies that are undergoing or are expected to undergo changes driven by certain events. They seek to aid value creation by becoming an actively involved shareholder.

At the end of the quarter, the firm’s equity portfolio contained eight stocks with one new holding established in Cornerstone OnDemand Inc. (

Jana Partners (Trades, Portfolio)' holding in Perspecta (PRSP, Financial) was dissolved during the quarter with the finalization of its acquisition by national security contractor Peraton, an affiliate of private investment firm Veritas Capital. The all-cash deal was valued at $7.1 billion and was completed on May 6. Shareholders were expected to receive $29.35 per share in payouts from the deal. GuruFocus estimates the total gain of the holding at 28.86%.

“As a long-time investor in Perspecta and its predecessor companies for over a decade, we have always recognized Perspecta for its market differentiation, leading-edge IP, and focused execution in the government technology space,” Veritas Capital CEO and Managing Partner Ramzi Musallam said.“Through the combination with Peraton, we have assembled a strong portfolio of top-tier government technology providers with complementary offerings and are confident that the addition of our resources and industry expertise will enable Perspecta to deliver even greater value to its customers and stakeholders.”

The firm slashed its holding in Laboratory Corp. of America (

LabCorp is one of the nation's two largest independent clinical laboratories, with roughly 20% of the independent lab market. The company operates approximately 2,000 patient-service centers, offering a broad range of 5,000 clinical lab tests, ranging from routine blood and urine screens to complex oncology and genomic testing. With the addition of Covance, LabCorp also has a sizable footprint in the global contract research organization market.

On Aug. 27, the stock was trading at $300.99 per share with a market cap of $29.06 billion. According to the GF Value Line, the stock is trading at a modestly overvalued rating. 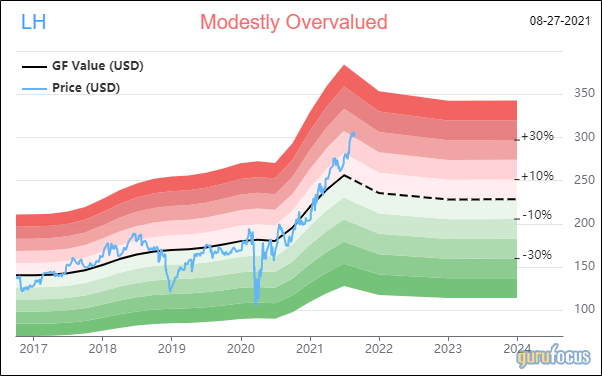 GuruFocus gives the company a financial strength rating of 5 out of 10, a profitability rank of 9 out of 10 and a valuation rank of 8 out of 10. There are currently no severe warning signs issued for the company. The company’s cash-to-debt ratio of 0.31 ranks it worse than 81.78% of industry competitors, but an Altman Z-Score of 4.07 places it deep into the safe zone.

Other top guru shareholders in LabCorp (

CAG, Financial) was also cut back in the firm’s portfolio during the quarter. The position shrunk by 25.85% with the sale of 2.80 million shares that traded at an average price of $37.43. GuruFocus estimates the firm has gained 10.11% on the holding and the sale had a -7.12% impact on the equity portfolio.

Conagra is a packaged food company that operates predominantly in the United States (92% of revenue and 94% of profits). It has a significant presence in the freezer aisle, with brands such as Marie Callender's, Healthy Choice, Banquet and Birds Eye. While the majority of revenue is sold into the U.S. retail channel, 9% of fiscal 2020 sales were to the food-service channel, down from 11% in fiscal 2019 due to the pandemic. 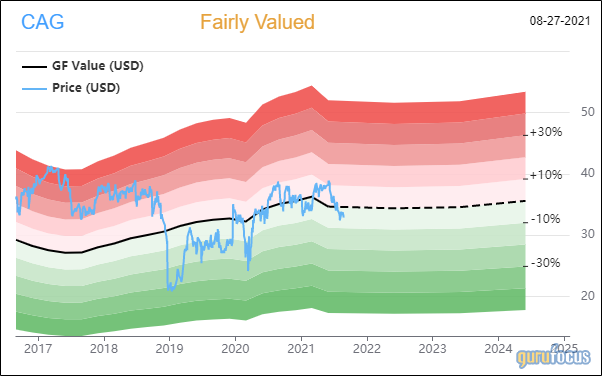 GuruFocus gives the company a financial strength rating of 4 out of 10, a profitability rank of 7 out of 10 and a valuation rank of 7 out of 10. There is currently one severe warning sign issued for assets growing faster than revenue. The company’s revenue growth has tapered off after several years of strong gains.

Jana Partners (Trades, Portfolio) made a massive addition to its holding in CyrusOne (CONE, Financial) during the quarter. The firm purchased an additional 1.17 million shares to grow the holding by 213.18%. The shares traded at an average price of $72.71 throughout the quarter, landing the firm at an estimated gain of 3.67%. The purchase had a 6.94% impact on the equity portfolio overall.

CyrusOne owns or operates 53 data centers, primarily in the U.S., that encompass more than 8 million net rentable square feet. It also has several properties in Europe and Asia. CyrusOne has both multi-tenant and single-tenant data centers and it is primarily a wholesale provider, offering large spaces on longer-term leases. The firm has about 1,000 total customers with cloud service providers and other information technology firms making up about half its total revenue. Its largest customer, Microsoft, accounted for over 20% of 2020 revenue, and its top 10 customers generated about 50% of revenue. 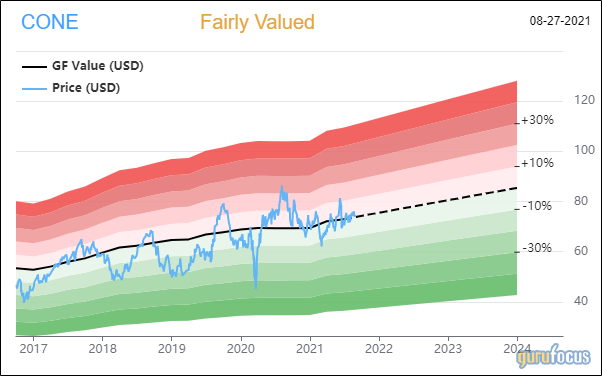 GuruFocus gives the company a financial strength rating of 3 out of 10 and a profitability rank of 5 out of 10. There are currently seven severe warning signs, including poor financial strength and extremely low interest coverage. The company has failed to balance its weighted average cost of capital and return on invested capital, indicating struggles with capital efficiency.

Other top guru shareholders in CyrusOne (

Vonage Holdings is a North American technology company that provides cloud communication services to businesses and consumers. For businesses, the company provides unified communications (as a service), which consists of integrated voice, text, video, data and mobile applications. For consumer service customers, there is a home telephone replacement service. This can include services such as voicemail, call waiting and call forwarding.The company generates the vast majority of its revenue within the United States. 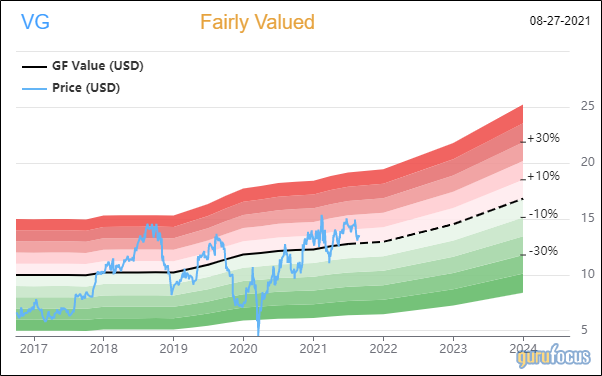 GuruFocus gives the company a financial strength rating of 4 out of 10, a profitability rank of 5 out of 10 and a valuation rank of 2 out of 10. There are currently three severe warning signs issued for new long-term debt, assets growing faster than revenue and a declining gross margin. The company’s cash flows have seen little growth over the last several years as net income has fallen into the red.