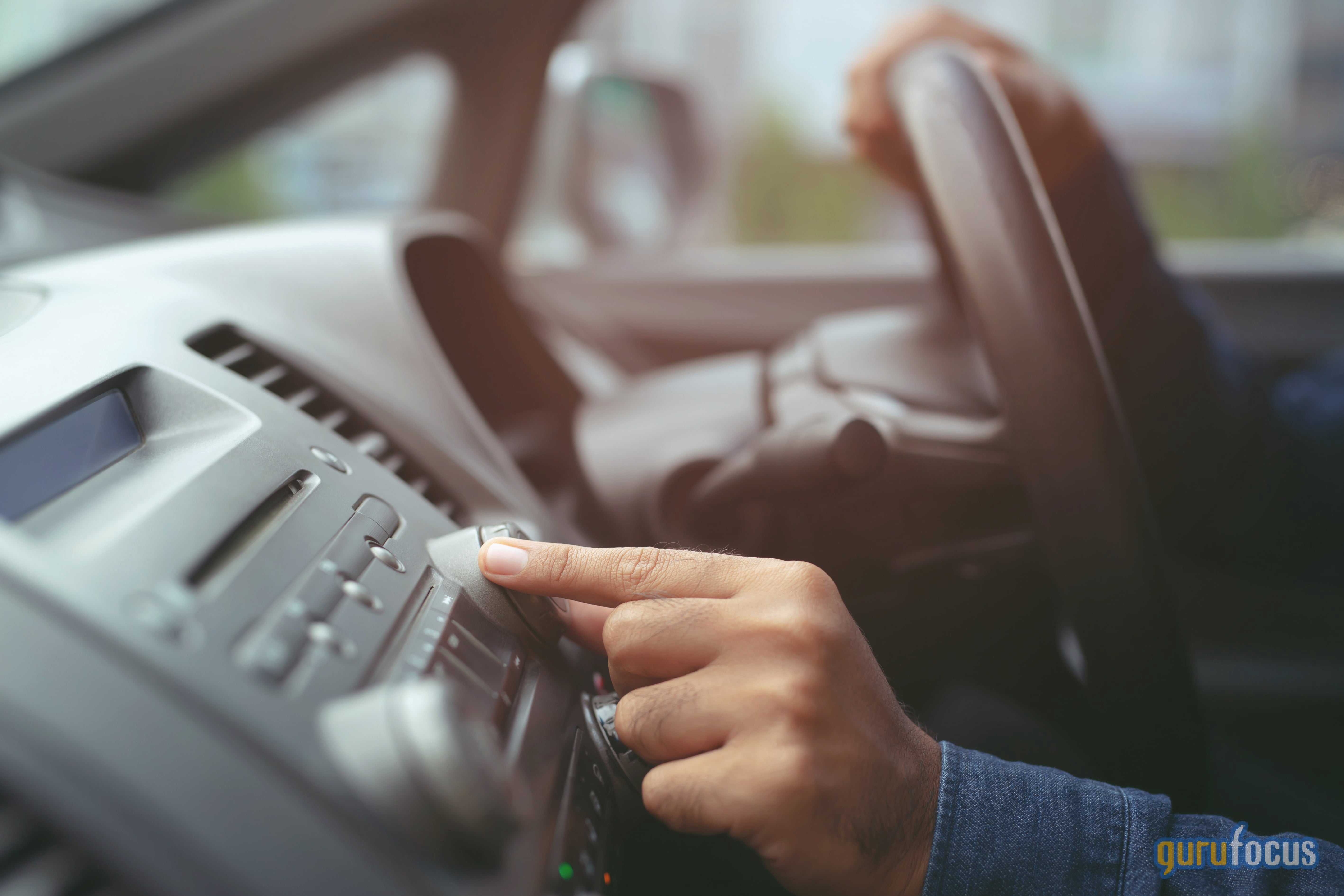 Dialing in at a Discount

Longtime shareholders of Weitz are likely familiar with our admiration of the business and investment expertise of John Malone, a media mogul nicknamed the Cable Cowboy for his role in pioneering the modern cable business. Malone, alongside Greg Maffei, has led many successful media companies — nearly all of which carry “Liberty” as a sort of corporate surname — with Malone serving as chairman and Maffei as CEO. Some of the Liberty companies directly operate businesses, while others are investment vehicles that own partial or controlling stakes in other companies. Liberty is also fond of using tracking stocks that allow larger enterprises to create separately traded equities that reflect only the corporate assets and obligations attributed to them. Liberty SiriusXM (

SIRI, Financial) — best-known as the only satellite radio provider in the U.S. As of June 30, 2021, SiriusXM has over 31 million subscribers, and Liberty's ownership stake is valued at just over $20 billion (based on the company's stock price on June 30, 2021). This stake in SiriusXM makes up most of the tracking shares' value with the rest coming from its 32% stake in Live Nation (LYV, Financial) among other, more modest holdings. This corporate structure is certainly complex, and that complexity has contributed to a stock price which consistently trades at a discount to its sum-of-the-parts value.

Our investment thesis for Liberty SiriusXM has dual tracks. First, shareholders will benefit from the continued value creation of its largest asset, SiriusXM. Second, we believe the discount between Liberty SiriusXM and its basket of publicly traded investment holdings will narrow either due to market forces or through proactive actions by Liberty's management. To date, we have enjoyed a successful investment driven entirely by the value creation in SiriusXM. Meanwhile the “complexity discount” has ebbed and flowed, but it has remained stubbornly high. And while we believe SiriusXM still has room to run, there is also reason to believe that Liberty management will soon have new options at its disposal to harvest that discount on behalf of shareholders.

SiriusXM distributes its bundle of commercial-free music, live news, sports, and talk entertainment content predominately via satellite to subscribers' vehicles. The company enjoys a highly effective and efficient customer acquisition funnel. Over 80% of vehicles sold in the U.S. come with a satellite radio that is enabled with a limited-time free trial of SiriusXM at the time of sale. More than one-third of these trials have consistently converted into paying subscriptions each year. Furthermore, the mix of cars on the road with a satellite radio increases each year as older vehicles are scrapped, replaced by new vehicles that feature SiriusXM's technology. Today, over half of U.S. cars on the road (more than 130 million) feature satellite radios, creating another attractive trial opportunity among the 40 million used vehicles that change hands each year.

SiriusXM's recently retired CEO Jim Meyers was fond of reminding audiences that “business models matter,” and it is easy to see why he feels that way. The company's attractive customer funnel feeds a recurring revenue (subscription) business with high incremental profit margins, low reinvestment requirements and the consistent ability to generate and grow free cash flow. Combined with a reasonable level of borrowing, management has enhanced investor returns through its prolific share repurchase program. Since 2012, SiriusXM has repurchased nearly 50% of its shares outstanding, demonstrating a confidence in the company's long-term prospects and a desire to return value to stockholders.

Why Streaming May Not Kill the (Satellite) Radio Star

The history of SiriusXM is rooted in competition, with the company forming from the merger of two fiercely competing satellite radio companies — Sirius and XM (more on this later). But today, competition remains a fact of life. Automakers' broad adoption of smartphone interfaces like Apple's (AAPL) CarPlay and Google's (

GOOG, Financial)(GOOGL, Financial) Android Auto make streaming media from a smartphone easier than ever. Yet, despite these in-car inroads, SiriusXM continues to gain subscribers, and churn (canceled or elapsed subscriptions) remains at historic lows.

Nevertheless, streaming — particularly of podcasts — continues to grow, and SiriusXM cannot afford to simply rest on its laurels. Instead, the company is playing both offense and defense with the launch of its own streaming strategy. The effort began in earnest with the 2019 purchase of ad-supported internet radio streamer Pandora (

P, Financial). The deal brought more robust streaming capabilities to SiriusXM's own apps and website, and it gave SiriusXM a new product to market to the 60%+ of trial users that do not convert into paying subscribers. The following year, SiriusXM acquired podcast network Stitcher. Stitcher not only bolstered SiriusXM's own podcast offerings but also resulted in the largest addressable listening audience in the U.S., reaching over 150 million listeners. Like the digital migration that delivered better targeting and attribution to video advertisers (and higher prices for advertising platforms), a similar transition is underway in the audio space, and SiriusXM's streaming platforms are in a great position to capitalize. Over time, we see digital channels taking a greater share of the $13 billion in advertising spent on terrestrial radio broadcasts. Indeed, industry watchers predict ad spending on podcasts alone will grow from $840 million in 2020 to more than $2 billion by 2023, a massive tailwind that will benefit both SiriusXM's owned platforms as well as the third-party ad-supported business powered by Pandora's industry-leading advertising technology.

While its services and features are interesting as standalone opportunities, SiriusXM's latest car radio platform stitches everything together with its core service offering. Dubbed 360L, the new platform features an enhanced user interface enabled by both the traditional one-way satellite delivery and the two-way cellular capabilities of connected vehicles. Subscribers will have the ability to listen to existing SiriusXM channels, personalized channels curated by Pandora, or the latest episodes of favorite podcasts and radio shows on demand all on the dashboard interface. 360L also creates a more seamless remarketing opportunity of ad-supported Pandora to expired trial users. In 2021, roughly 25% of SiriusXM-enabled new vehicles will feature 360L, a figure that is expected to grow to 80% by 2025. More content, greater customization, and seamless dashboard integration combine to give SiriusXM a solid footing as it moves into its digital future.

Prior to their merger, Sirius and XM each maintained separate satellite constellations and engaged in a bitter bidding war for exclusive content. After years of bruising competition and significant losses, the companies came together in 2008 against the backdrop of the Global Financial Crisis. The merger promised significant operating synergies and an end to irrational content commitments, but the combined entity still faced a leveraged balance sheet, low cash reserves, and imminent debt maturities. Enter Liberty Media. In exchange for an emergency $530 million loan package, SiriusXM gave Liberty Media a 40% stake in the combined entity. With the crisis averted, SiriusXM set down the path of realizing the promise of its merger, and the rest is history. After modest additional Liberty purchases and SiriusXM's own prodigious repurchase activity, Liberty owns 77% of the company's equity as of June 30, 2021.

As mentioned earlier, Liberty SiriusXM has consistently traded at a discount to the mark-to-market value of its investment portfolio. The persistence of this “complexity discount” has meant that although Liberty SiriusXM has benefited proportionately from the appreciation of the underlying investment, shareholders have yet to receive the full value of their assets. That said, we see reasons for optimism that this potential value will be harvested. To date, Liberty has monetized its discount by repurchasing its own stock. However, it has done so primarily with after-tax cash dividends received from SiriusXM. SiriusXM's stock repurchases will likely take Liberty's ownership above 80%. When that happens, the companies become members of the same tax group. This has several practical implications, including the elimination of taxes on dividends received from SiriusXM. With the elimination of this “leakage,” dividends become a more efficient form of capital return. Should the SiriusXM board choose to increase its (now more tax-efficient) dividend payments, Liberty SiriusXM will have greater capacity to repurchase its own stock. Such actions may not eliminate the discount entirely, but any narrowing serves to enhance Liberty SiriusXM shareholders' return.

The Partners III Opportunity Fund practices the same Quality at a Discount investment philosophy that we employ in all Weitz equity funds, but Partners III has additional tools at its disposal, including the ability to “short sell” individual equities. Shareholders may note that from time to time (including at the end of Q2 2021) Partners III will hold a short position in SiriusXM shares. We may flex into and out of this short position for several reasons, including a desire to hedge gains in Liberty SiriusXM, the underlying valuation of SiriusXM, or the magnitude of the trading discount between the two. Such activity allows us to effectively monetize a portion of said discount ourselves. However, given the relative sizes of our positions, we have consistently remained economically “long” SiriusXM.

Past performance is not a guarantee of future results. All investments involve risks, including possible loss of principal.

As of 06/30/2021, each of the following portfolio companies constituted a portion of the net assets of Balanced Fund, Hickory Fund, Partners III Opportunity Fund, Partners Value Fund, and Value Fund as follows:

Over time, the Liberty Media family of companies has included a large number of entities, including these current portfolio companies, which as of 06/30/2021, constituted a portion of the net assets of Balanced Fund, Hickory Fund, Partners III Opportunity Fund, Partners Value Fund, and Value Fund as follows:

Holdings are subject to change and may not be representative of the Fund's current or future investments.

The opinions expressed are those of Weitz Investment Management and are not meant as investment advice or to predict or project the future performance of any investment product. The opinions are current through the publication date, they are subject to change at any time based on market and other current conditions, and no forecasts can be guaranteed. This commentary is being provided as a general source of information and is not intended as a recommendation to purchase, sell, or hold any specific security or to engage in any investment strategy. Investment decisions should always be made based on an investor's specific objectives, financial needs, risk tolerance and time horizon.