Alan Fournier (Trades, Portfolio) has revealed his portfolio for the second quarter of the year. Top Trades include a new buy into Peloton Interactive Inc. (PTON, Financial), additions to his positions in Dish Network Corp. (DISH, Financial) and Micron Technology Inc. (MU, Financial), a reduction in The Walt Disney Co. (DIS, Financial) and selling out of his Aramark (ARMK, Financial) holding.

Fournier famously has never taken a finance or accounting course. His investment strategy is a combination of what he learned while working at Bernstein, Pzena Investment and Appaloosa Management. His firm’s strategy focused on a buy and hold, long-short approach that included hedging, leverage, option trading and short-selling before it was converted to a family office in 2018. In terms of long positions, Fournier places emphasis on growth and value qualities.

At the end of the quarter, the guru’s portfolio contained 21 stocks with three new holdings. It was valued at $421 million and has seen a turnover rate of 20%. Top holdings include Dish, Micron, Intel Corp. (

The guru established a new position in Peloton (

PTON, Financial) during the quarter that landed in his top holdings. The 259,000 shares that were purchased traded at an average price of $106.68 during the quarter. Overall, the purchase had a 7.63% impact on the equity portfolio and GuruFocus estimates the holding has lost 5.81% during its short time in the portfolio. 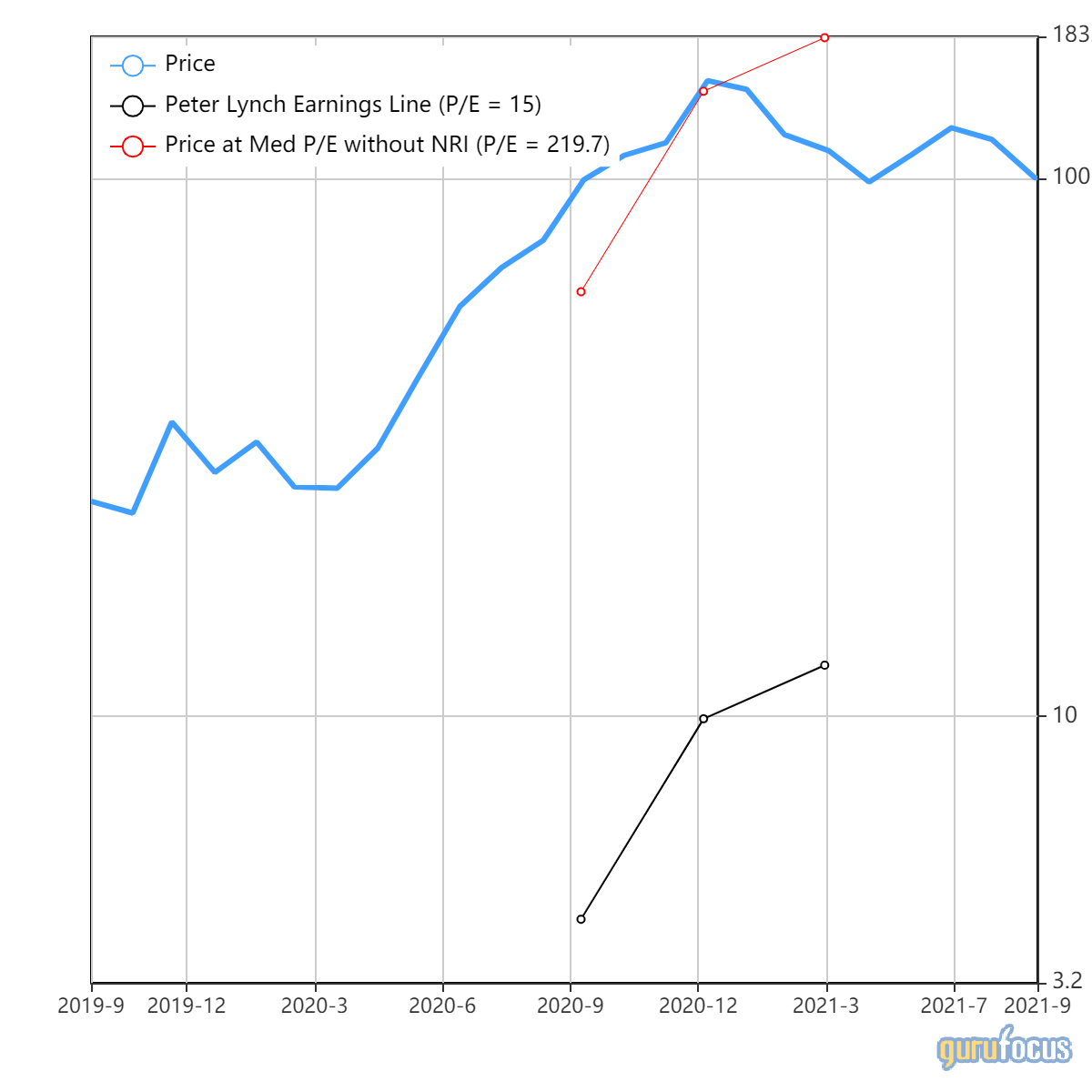 GuruFocus gives the company a financial strength rating of 6 out of 10. There are currently two severe warning signs issued for a low Piotrsoki F-Score and a Beneish M-Score indicating the company may manipulate its financial results. The company’s cash-to-debt ratio of 1.84 ranks it better than 61.90% of industry competitors, but is the worst the company has seen at this point in time. 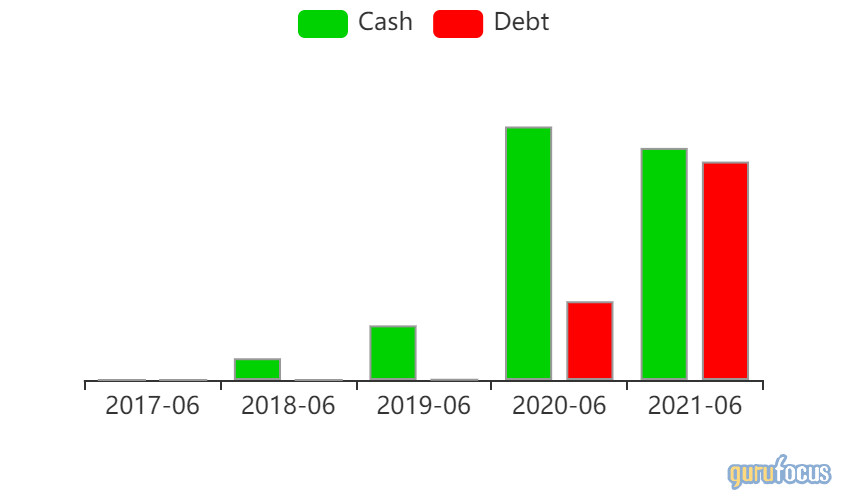 Other top guru shareholders in Peloton (

Fournier boosted his position in Dish (

From its founding in the 1980s, Dish Network has primarily focused on the satellite television business, capitalizing on technological advancements to expand its reach. The firm now serves 9 million U.S. customers via its network of owned and leased satellites. Dish launched an internet-based television offering under the Sling brand in 2015 and now serves about 2.5 million customers on this platform. It acquired Sprint's prepaid business, serving about 9 million customers, as the entry point into the wireless retail market.

As of Sept. 2, the stock was trading at $44.94 per share with a market cap of $23.73 billion. According to the GF Value Line, the stock is trading at a modestly overvalued rating. 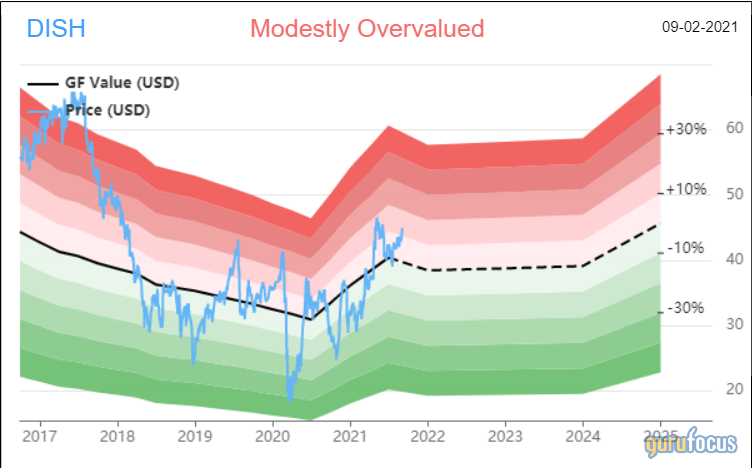 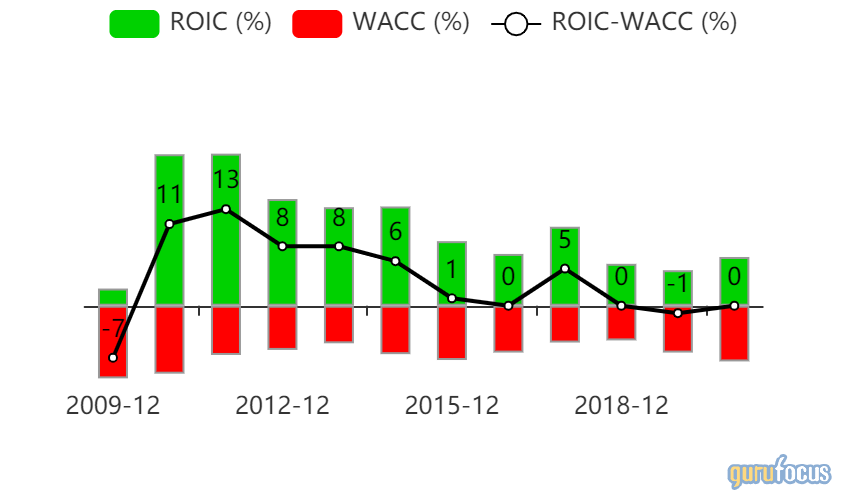 The guru also added to his position in Micron (

MU, Financial). The purchase of 193,400 shares grew the holding by 37.70%. The shares traded at an average price of $84.58 during the quarter. The purchase had a 3.90% impact on the equity portfolio and GuruFocus estimates Fournier has gained 22.87% on the position.

Micron historically focused on designing and manufacturing DRAM for PCs and servers. The firm then expanded into the NAND flash memory market. It increased its DRAM scale with the purchase of Elpida (completed in mid-2013) and Inotera (completed in December 2016). The firm's DRAM and NAND products are tailored to PCs, data centers, smartphones, game consoles, automotives and other computing devices.

The stock was trading at $73.68 per share with a market cap of $82.92 billion on Sept. 2. The GF Value Line shows the stock trading at a modestly overvalued rating. 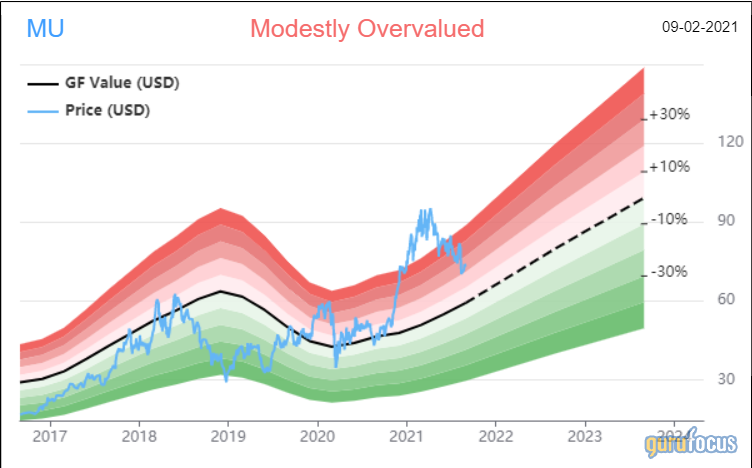 GuruFocus gives the company a financial strength rating of 7 out of 10, a profitability rank of 8 out of 10 and a valuation rank of 4 out of 10. There is currently one severe warning sign issued for assets growing faster than revenue. The company’s strong profitability rank is supported by operating and net margins that beat at least 75% of semiconductor manufacturers. 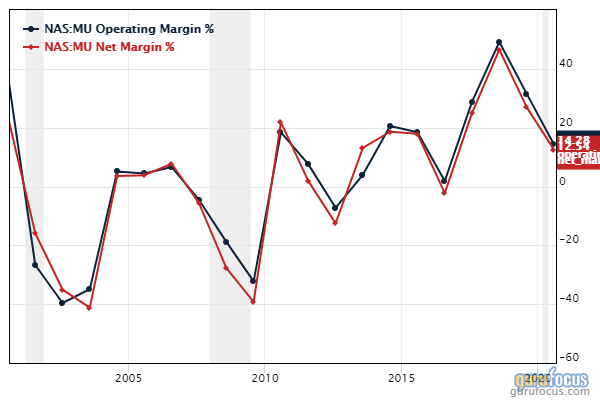 Fournier slashed his position in Disney (

Disney owns the rights to some of the most globally recognized characters, from Mickey Mouse to Luke Skywalker. These characters and others are featured in several Disney theme parks around the world. Disney makes live-action and animated films under studios such as Pixar, Marvel and Lucasfilm and also operates media networks, including ESPN. Disney recently reorganized into four segments with one new segment: direct-to-consumer and international. The new segment includes the two announced over-the-top offerings, ESPN+ and the Disney SVOD service.

On Sept. 2, the stock was trading at $182.77 per share with a market cap of $331.21 billion. A significantly overvalued rating is given by the GF Value Line. 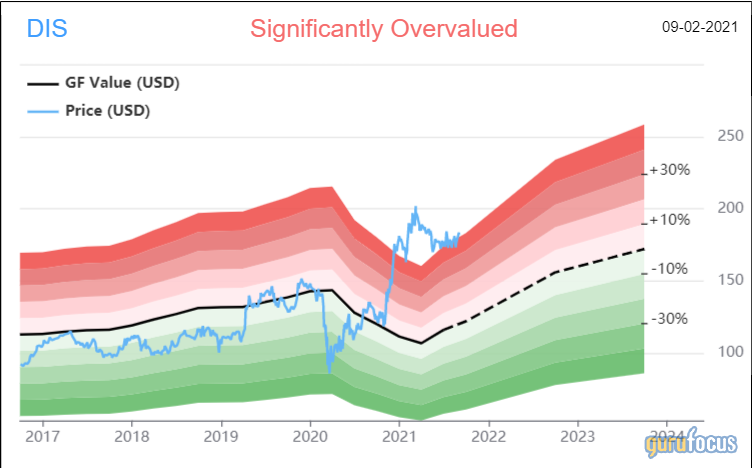 GuruFocus gives the company a financial strength rating of 4 out of 10, a profitability rank of 7 out of 10 and a valuation rank of 1 out of 10. There are currently four severe warning signs issued, including new long-term debt and assets growing faster than revenue. Pandemic restrictions took their toll on the company in 2020, with theme parks sapping revenue and net income. 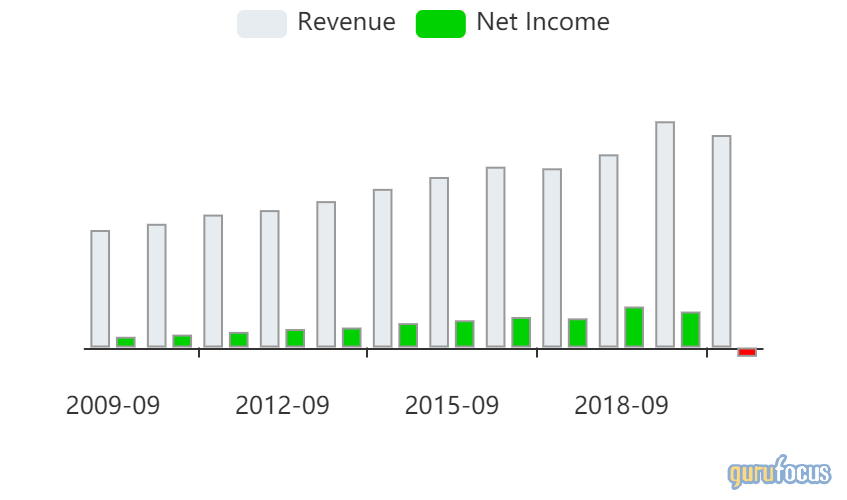 Other top guru shareholders in Disney (

Fournier sold out of his holding in Aramark (

ARMK, Financial) to round out his top five trades. The 190,000 shares were sold throughout the quarter at an average price of $38. Overall, the sale had a -1.98% impact on the equity portfolio and GuruFocus estimates the total gain of the holding at 0.80%.

Aramark provides food, facilities and uniform services to a variety of clients and institutions. The majority of company revenue comes from its North American food and support services segment. The company has hundreds of service locations and distribution centers across the United States and Canada.

As of Sept. 2, the stock was trading at $35.16 with a market cap of $8.98 billion. According to the GF Value Line, the stock is trading at a modestly overvalued rating. 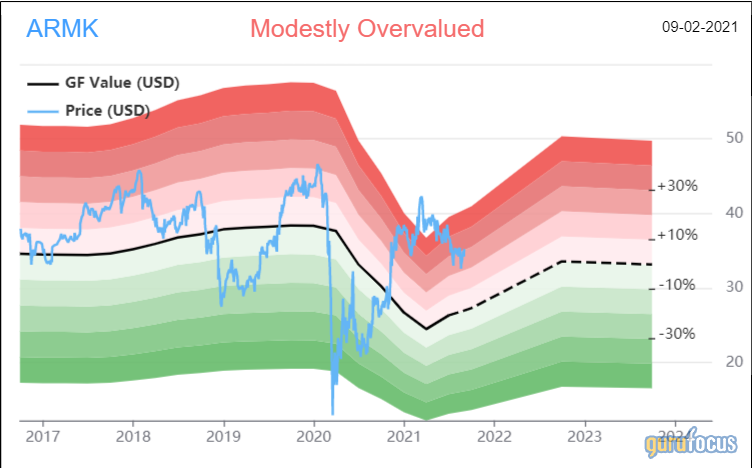 GuruFocus gives the company a financial strength rating of 3 out of 10 and profitability rank of 5 out of 10. There are currently five severe warning signs issued, including a low Piotroski F-Score, poor financial strength and an Altman Z-Score placing the company in the distress column. The company’s cash flows took a hit in 2020 alongside a major decrease in its return on invested capital. 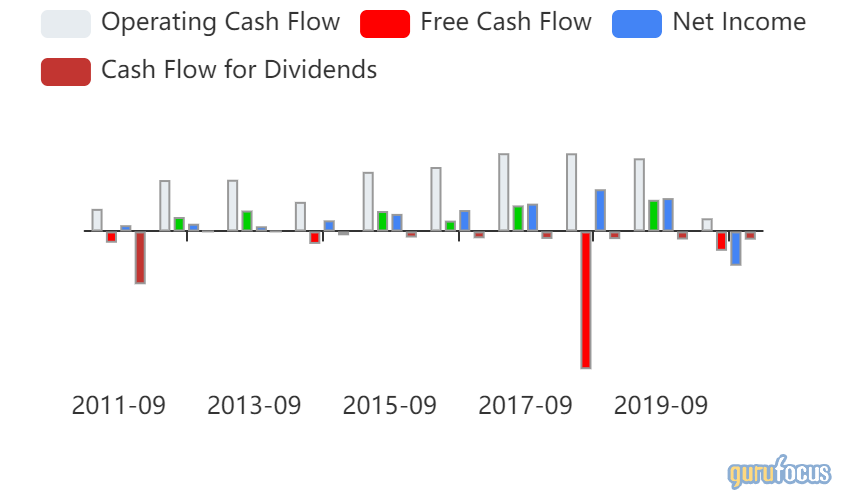