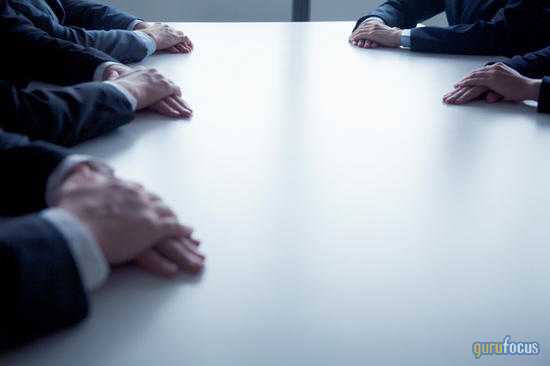 According to Wall Street legend, a young person approached one of the top businessmen in the U.S. (said to be J.P. Morgan, the founder of his namesake bank J.P. Morgan (

JPM, Financial)). It was the early 1900's during a bout of market volatility, and he asked for guidance. Specifically, the young man asked, "What do you think the market will do, Sir?" The banker looked equally gravely at his questioner and replied, "I believe the market will fluctuate." Clearly, while undoubtedly true, it was not very helpful advice.

Most people are perfectly comfortable buying rising stocks. Growth investors who correctly identified rapidly rising stocks have been highly successful in the last decade, so much so that many stocks are at nosebleed levels. Tesla (

TSLA, Financial) is a prime example. However, lots of investors have lost their shirt trying to short Tesla. Another Wall Street saying is that markets can stay irrational longer than you can stay solvent.

Buying while the stock is falling is more difficult, as it will rarely turn around right after one buy's it. Buying when a stock is falling does not usually work if you do it blindly. Oftentimes, the stock is falling for a reason. As the Wall Street saying goes, "Those who try to catch a falling knife will get cut." This saying is usually right, but not always. Buying companies solely because their stock price has fallen will often result in misery, but the other side of the coin is the herd behavior by investors. Stocks sometimes go down much faster and further than they should due to investors panicking over a short-term headwinds, and the tendency is that these stocks will revert to the mean eventually. Just look at the three-year chart below for Johnson & Johnson (

JNJ, Financial), an AAA-rated wide moat company. The stock has swung from -17% to +30% for little good reason except changes in the mood of Mr. Market. 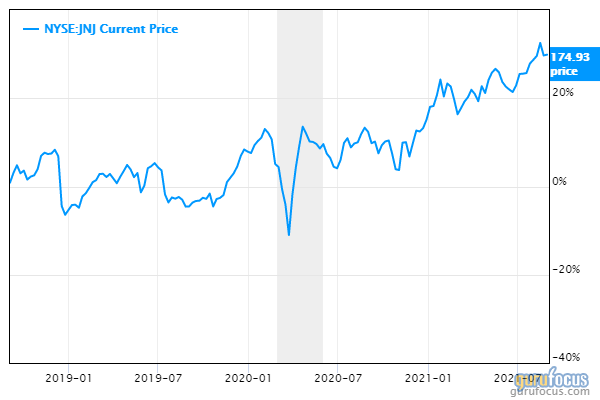 I think one should look for an edge when buying a falling stock. One thing I look for when a stock is falling is to see what the insiders are doing, especially the key executives and the board of directors. These people are usually best placed to know the reality of what is going on in their company and industry. In my experience the most predictive trades are open market stock buys made by the CEO, CEO or Directors on the open market.

While sifting through insider buying data, I noticed some heavy insider buying by key executives in a couple of biotech companies which specialize in rare disease's and which are trading near to 52-week lows. These two opportunities are candidates for further research and could represent attractive investment prospects since insiders certainly seem to think so.

The CEO and a Director have made significant purchases of VertexPharmaceuticals Inc. (

VRTX, Financial) stock recently when the stock was at 52-week lows (see the chart below for more details).

Below is the chart of insider buying and selling rates over the past few quarters. As we can see, insiders were almost all selling the stock until very recently, which could indicate they now see a turnaround:

The GF Value chart for Vertex is indicating significant undervaluation: 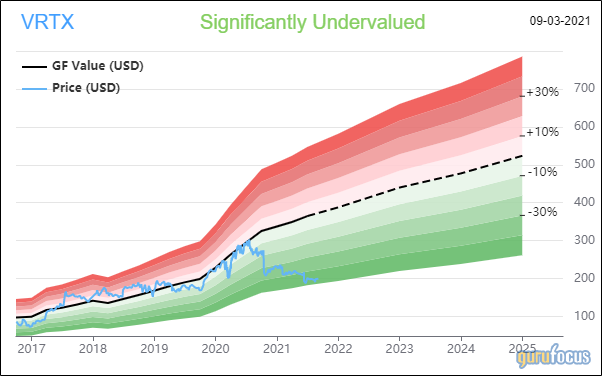 Morningstar Analysts give the stock a 4-star rating with a $266 fair value, representing a 30% margin of safety.

Vertex has a strong patent protected cystic fibrosis (CF) franchise. Cystic fibrosis is a rare but progressive and chronic lung disease. The company's approved cystic fibrosis drugs are Kalydeco, Orkambi, Symdeko and Trikafta, which will make Vertex eligible to treat about 90% of the CF population and cement its dominant position. Vertex is also making significant investments outside the CF area into other rare diseases. Drugs for rare diseases offer significant pricing power and enhanced patent protections as governments want to encourage R&D for these unmet needs,

Though the following buy by Incyte Corp. (

INCY, Financial) President Herve Hoppenot is now a few months old, the stock has not moved much from when the purchase was made. Hoppennot has not sold any of his shares:

On the other hand, company insiders as a group have been mainly selling this stock in recent quarters. I don't usually give much importance on sales as executives sell for a myriad of personal reasons and need for income but buying on the open market with cold hard cash usually indicates that the executive thinks its good value. I think it's a good bet that Mr. Hoppenot has more insight into the company's future prospects:

The GF Value chart estimates the stock is modestly undervalued: 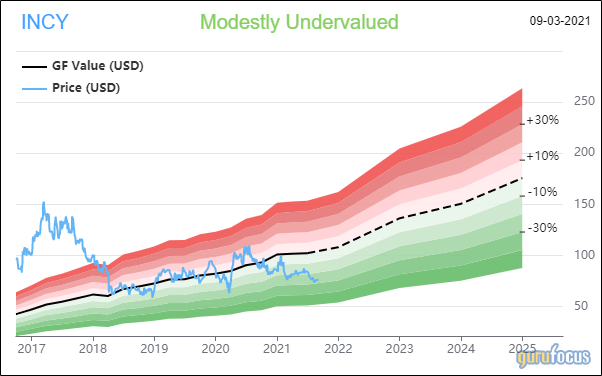 Morningstar Analysts also give it a 4-star rating with a fair value of $116, which is more than a 30% margin of safety. Incyte is known for its haematology franchise and drug myelofibrosis Jafaki (ruxolitinib). Though Jafaki patents are set to expire in or around 2028, Incyte also has a broad array of oncology and autoimmune drug development programs in its pipeline.

Both Vertex and Incyte are very interesting long candidates given significant insider purchases and apparent undervaluation. Both these companies are protected by intellectual property moats, regulatory barriers and limited competition. Stocks can swing widely for no good reasons, and its good to keep an eye out for opportune moments to acquire such companies.

I/we have no positions in any stocks mentioned, but may initiate a Long position in VRTX, INCY over the next 72 hours.
Rating: 5 / 5 (3 votes)
Write for GuruFocus
Submit an article
How to use GuruFocus - Tutorials What Is in the GuruFocus Premium Membership? A DIY Guide on How to Invest Using Guru Strategies GuruFocus New Features