Zillow: A Recovery Is Due

Z, Financial)(ZG, Financial) stock appreciated by 640% between February 2020 and April 2021. However, the stock has drawn down by 35% ever since due to a slowdown in real estate sales. Personally, I believe the drawdown is transitory and could present a good opportunity to buy the dip, and here's why.

Existing real estate sales declined dramatically between the months of February to June. Rising prices initially caused the downward trend as buyers faced sticker shock, but it seems the bottom of the curve has been reached. 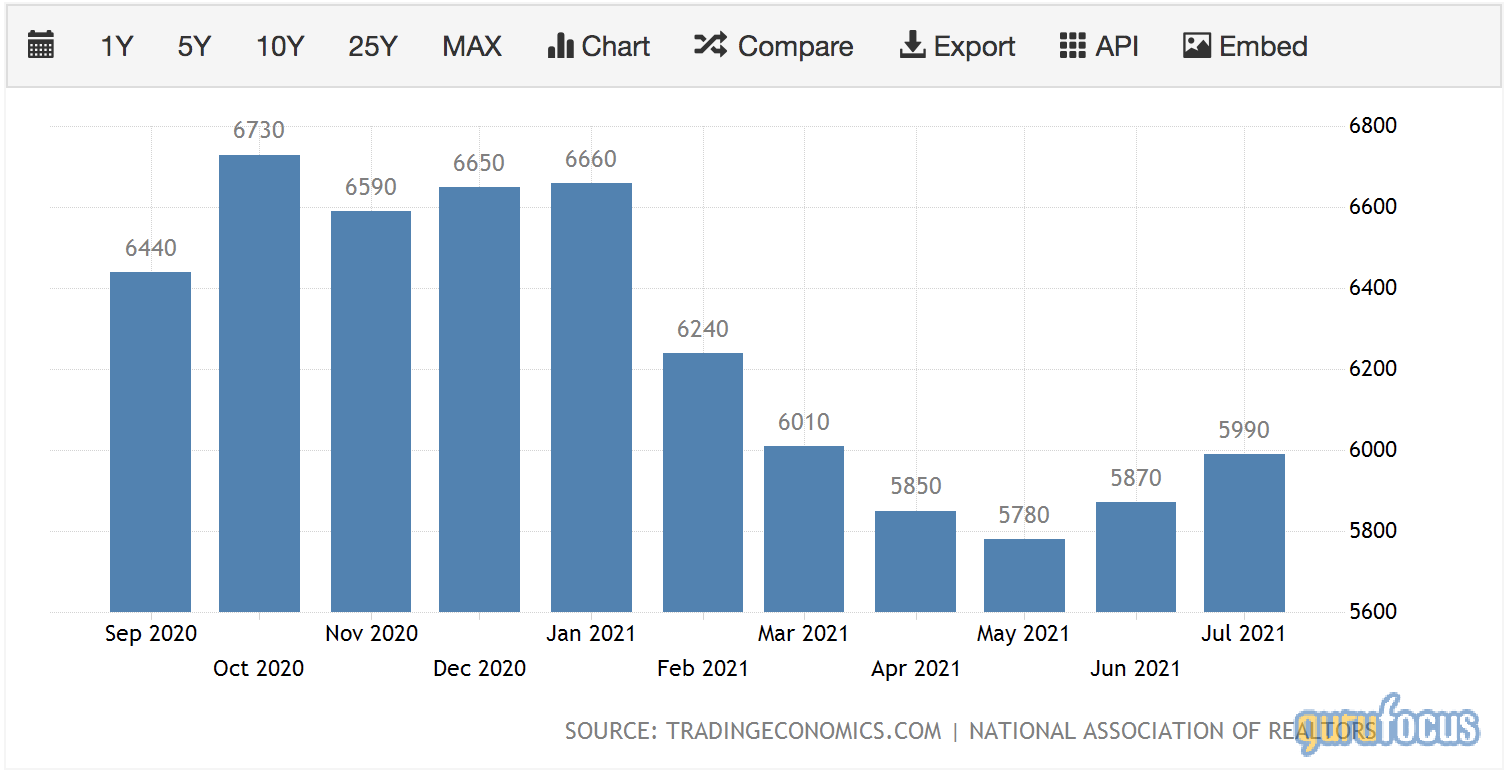 I don't think we'll experience 2020's volumes again, but we could see a period of consolidation in the housing market due to increased optimism for GDP growth and consolidation of disposable income. 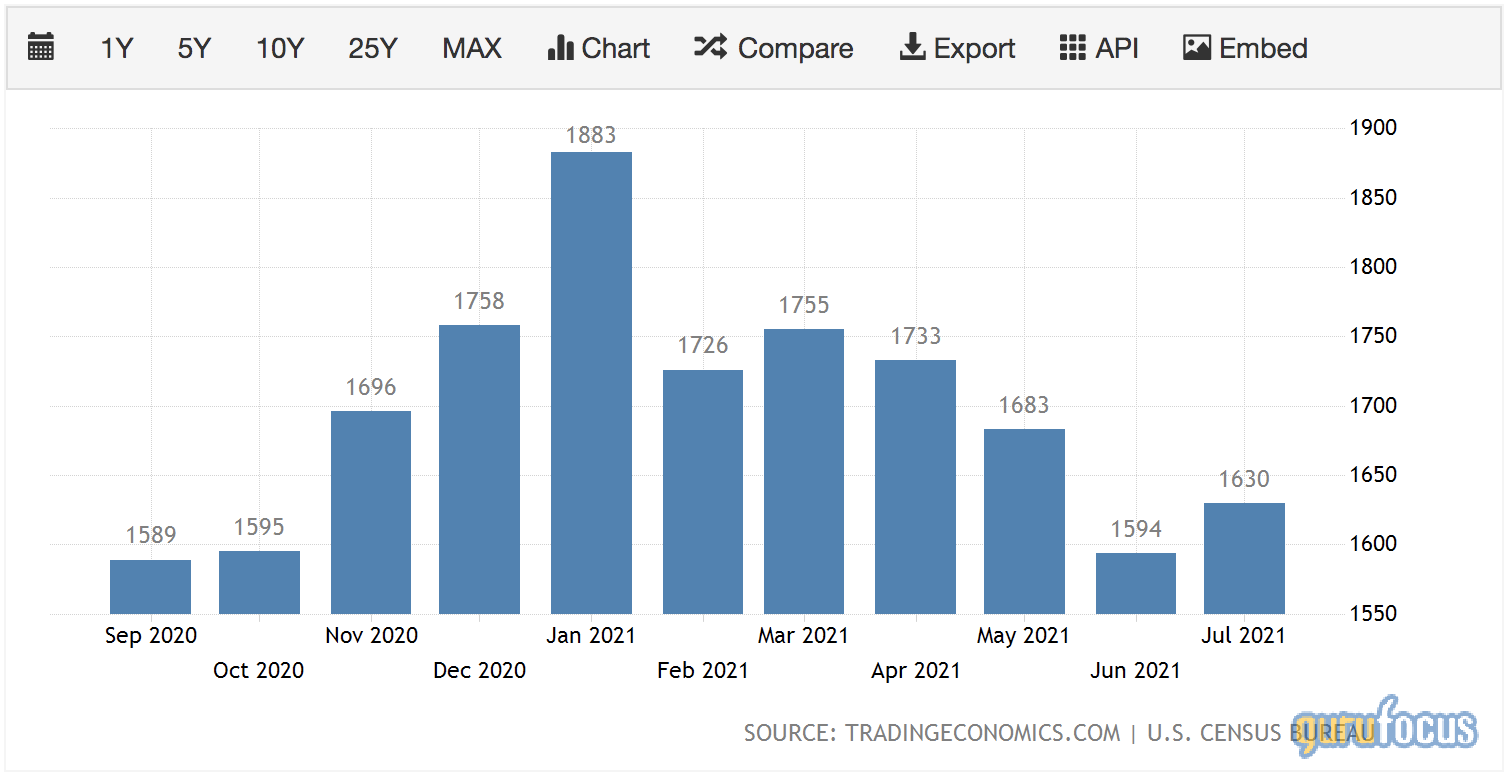 Zillow beat revenue estimates by $40 million in its second quarter earnings release. The stock's correlation with its revenue growth really shouldn't come as a surprise, as it's a hypergrowth stock.

What should be noticed is the recent disconnect between the company's revenue and its stock price. I believe this is our second indication of a temporary dip. Analysts anticipate that Zillow's revenue will grow by another 97.44% by December 2021 and 50.25% in 2022. Finally, a quarterly operating income margin of 4.99% shouldn't be overlooked as the company was enduring operating losses a year ago.

Zillow's earnings yield hit positive territory for the first time this year in the second quarter, increasing by 2.5% for the year. The outlook for its earnings is positive as its Ebitda growth is expected to beat the sector average (IT) by 2,612.50% and its five-year average by 280%.

Its working capital growth suggests that the company has a sound amount of capital to utilize for its expansion and won't be overly reliant on debt.

The final metric helpful to look at is the RSI. Although not in oversold territory, the RSI is significantly below its all-time high of 85.91, indicating that a dip-buying opportunity might have presented itself.

Zelman recently upgraded Zillow to a buy after citing systemic issues as the reason for its recent drawdown. The analyst believes that revised future economic growth will cause a stock price recovery.

I'd add to Zelman's analysis by stating that Ebitda growth and the now positive earnings yield could restore confidence in investors. The recovery in home sales and building permits could also consolidate Zillow's anticipated earnings, further driving up the stock price.