To generate superior risk-adjusted returns, the billionaire guru's Stamford, Connecticut-based firm invests in a wide range of asset classes worldwide. Its long-short strategy is based on bottom-up research processes that focus on fundamentals and macroeconomic conditions.

According to GuruFocus Real-Time Picks, a Premium feature, Cohen invested in 5.14 million shares of the biotech company on Aug. 25, allocating 0.2% of the equity portfolio to the stake. The stock traded for an average price of $8.70 per share on the day of the transaction. He previously sold out of a position in Theravance in the second quarter of 2017.

Domiciled in the U.S. and Ireland, the company, which develops organ-selective medicines for the areas of inflammation and immunology, has a $638.46 million market cap; its shares were trading around $8.69 on Wednesday with a price-sales ratio of 8.7.

The GF Value Line shows the stock is a possible value trap currently based on its historical ratios, past performance and future earnings projections. As a result, investors should take a thorough look at the company before deciding whether or not to take a position. 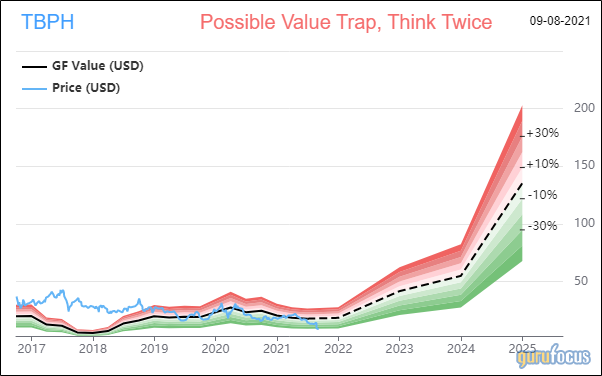 On Aug. 3, Theravance reported its second-quarter financial results. The company posted a net loss of $52.4 million on $12.9 million in revenue, a decrease from the prior-year quarter. 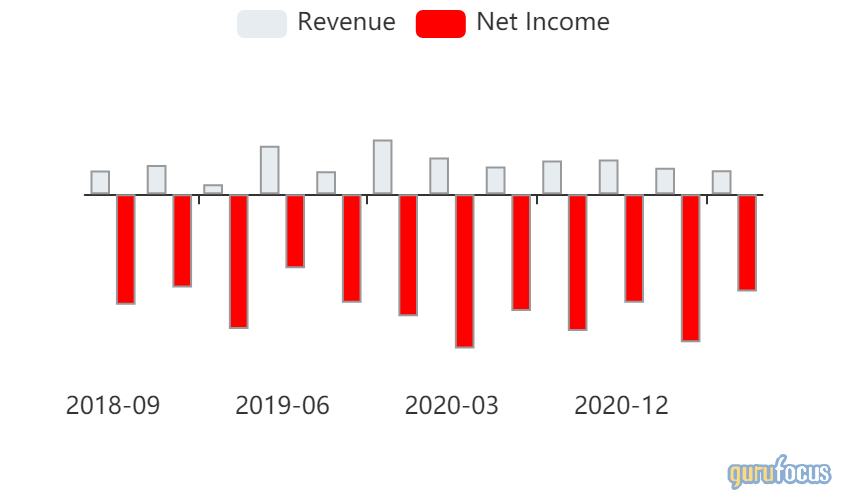 The net loss per share was 80 cents, which improved from a loss of $1 per share a year ago.

In a statement, CEO Rick E. Winningham commented on the company’s “strong progress.”

"Our field team is energized and has recently been able to increase its face-to-face engagements with customers, driving continued sales volume and market share growth,” he said. “As we look to the future for YUPELRI, we and our partner Viatris are initiating a controlled clinical study intended to provide data for a possible label update.”

He added that Theravance has made great strides in its clinical trials and is eagerly anticipating study results in the coming quarters as well as early next year.

“2021 is a pivotal year for Theravance Biopharma, and we are looking forward to the second half of the year furthering our mission of medicines that make a difference," Winningham said.

Looking ahead to the full year, the company reiterated it expects research and development expenses of $195 million to $225 million and selling, general and administrative expenses of $80 million to $90 million.

GuruFocus rated Theravance’s financial strength 1 out of 10 on the back of low debt-related ratios that are underperforming verses other industry peers. The weak Altman Z-Score of -5.73 also warns the company could be at risk of bankruptcy if it does not improve its liquidity.

The company’s profitability scored a 2 out of 10 rating. While the operating margin is expanding, Theravance is being weighed down by negative returns on assets and capital that underperform over half its competitors. The Piotroski F-Score of 3 indicates business conditions are in poor shape. Its revenue per share has also been in decline for the past 12 months.

Of the gurus invested in Theravance,

Cohen's $22.26 billion equity portfolio, which was composed of 941 stocks as of the three months ended June 30, is most heavily invested in the technology, health care and consumer cyclical sectors. 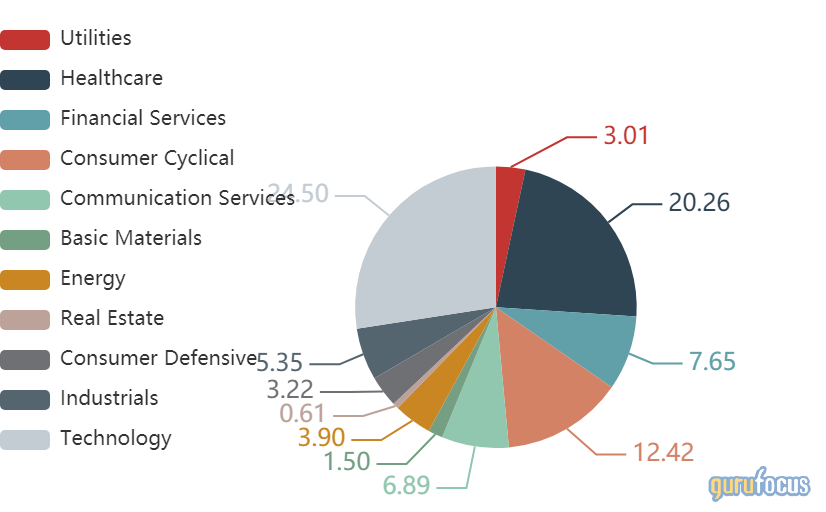 Additional biotech stocks the guru was invested in as of the end of the second quarter included Seagen Inc. (