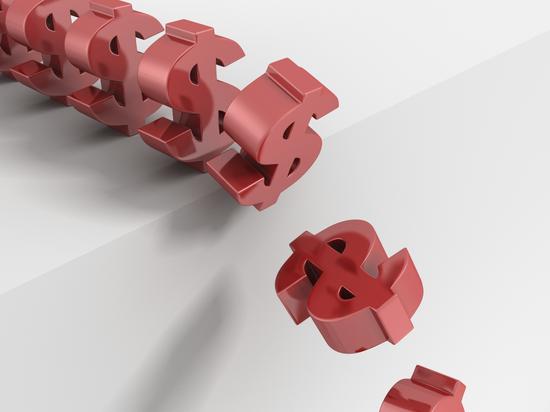 Christmas is still months away, but a couple of

Warren Buffett (Trades, Portfolio) stocks are providing a potential buying opportunity as they are trading near their 52-week lows.

With the market continuing to attempt to recover from the Covid-19 pandemic amid new strains like the delta variant, as well as geopolitical turmoil and natural disasters such as Hurricane Ida and a number of wildfires impacting the economy, two stocks in the guru’s Berkshire Hathaway (

Despite there being many buying opportunities across different sectors following the coronavirus crash, Buffett, whom many regard as one of the greatest investors of all time, has allowed his company’s cash stockpile to balloon to over $144 billion. While the guru said in 2019 he was waiting for an “elephant-sized” acquisition, it appears he has yet to find it since during the second quarter he gained only one new position and added to four other existing holdings.

In regard to price, Buffett seeks a margin of safety between a company’s share price and its intrinsic value. Additionally, he advocates for buying “wonderful” companies at “fair” prices instead of fair companies at wonderful prices.

The investor also tends to favor companies he understands, have strong moats and that he considers “high quality.” His equity portfolio consisted of 44 stocks as of the three months ended June 30, which was valued at $293.02 billion. Most of the holdings have gained this year, with only one of the top 20 declining.

As of Tuesday, the two Buffett stocks that have collapsed to near their lowest prices in a year were Verizon Communications Inc. ( 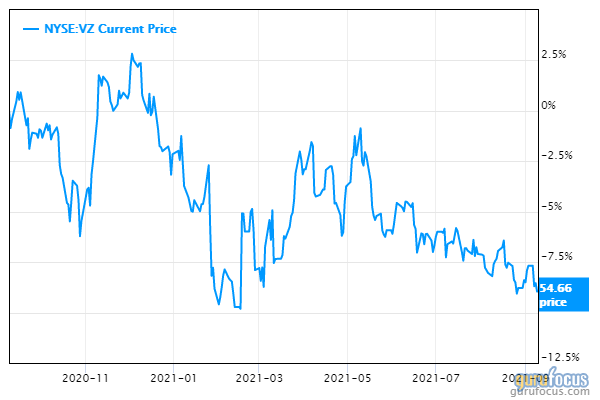 Buffett owns 158.8 million shares of the company, reflecting 3.04% of his equity portfolio. It is also his seventh-largest holding.

The New York-based telecommunications company has a $226.3 billion market cap; its shares were trading around $54.66 on Thursday with a price-earnings ratio of 11.33, a price-book ratio of 3.07 and a price-sales ratio of 1.71.

GuruFocus rated Verizon’s financial strength 3 out of 10. Despite issuing new long-term debt over the past three years, it is still at a manageable level as a result of adequate interest coverage. The Altman Z-Score of 1.42 warns it is in distress, however, and could be at risk of going bankrupt. Value creation is occurring, though, as the weighted average cost of capital is overshadowed by the return on invested capital.

Although the operating margin is in decline, the company’s profitability scored a 7 out of 10 rating as a result of strong returns on equity, assets and capital outperforming a majority of competitors. Verizon is also supported by a moderate Piotroski F-Score of 4 out of 9, meaning business conditions are typical for a stable company, and a predictability rank of one out of five stars. According to GuruFocus, companies with this rank return an average of 1.1% annually over a 10-year period.

Buffett has the largest stake among the gurus with 3.84% of its outstanding shares. Pioneer Investments, 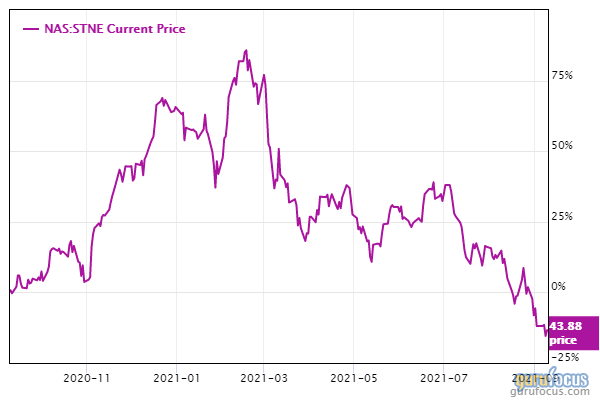 The Oracle of Omaha owns 10.7 million shares of the company, making up 0.24% of his portfolio.

The financial technology company, which is headquartered in the Cayman Islands, has a market cap of $13.55 billion; its shares were trading around $43.88 on Thursday with a price-earnings ratio of 56.07, a price-book ratio of 4.53 and a price-sales ratio of 22.23.

StoneCo’s financial strength and profitability were both rated 5 out of 10 by GuruFocus. As a result of issuing new long-term debt over the past three years, it has poor interest coverage. In addition the Altman Z-Score of 2.66 indicates the company is under some pressure as it has recorded losses in operating income and declines in revenue per share over the past several years.

The company’s margins and returns are strong, topping a majority of industry peers, but the low Piotroski F-Score of 2 is indicative of poor operating conditions.

With a 3.46% stake, Buffett is StoneCo’s largest guru shareholder. Other top guru investors include

I/we have no positions in any stocks mentioned, and no plans to initiate any positions within the next 72 hours.
The views of this author are solely their own opinion and are not endorsed or guaranteed by GuruFocus.com
Rating: 5 / 5 (6 votes)
Bookmark