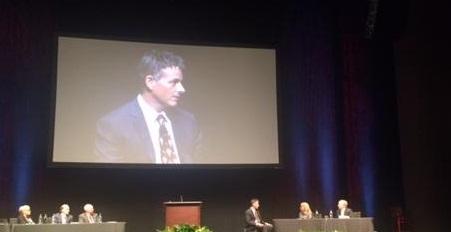 According to current portfolio statistics, a Premium feature, the top-performing stocks year to date in

GLRE, Financial), takes an activist approach to investing, believing that an investment approach that emphasizes intrinsic value has higher potential to achieve consistent returns and safeguard capital. Despite this, Greenlight returned -2.90% during the second quarter, underperforming the Standard & Poor’s 500 Index's return of 8.5%. Although long positions contributed 5.30%, short positions and macro holdings detracted 4.60% and 3.30%.

Despite the setback, Greenlight said in its shareholder letter that the firm “had the wind at [its] back” during the better parts of the past nine months, driven by value stocks outperforming growth stocks and rising inflation expectations and Treasury yields. According to the heat map, a new Premium feature of GuruFocus, most of Greenlight’s top 20 holdings have positive year-to-date returns.

CEIX, Financial), giving the position 2.51% equity portfolio weight. The stock has gained approximately 252.70% year to date and is significantly overvalued based on Friday’s price-to-GF Value ratio of 2.42. 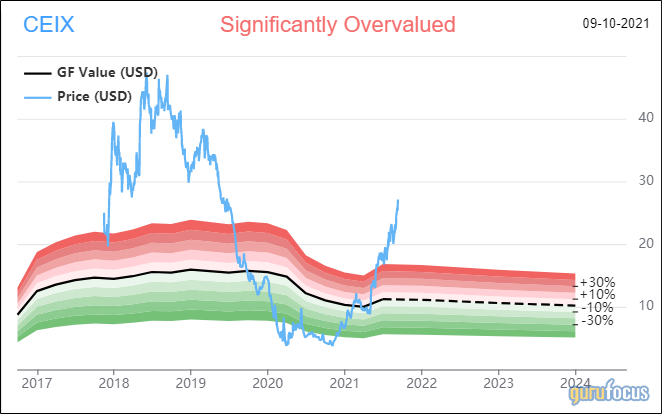 GuruFocus ranks the Canonsburg, Pennsylvania-based energy company’s financial strength 3 out of 10 on several warning signs, which include a low Altman Z-score of 0.99 and debt ratios that underperform more than 80% of global competitors. 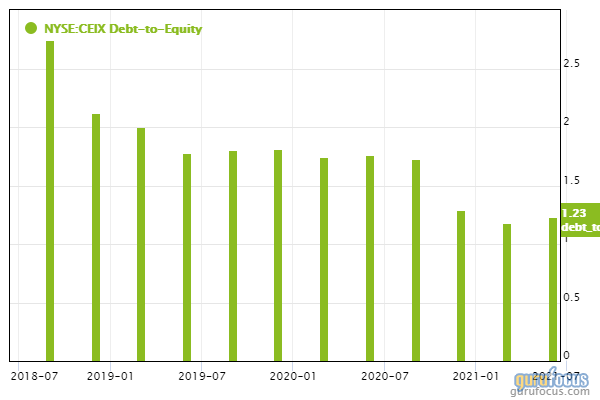 Greenlight said in its quarterly letter that CONSOL is “poised to benefit from rising coal prices,” yet trades at a “stale” consensus earnings multiple that “does not reflect recent coal price gains.” 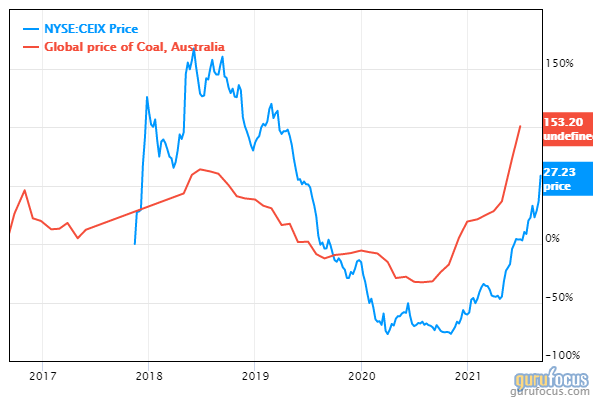 Other gurus with holdings in CONSOL include AzValor Internacional FI and 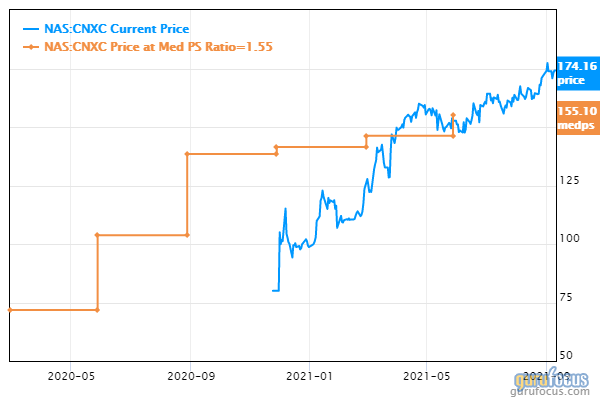 GuruFocus ranks the Fremont, California-based customer management software company’s financial strength 6 out of 10 on the back of a high Altman Z-score of 3.62 despite interest coverage and debt ratios underperforming more than 64% of global competitors. 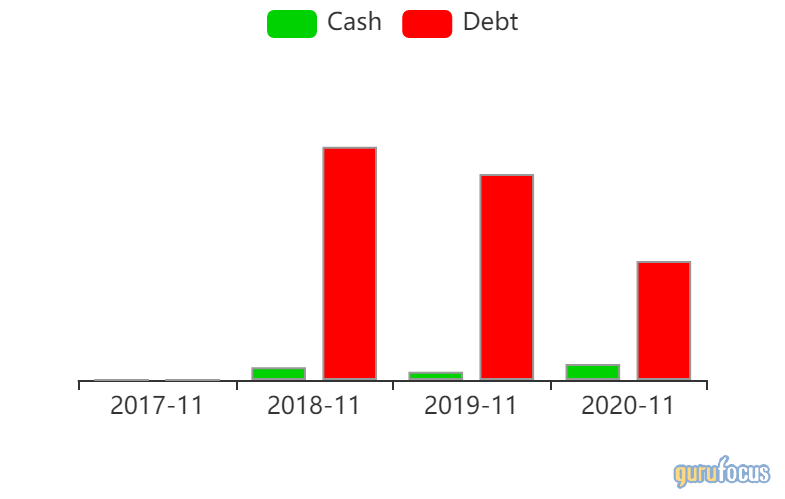 ODP, Financial), giving the position 1.95% weight in the equity portfolio. The stock has gained 50.41% year to date and is significantly overvalued based on Friday’s price-to-GF Value ratio of 1.90. 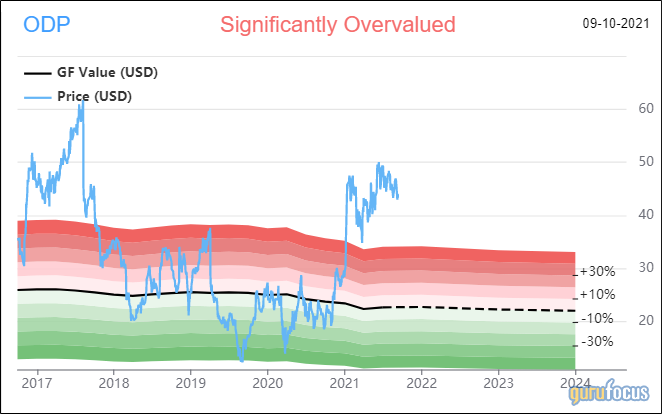 The Boca Raton, Florida-based company operates business services and retails office products through its Office Depot and Office Max stores. GuruFocus ranks the company’s financial strength 5 out of 10 on the back of interest coverage and debt ratios underperforming more than half of global competitors despite having a high Piotroski F-score of 7. 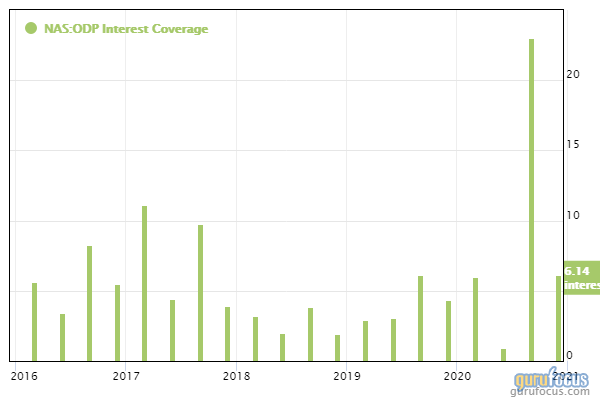 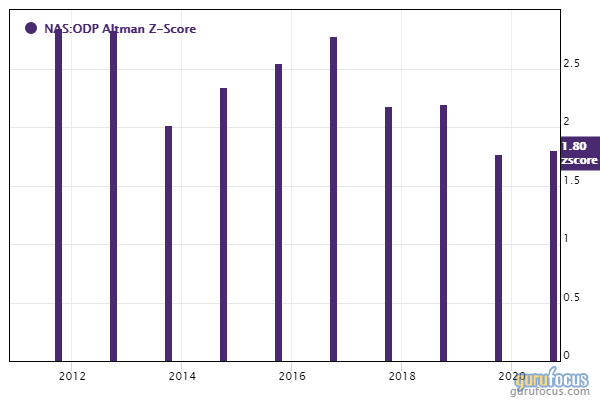 REZI, Financial), allocating 2.68% of its equity portfolio to the stake. The stock has gained 38.24% year to date. 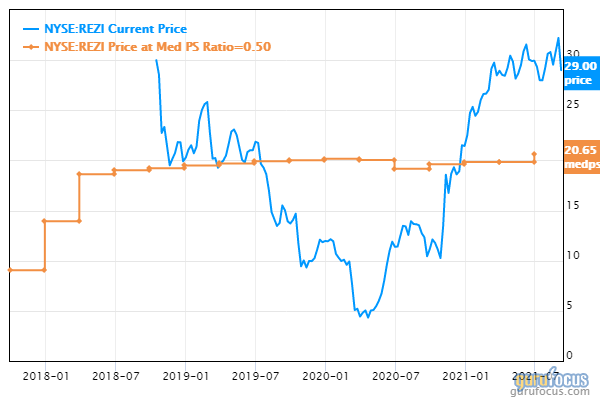 GuruFocus ranks the Austin, Texas-based residential business service company’s financial strength 5 out of 10: Although ODP has a high Piotroski F-score of 8, interest coverage and debt ratios underperform more than 60% of global competitors. 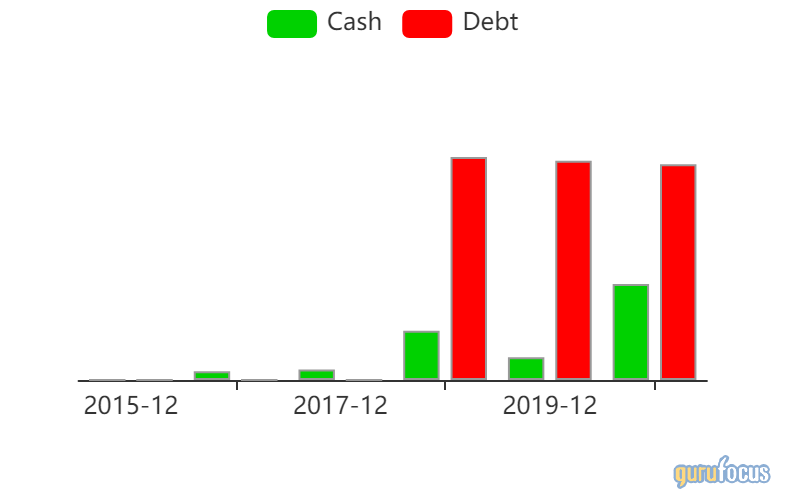 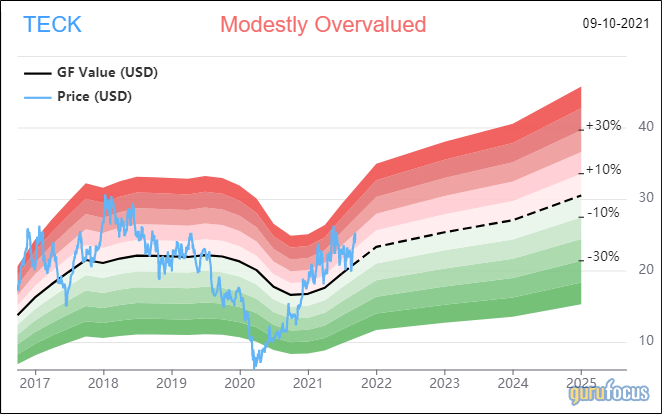 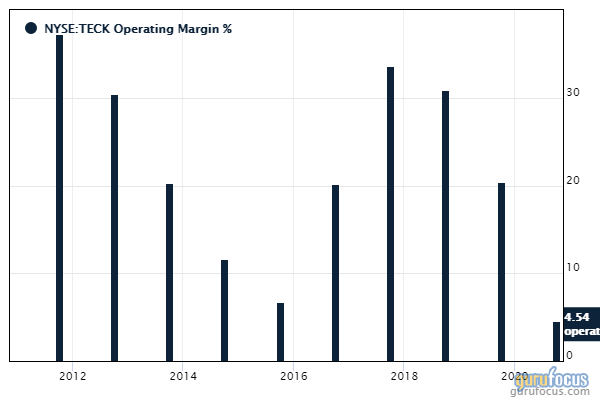 Greenlight said in its shareholder letter that it believes Teck may benefit from the increased demand for copper due to the “electrification of the automobile industry and expansion of green energy.”

I/we have no positions in any stocks mentioned, and no plans to initiate any positions within the next 72 hours.
The views of this author are solely their own opinion and are not endorsed or guaranteed by GuruFocus.com
Rating: 4 / 5 (1 votes)
Bookmark