2 Stocks These Canadian Investors Agree On

Prem Watsa (Trades, Portfolio), leader of Fairfax Financial Holdings Ltd. (TSX:FFH, Financial), and Francis Chou (Trades, Portfolio), head of Chou Associates Management, met each other while working for Gardiner Watson in the 1980s before going on to establish their own firms. While they take different approaches to identifying good value opportunities today, they do have a couple holdings in common.

Inspired by Chou’s explanation of how

Chou, whose firm is also headquartered in Toronto, bases his philosophy on rigorous analysis of each company’s “balance sheet, cash flow characteristics, profitability, industry positions, special strengths, future growth potential and management ability.” The more a stock appears undervalued as calculated with the above data, the more of his fund he allocates to it, and margin of safety is paramount.

According to GuruFocus’ Aggregated Portfolio, a Premium feature, the two gurus both have positions in BlackBerry Ltd. (

Both gurus left their positions in BlackBerry (

The Canadian software company, which was previously known for its smart phones before shifting focus to cybersecurity, communications software and internet of things applications, has a $5.84 billion market cap; its shares were trading around $10.33 on Tuesday with a price-book ratio of 4.19 and a price-sales ratio of 6.66. 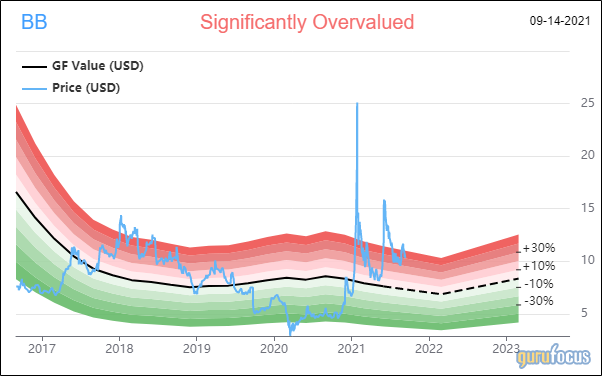 BlackBerry’ financial strength was rated 4 out of 10. In addition to a Sloan ratio that is indicative of poor earnings quality, the Altman Z-Score of 2.14 is in the grey zone, meaning it is under some pressure since revenue per share has declined for the past five years.

The company’s profitability fared even worse, scoring a 2 out of 10 rating. Although the operating margin is expanding, the returns on equity, assets and capital are negative and underperform a majority of competitors. BlackBerry is supported by a moderate Piotroski F-Score of 4 out of 9, though, which indicates its business conditions are stable. It also has a predictability rank of one out of five stars. According to GuruFocus, companies with this rank return an average of 1.1% annually over a 10-year period.

GuruFocus estimates Watsa, who is the company’s largest guru shareholder with an 8.25% stake, has lost 39.76% on the investment, which he has had since 2010. Chou has yielded a 32.84% return since establishing the position in the third quarter of 2012.

Other gurus who own the stock include

RFP, Financial) unchanged in the second quarter with 30.5 million shares. Chou, on the other hand, reduced his 3.9 million-share stake by 13.58%.

Headquartered in Montreal, Quebec, the pulp and paper manufacturer has a market cap of $830.64 million; its shares were trading around $10.51 on Tuesday with a price-earnings ratio of 2.38, a price-book ratio of 0.6 and a price-sales ratio of 0.25. 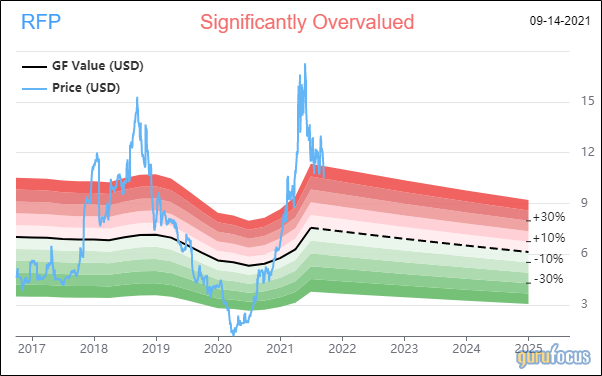 GuruFocus rated Resolute’s financial strength 5 out of 10. Despite having adequate interest coverage, the Altman Z-Score of 1.41 warns the company could be at risk of bankruptcy if it does not improve its liquidity. The weighted average cost of capital is also overshadowed by the return on invested capital, indicating value creation is occurring as the company grows.

The company’s profitability scored a 4 out of 10 rating on the back of strong margins and returns that outperform a majority of industry peers and a high Piotroski F-Score of 8, indicating operations are healthy. Although Resolute’s revenue per share has declined over the past five years, it has a one-star predictability rank.

With 38.61% of outstanding shares, Watsa is the company’s largest guru shareholder. Chou has the second-largest holding with a 4.98% stake. Donald Smith & Co.,

Watsa’s $3.11 billion equity portfolio, which was composed of 59 stocks as of the end of the second quarter, is heavily invested in the financial services sector with a weight of 49.85%. 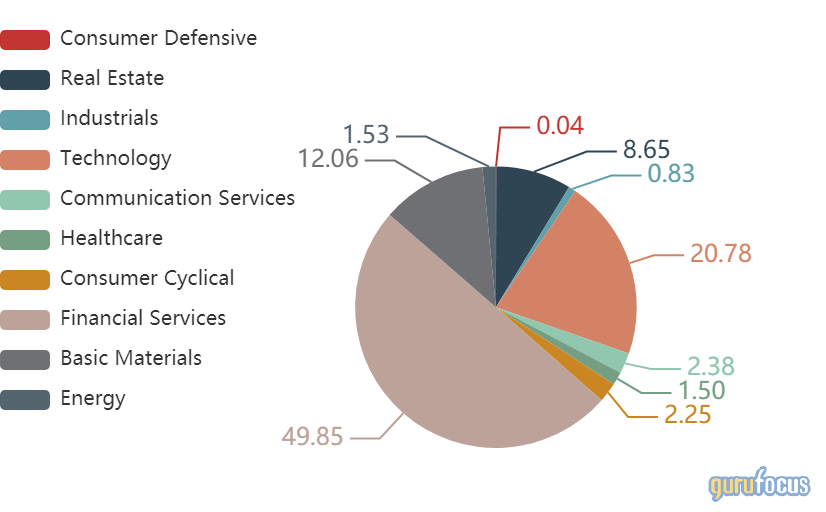 Chou’s $229 million equity portfolio, which is composed of 19 holdings, is largely invested in the basic materials, financial services and health care sectors. 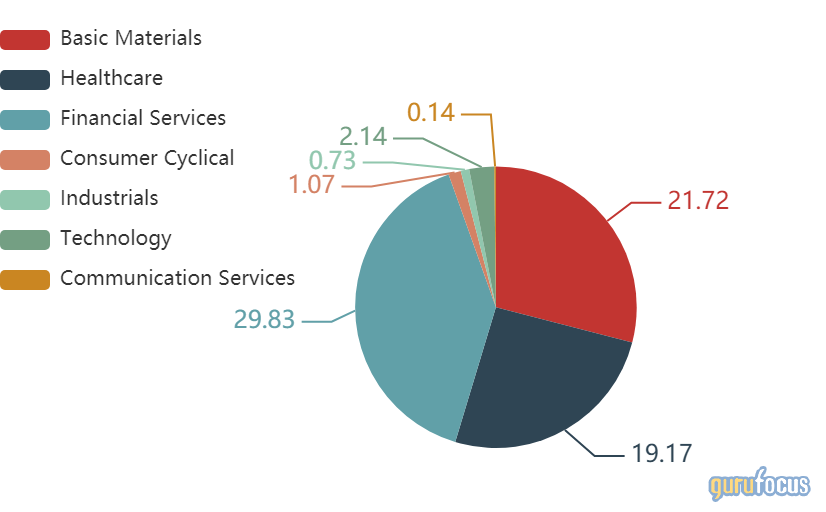