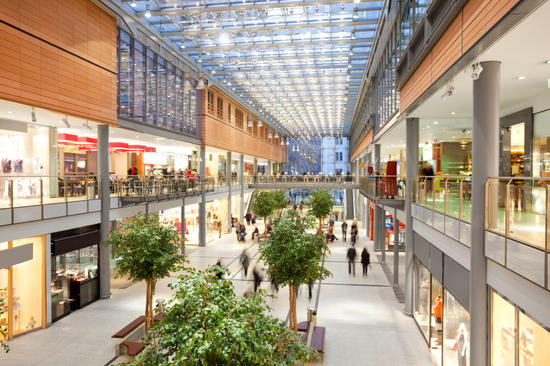 On Thursday, the U.S. Census Bureau said that retail and food sales for August were $618.7 billion, up 0.7% from July and outperforming the consensus estimate of a 0.8% decline. Sales increased 15.1% from the prior-year month, driven by a 38.8% increase in clothing and clothing accessories store sales. 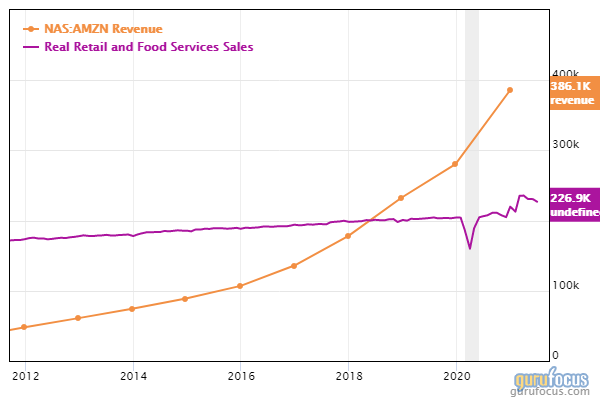 The consensus estimate reflects the expectation that consumers cut back on retail sales as the delta variant continues its spread across the U.S. On Sept. 10, the U.S. Centers for Disease Control and Prevention said that while the seven-day average of new daily Covid-19 cases declined 12.7% from a week ago, the current seven-day average remains more than 95% higher than the seven-day average from a year ago.

As people monitor the surprise increase in retail sales, investors can find opportunities in retail stocks owned by two gurus that studied under Tiger Management leader

New York-based Tiger Global seeks to invest in high-quality companies that have strong management teams and could benefit from powerful secular growth trends. While Coleman primarily likes investing in small-cap and technology companies, Tiger Global’s equity portfolio has a 23.19% weight in consumer cyclical stocks, its second-largest sector in terms of weight. 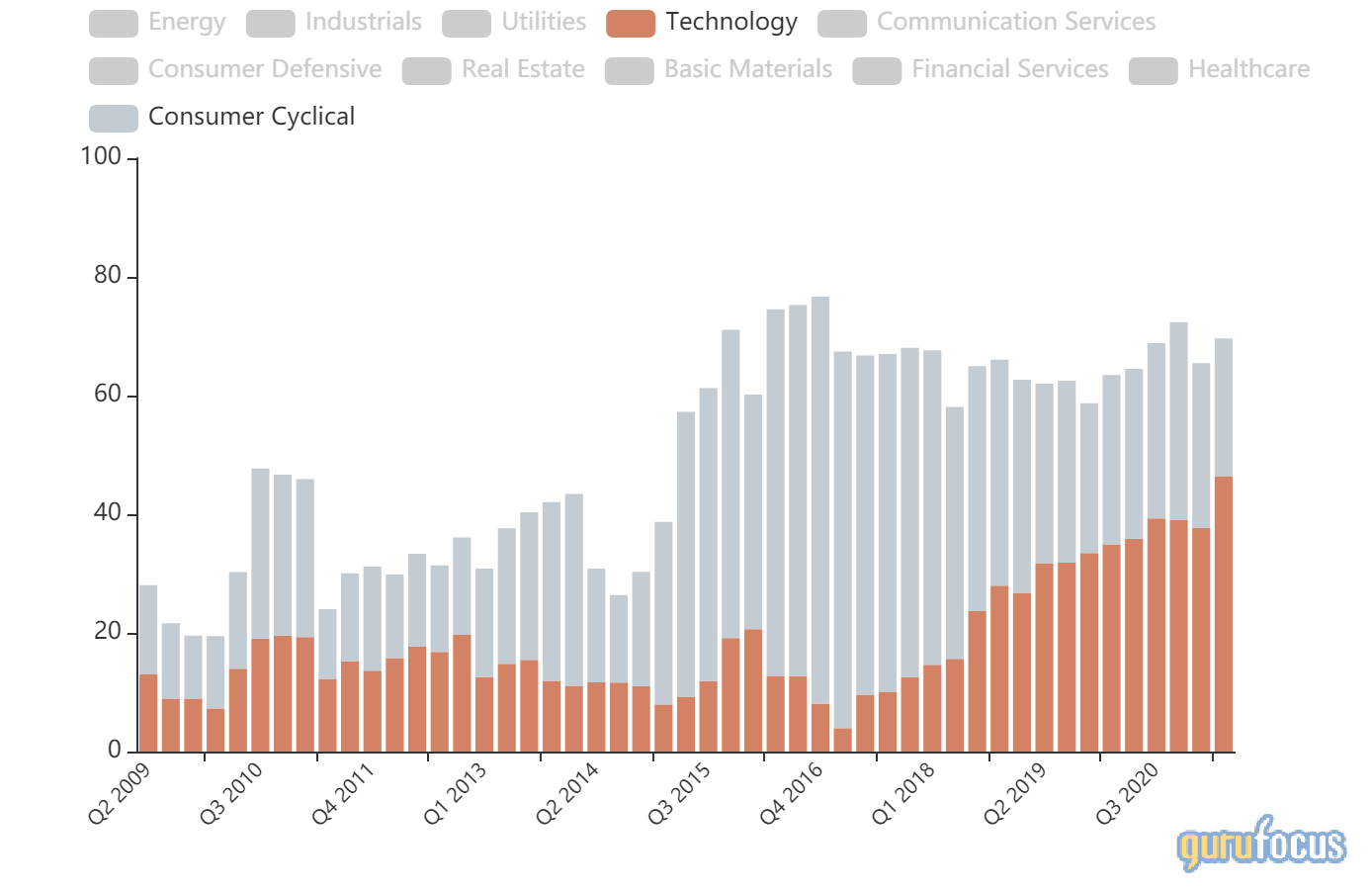 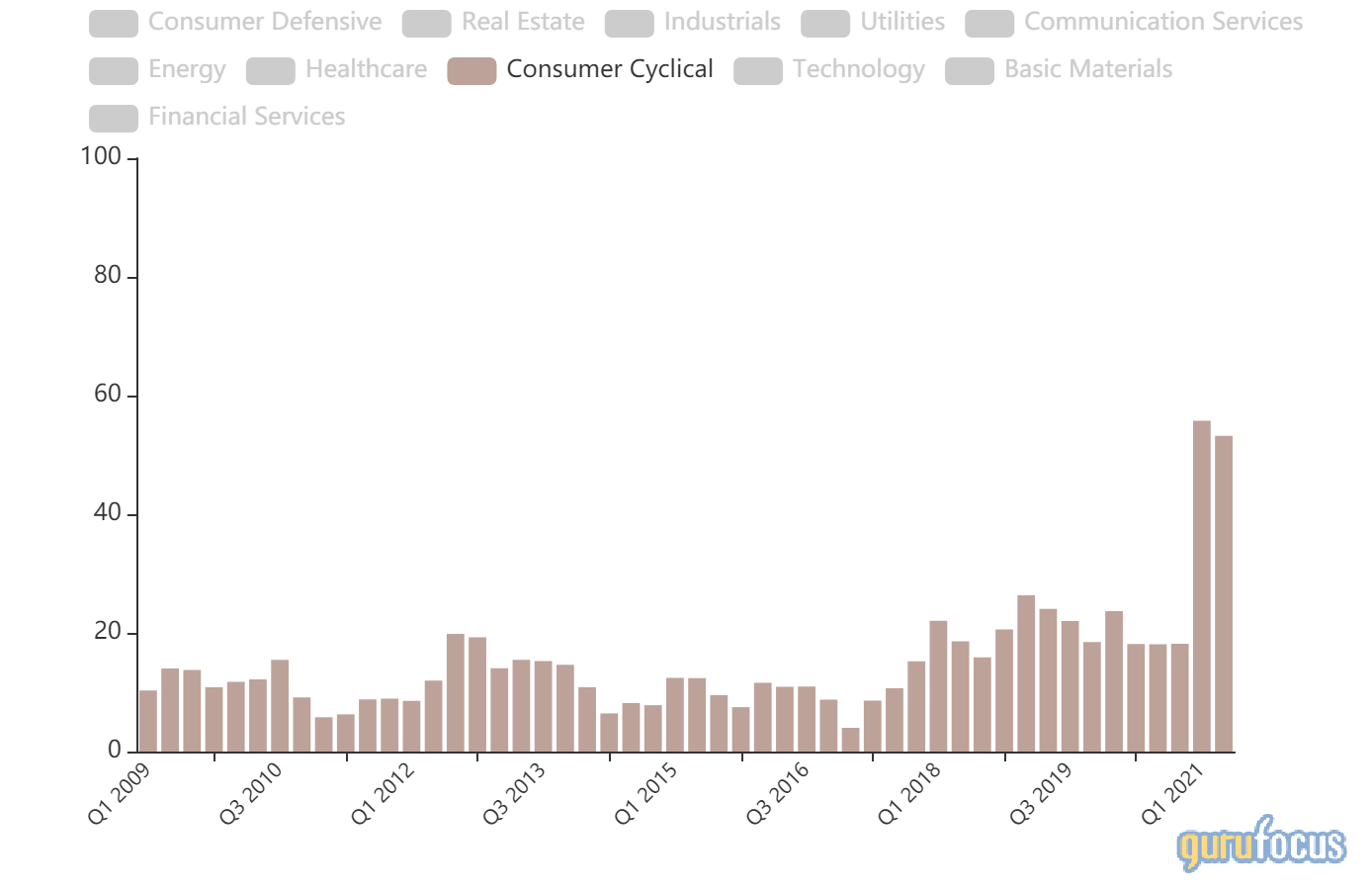 Tiger Global and Maverick have a combined weight of 2.74% in Alibaba (

BABA, Financial). Shares traded around $155.88; the stock is significantly undervalued based on Thursday’s price-to-GF Value ratio of 0.42. 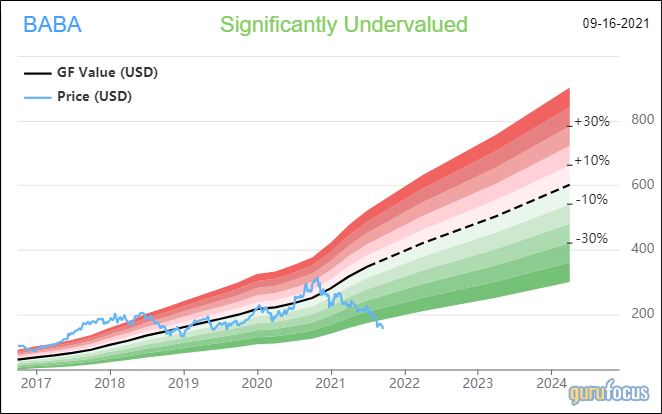 GuruFocus ranks the Chinese e-commerce giant’s profitability 8 out of 10 on several positive investing signs, which include a three-star business predictability rank as well as profit margins and returns that outperform more than 80% of global competitors. 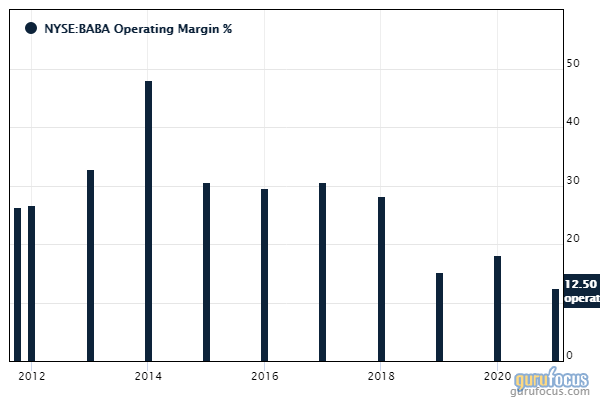 Other gurus with holdings in Alibaba include

Tiger Global and Maverick have a combined weight of 5.79% in Amazon.com ( 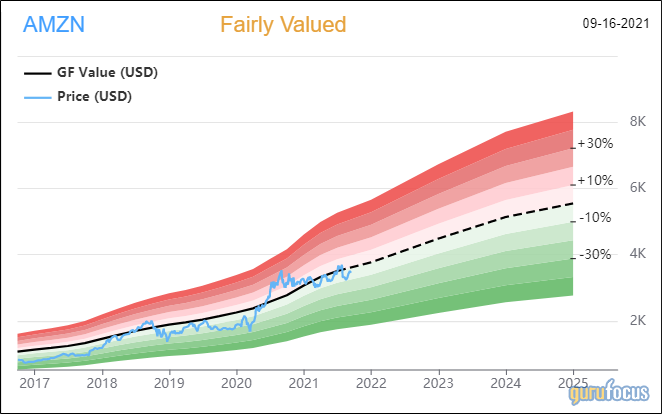 GuruFocus ranks the Seattle-based e-commerce giant’s profitability 8 out of 10 on several positive investing signs, which include a five-star business predictability rank, a high Piotroski F-score of 8 and an operating margin that is near a 10-year high of 6.68% and outperforms more than 63% of global competitors. 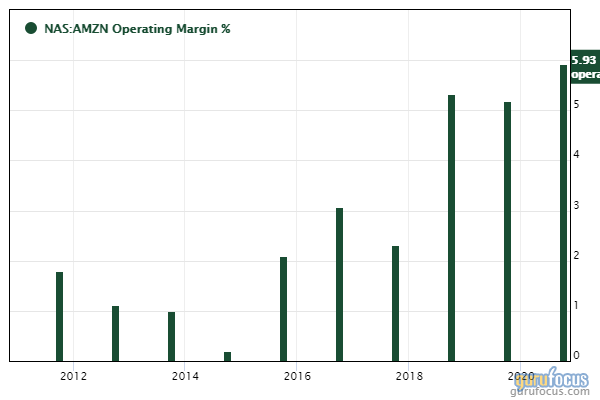 Tiger Global and Maverick have a combined weight of 42.63% in Coupang (

CPNG, Financial), a South Korean e-commerce company that sells a wide range of apparel, electronics, footwear and other miscellaneous products. According to top-\ 10 holdings statistics, a Premium feature, Coupang is Maverick’s top holding with a weight of 42.35%. 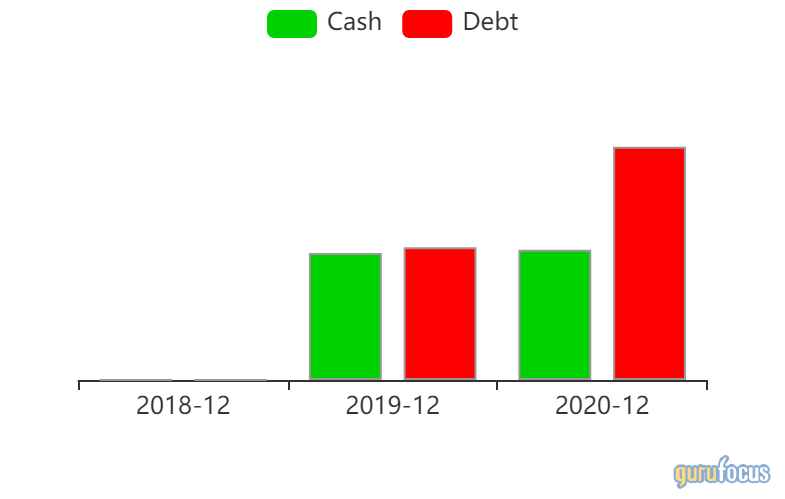 Shares of Coupang traded around $29.30 on Thursday.

Tiger Global and Maverick have a combined weight of 7.67% in JD.com (

JD, Financial). Shares traded around $77.15; the stock is modestly overvalued based on Thursday’s price-to-GF Value ratio of 1.24. 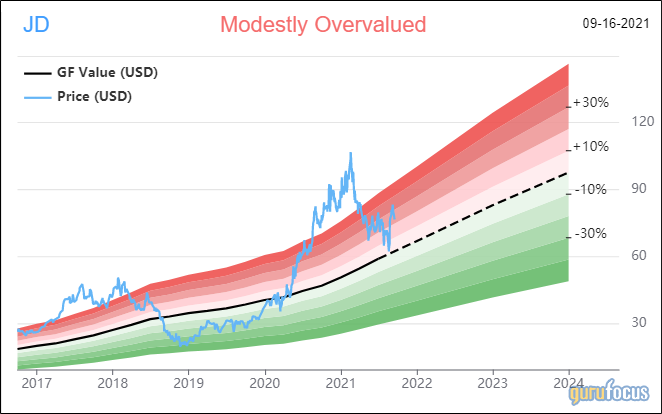 GuruFocus ranks the Beijing-based e-commerce company’s financial strength 7 out of 10 on several positive investing signs, which include a high Piotroski F-score of 7, a strong Altman Z-score of 4.26 and debt ratios that are outperforming more than 78% of global competitors. 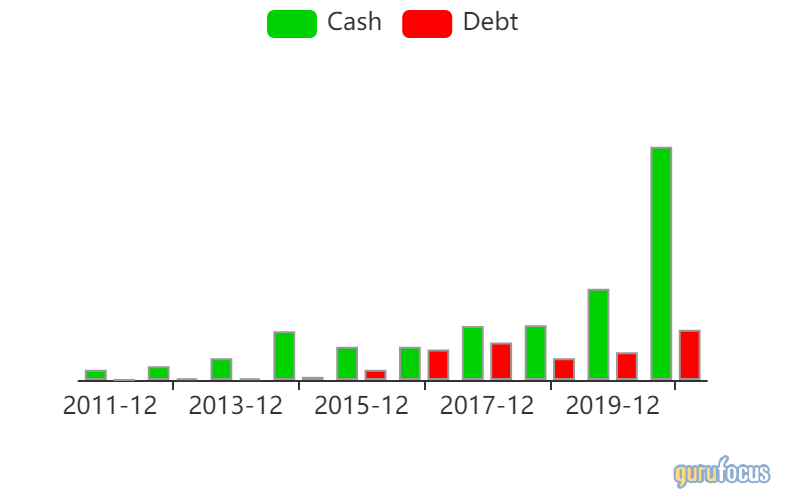 Tiger Global and Maverick have a combined weight of 4.45% in Carvana (

CVNA, Financial). Shares traded around $344.22; the stock is significantly overvalued based on Thursday’s price-to-GF Value ratio of 3.64. 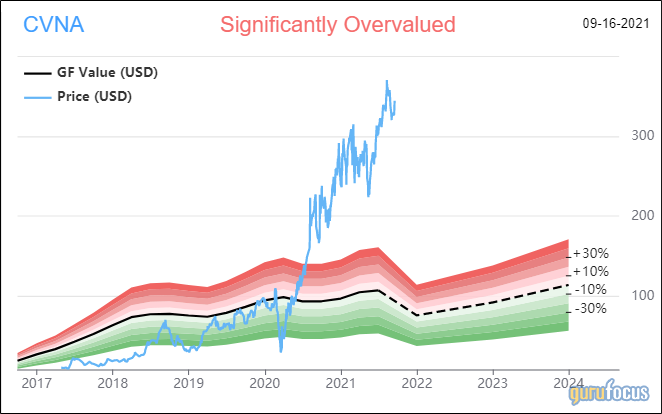 GuruFocus ranks the Tempe, Arizona-based car e-commerce company’s financial strength 3 out of 10 on several warning signs, which include a low Piotroski F-score of 3 and debt ratios that underperform more than 97% of global competitors despite the company having a strong Altman Z-score of 6.69. 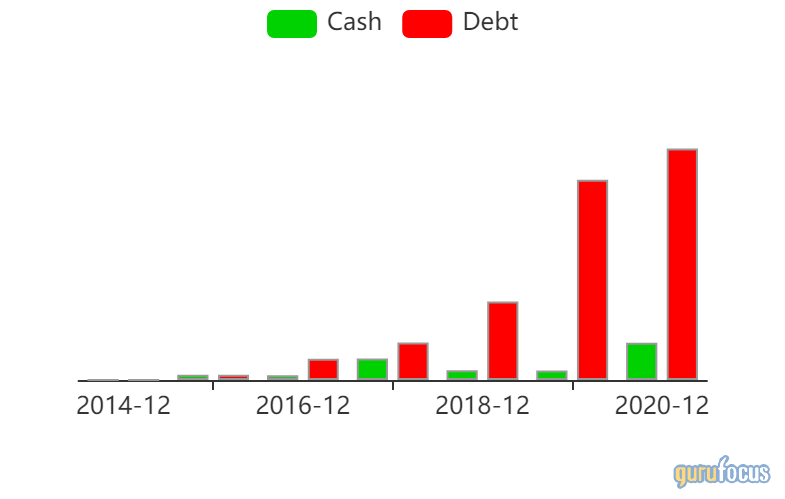 I am/we are Long BABA
Rating: 4 / 5 (1 votes)
Write for GuruFocus
Submit an article
How to use GuruFocus - Tutorials What Is in the GuruFocus Premium Membership? A DIY Guide on How to Invest Using Guru Strategies GuruFocus New Features