With recent updates from Pfizer Inc. (

PFE, Financial) and BioNTech SE (BNTX, Financial) regarding the effectiveness of their Covid-19 vaccine among children ages 5 to 11 and Johnson & Johnson’s (JNJ, Financial) booster shot announcement, consumers and investors alike are continuing to carefully watch the health care space.

As a result of this progress, value opportunities may be found among health care companies that outperformed the Standard & Poor’s 500 Index. As of Sept. 21, the GuruFocus All-in-One Screener, a Premium feature, found several stocks that with a market cap over $5 billion that had a higher return relative to the index for the period. It also looked at stocks with GF Value ranging from significantly undervalued to fairly valued.

Based on these criteria, health care stocks that outperformed the S&P 500 by at least 15% year to date are Regeneron Pharmaceuticals Inc. ( 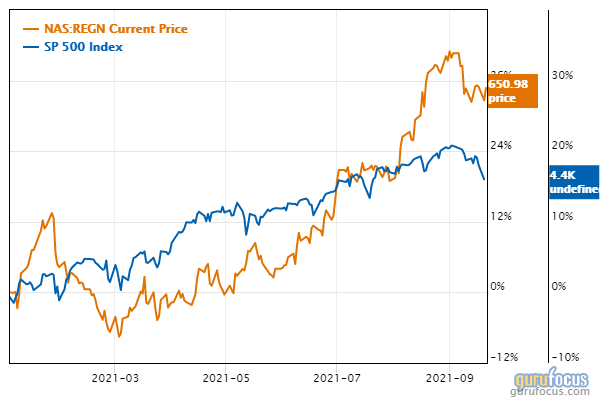 The GF Value Line indicates that the stock is modestly undervalued currently based on historical ratios, past performance and future earnings projections. 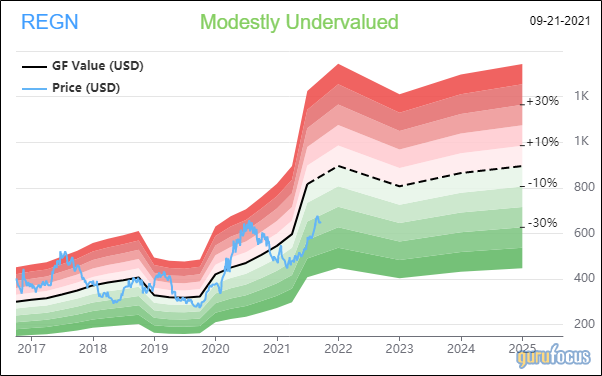 The Tarrytown, New York-based biotech company has a GuruFocus financial strength rating of 7 out of 10. In addition to adequate interest coverage, Regeneron is supported by a robust Altman Z-Score of 9.69 that implies it is in good standing even though assets are building up at a faster rate than revenue is growing. The return on invested capital also overshadows the weighted average cost of capital, suggesting the company is able to create value as it grows.

Regeneron’s profitability scored an 8 out of 10 rating, driven by operating margin expansion, strong returns on equity, assets and capital that outperform a majority of competitors and a moderate Piotroski F-Score of 6, meaning conditions are typical for a stable company. The company also has a predictability rank of one out of five stars. According to GuruFocus, companies with this rank gain an average of 1.1% annually over a 10-year period.

Of the gurus invested in Regeneron as of the end of the second quarter, the 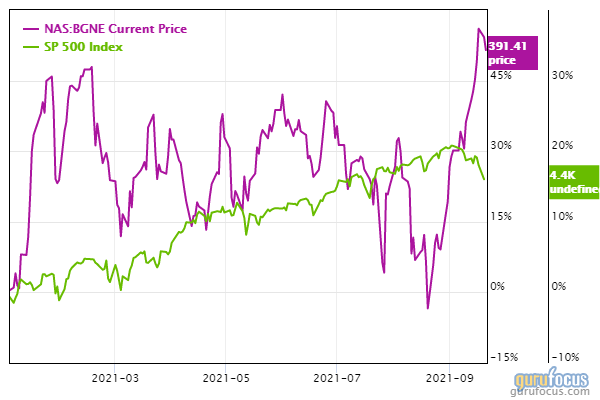 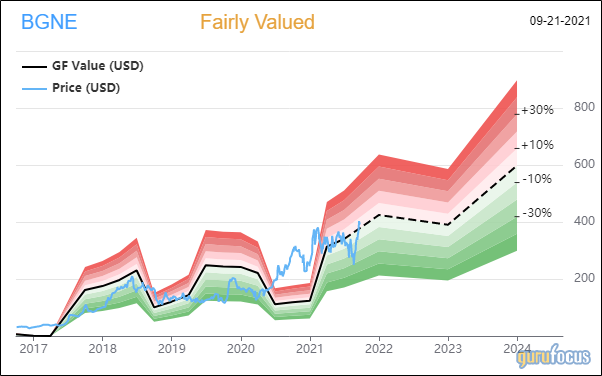 The Chinese biotech company, which specializes in developing drugs to treat cancer, has a financial strength rating of 6 out of 10 from GuruFocus. As a result of issuing approximately $422.9 million in new long-term debt over the past three years, it has poor interest coverage. The high Altman Z-Score of 11.16, however, suggests it is in good standing even though the Sloan ratio is indicative of poor earnings quality.

The company’s profitability did not fare as well, scoring a 3 out of 10 rating even though the operating margin is expanding and its negative returns outperform over half of its industry peers. BeiGene also has a moderate Piotroski F-Score of 5, but has recorded losses in operating income and declining revenue per share over the past several years.