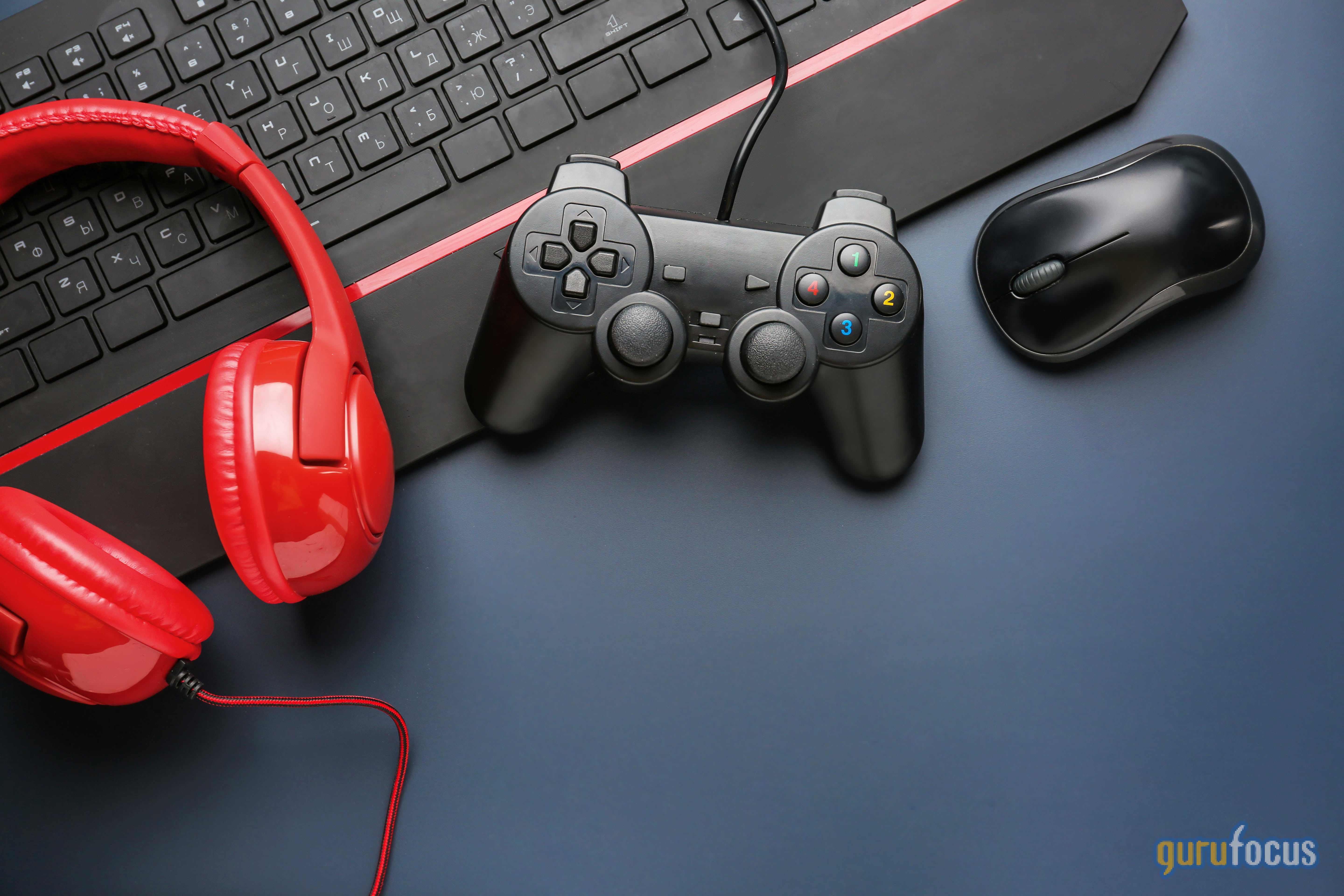 With fall in the air and the holiday season rapidly approaching, video game companies have started their far-reaching advertisements for upcoming games. This holiday season looks to be packed full of new releases throughout many of the most successful game franchises in history. Despite these highly anticipated titles, many gaming companies have been beat down amidst the ongoing chip shortage plaguing multiple industries. Using the All-in-One Screener, several gaming companies trading at fairly valued to undervalued ratings include Electronic Arts Inc. (

After a recent delay, Electronic Arts (

EA, Financial) is set to debut the next game in its long-running Battlefield series. The game returns the series to a modern theme after several years of World War I and World War II-themed games, a welcome change for its aging fan base. The game is set to debut on Nov. 19, just in time for a wave of buyers looking for Black Friday deals.

On Sept. 21, the stock was trading at $127.02 per share with a market cap of $36.17 billion. The company traded above fair value throughout most of the pandemic, but a recent decline has landed the company just inside of the fair value mark according to the GF Value Line. 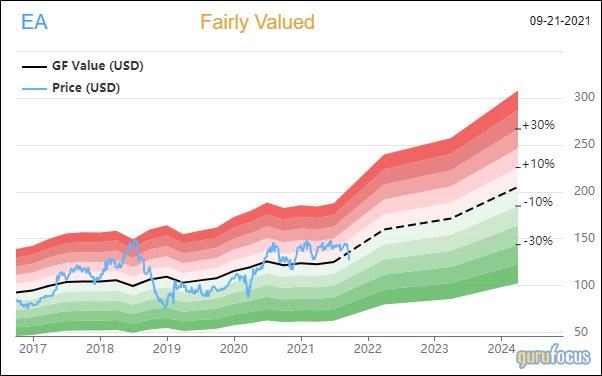 GuruFocus gives the company a financial strength rating of 7 out of 10, a profitability rank of 8 out of 10 and a valuation rank of 3 out of 10. There are currently two severe warning signs issued for assets growing faster than revenue and a declining operating margin. The company’s cash-to-debt ratio of 1.9 is at a 10-year low and ranks the company worse than 69.66% of industry competitors. 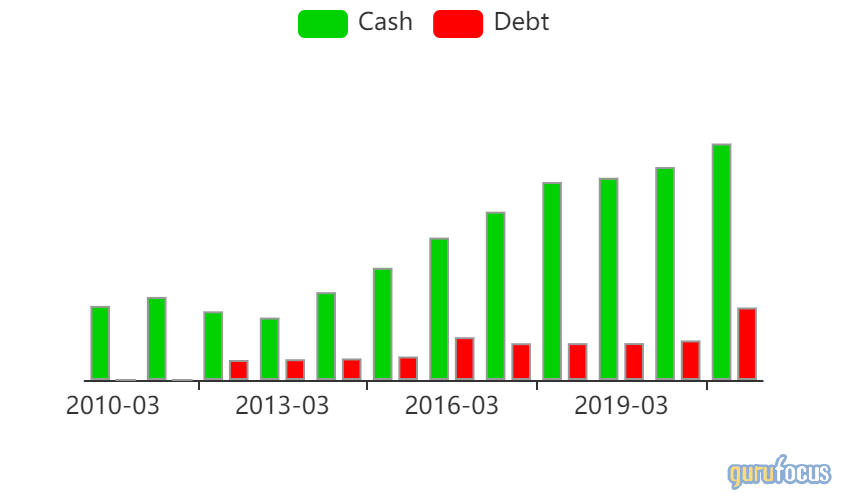 NTDOY, Financial) was one of the first companies to experience supply shortages when its Switch console became wildly popular at the height of the pandemic. Building off of a massively increased player base, the company is hitting its fans twofold this holiday season. An update to the Switch console, featuring an OLED screen, is set to release on Oct. 8. Alongside the new console, the gaming giant is set to release a fresh pair of Pokemon games on Nov. 19. The enduring series should draw in fans across generations in the coming months.

As of Sept. 21, the stock was trading at $60.36 per share with a market cap of $56.04 billion. According to the GF Value Line, the recent decline in share prices has landed the company a moderately undervalued rating. 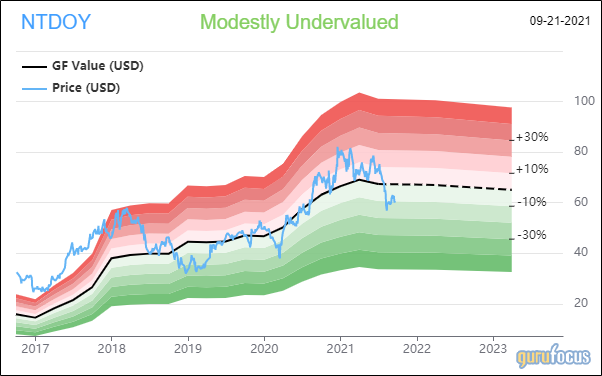 Nintendo started its video game console business in 1983 by launching the NES, and started its portable console business in 1989 by launching the Game Boy. Since then, the company has focused on expanding the gaming population by delivering unique entertainment experiences on its original console systems. However, Nintendo not only makes game consoles, but also owns world-renowned IPs such as Super Mario, Pokemon and Zelda, which have been a source of cash flow for more than a quarter-century. 2020 was the 35th anniversary of Super Mario, Nintendo's most famous character.

GuruFocus gives the company a financial strength rating of 9 out of 10 and a profitability rank of 7 out of 10. The company currently has no severe warning signs and there is a single medium sign issued for growth in revenue per share slowing down. Despite the medium warning sign, the company has continually increased revenue and net income over the last five years. 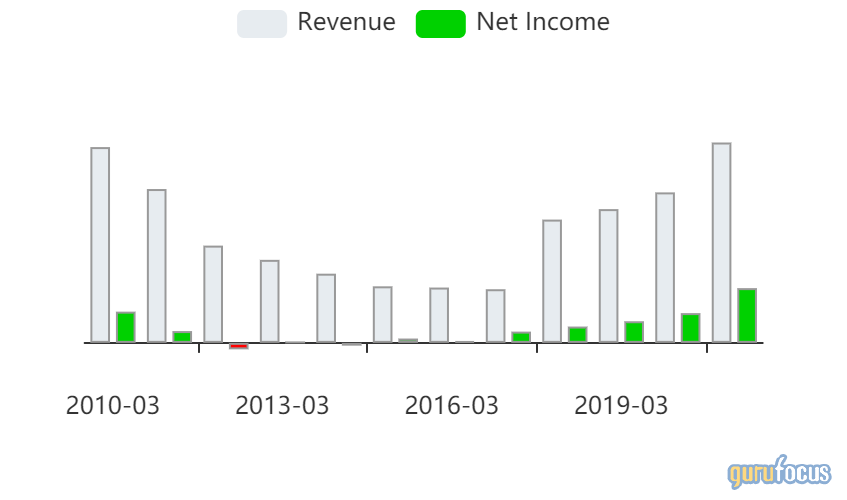 Activision Blizzard has been one of the most successful video game publishers over the last decade, but has fallen in recent weeks after a poor response to harassment and abuse claims. The company has found itself under intense legal scrutiny and its chief legal office left the company on Sept. 17. Outside of its legal troubles, the game publisher plans to release the next title in its massively successful Call of Duty franchise. The new game, titled "Vanguard," is set to release Nov. 5, and will bring players back into a World War II-themed game for the first time since 2017.

The stock was trading at $73.94 per share, down 2.94%, with a market cap of $57.32 billion. The company’s ongoing struggles has landed the company at a GF Value Line rating of modestly undervalued for the first time in recent history. 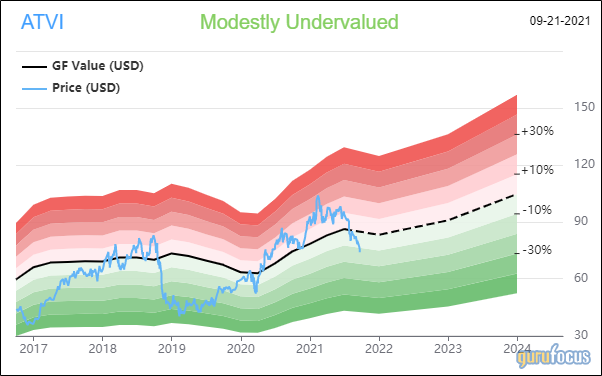 GuruFocus gives the company a financial strength rating of 7 out of 10, a profitability rank of 8 out of 10 and a valuation rank of 4 out of 10. The company does not have any severe warning signs. Thanks to its wildly successful game series, the company has maintained consistently strong cash flows that easily support dividend payouts. 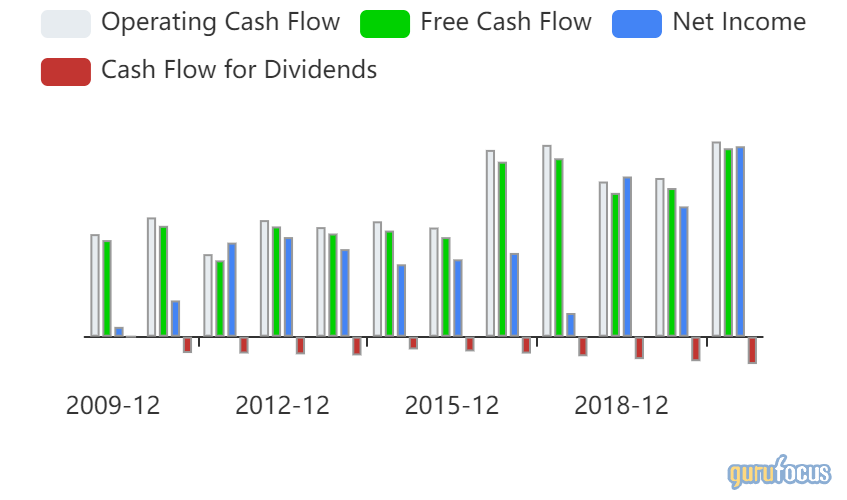 UBSFY, Financial) is also looking to get a piece of the holiday sales pie with the release of the sixth title in its Far Cry series. The game is set to release on Oct. 7 and stars actor Giancarlo Esposito. Ubisoft will be looking to capitalize on its new game after a lukewarm reception to "Far Cry New Dawn," which failed to bring fans to a new location.

On Sept. 21, the stock was trading at $12.43 per share with a market cap of $7.49 billion. According to the GF Value Line, Ubisoft has taken the steepest dive of the bunch and is trading at a significantly undervalued rating. 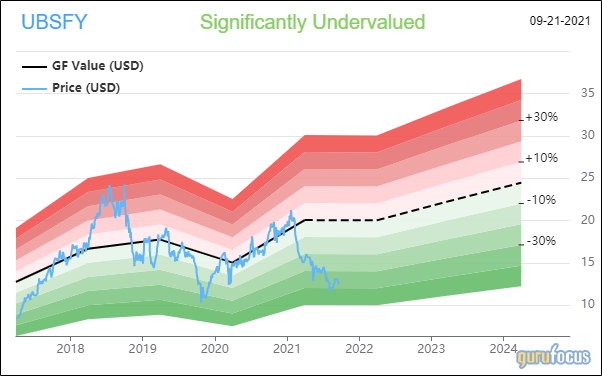 Founded in 1986 in France by five brothers of the Guillemot family, Ubisoft is the third-largest independent video game publisher. Ubisoft employs a deep pool of developers at studios across the globe. The company owns a number of well-known franchises, including Assassin's Creed, Far Cry, Tom Clancy's Rainbow Six and Ghost Recon, Rayman, Trials and Just Dance.

GuruFocus gives the company a financial strength rating of 5 out of 10, a profitability rank of 7 out of 10 and a valuation rank of 5 out of 10. There are currently two severe warning signs issued for assets growing faster than revenue and a declining operating margin. The company struggled in the first half of the decade, but has started to regain its capital efficiency footing. 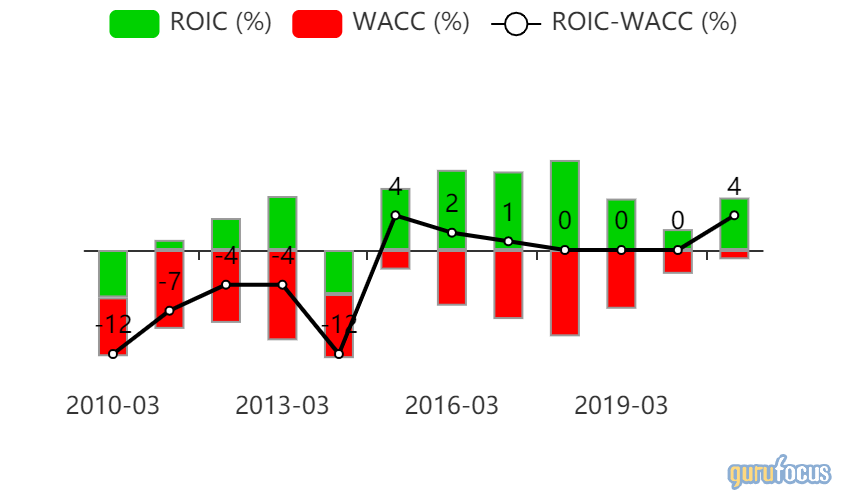