Biogen Adds Another Drug to Its Stable of Biosimilars

Gets approval for copycat of Roche blockbuster Lucentis 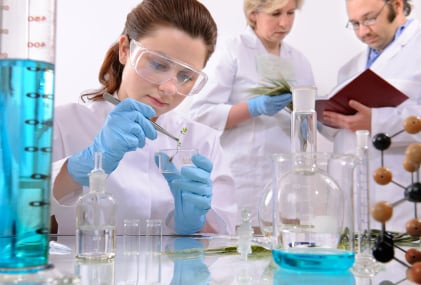 BIIB, Financial) shareholders welcomed good news earlier this week. The Cambridge, Massachusetts-based biotech and partner Samsung Bioepis have received the Food and Drug Administration's approval for their biosimilar of Roche Holding AG’s (RHHBY, Financial) blockbuster eye drug Lucentis. Their copycat drug, named Byooviz, is expected to hit the market in 2022 under a licensing pact between the partners and the branded drugmaker, according to FiercePharma.

Biogen shares could use a boost. After the company finally got the thumbs up for its controversial Alzheimer’s treatment Aduhelm in early June, the stock traded above $400. Since then it has slumped, skidding down below $300.

A biosimilar drug has a structure that is highly similar to, but not exactly the same, as a brand-name biologic drug. A biosimilar behaves in much the same way so that there are "no meaningful differences" between it and its brand name biologic.

Biogen and its partner hope to carve out a nice chunk of the business for treatments for wet age-related macular degeneration. U.S. sales of Lucentis were more than $1.6 billion last year. Byooviz is Samsung Bioepis' fifth biosimilar to win an FDA seal of approval, having received the OK for copycats of Johnson & Johnson’s (

Byooviz beefs up Biogen’s growing stable of biosimilars, which generated nearly $800 million in revenue last year. The drug’s importance to the company can’t be overstated given it is putting big marketing dollars behind Aduhelm while facing competition from Roche for its big-selling spinal muscular atrophy drug Spinraza.

Another top seller is being threatened by biosimilars. Several copycats are being developed to challenge Regeneron Pharmaceuticals Inc.’s (

REGN, Financial) market-leading eye drug Eylea, which raked in $4.95 billion in the U.S last year. Analysts predict Eylea biosimilars could be on the market as soon as 2023.

In addition to Lucentis, other drugs owned by public companies that will be losing U.S. exclusivity this year include:

I am/we are Long JNJ and ABBV.
Rating: 5 / 5 (1 votes)
Write for GuruFocus
Submit an article
How to use GuruFocus - Tutorials What Is in the GuruFocus Premium Membership? A DIY Guide on How to Invest Using Guru Strategies GuruFocus New Features