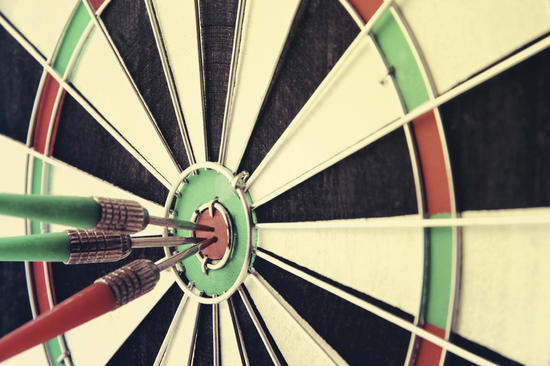 It’s rare for a stock to be able to achieve average annual returns above 20% for an entire decade. It’s even more rare to do so while the company is consistently growing its top and bottom lines and maintaining a strong balance sheet.

These high-quality stocks have been extremely profitable for investors over the years, so it comes as no surprise that many of them appear frequently in the portfolios of the investing gurus followed by GuruFocus, despite often trading at elevated valuation multiples. As

We will look at the stocks that have the above characteristics with a focus on which ones show up most frequently in gurus’ portfolios. For this search, I selected the following criteria on GuruFocus’ All-in-One Screener, a Premium feature (you can view the full results of this screen here):

Among the stocks that meet these criteria, Microsoft Corp. (

These well-known tech giants are considered core portfolio holdings for many investors due to their market dominance and enduring competitive advantages. Over the past decade, Microsoft, Alphabet and Apple have achieved respective 10-year annualized total returns of 28.74%, 26.83% and 26.58%.

All three of these companies have a market cap of at least $1 trillion, and investors are reluctant to turn bearish on them even in the face of significant headwinds. For example, the outcome of the Epic Games versus Apple case was recently decided, with the court ruling that Apple could no longer force developers to use its in-app payment system, where it takes a 30% cut of developers’ profits. Apple’s stock dropped a measly 3% in response to this news that effectively put a fifth of its revenue in danger.

Names that may fly under the radar

Following behind the three tech giants on this list are Thermo Fisher Scientific Inc. (

TMO, Financial), Lowe’s Companies Inc. (LOW, Financial) and Taiwan Semiconductor Manufacturing Inc. (TSM, Financial), all of which appear in the portfolios of 22 gurus.

These companies may not make headlines as often as the tech giants, but their economic moats and growth over the past decade hasn’t necessarily been inferior. Thermo Fisher has recorded a 10-year annualized total return of 28.55% compared to 27.99% for Lowe’s and 27.02% for Taiwan Semiconductor.

Thermo Fisher develops and manufactures scientific instrumentation, reagents, consumables and software services for the life sciences, industrial and applied sciences and clinical and diagnostics industries. It is a trusted name that serves as a “pick and shovel” play for the growing number of companies focused on the development of new medical treatments, drugs, chemicals, diagnostics, medical technologies and more.

Lowe’s, meanwhile, is a home improvement retailer that is mainly in competition with Home Depot (

HD, Financial) in the U.S. home improvement market. Compared to Home Depot, Lowe’s focuses more on marketing to professional customers such as interior designers, carpenters and plumbers, and it also tries to offer products that appeal to a wider range of customers.

These three companies don’t operate flashy businesses like the tech giants, so they don’t tend to create as much popular buzz in the media. However, flying under the radar has certainly not hampered their success or the gains of their shareholders.

Shifting gears from the stocks on this screen with the highest number of guru owners, let’s take a look at which ones have the highest returns.

In terms of 10-year annualized total returns for the stock, Nvidia Corp. (

NVDA, Financial) comes in first with 51.88%. This developer of graphics processing units as well as other chips for the mobile computing and automotive markets has a 10-year earnings per share without NRI growth rate of 32.20% and a 10-year revenue per share growth rate of 16%. A total of 18 gurus own shares of Nvidia, including Baillie Gifford (Trades, Portfolio), Spiros Segalas (Trades, Portfolio) and Pioneer Investments.

However, in terms of top and bottom-line growth, Align Technology Inc. (

The stocks that meet the criteria for this screen have all shown high growth and profitability over the past decade, and gurus have taken notice, with many fund managers snapping up shares for their portfolios.

Of course, the result is that most of these stocks trade at elevated valuation multiples (though there are a few exceptions, such as homebuilder D.R. Horton (

DHI, Financial) with a price-earnings ratio of 8.76). Whether or not they are worth these multiples depends on whether they can grow into them. Past returns are not a guarantee of future performance, and oftentimes, companies begin to see diminished levels of growth after reaching market saturation.

On the other hand, a higher valuation doesn’t automatically mean that a stock will have lackluster returns in the future. Today’s market environment is one where millions of investors have easy access to in-depth information and analysis on stocks, and the popularity of passively traded index funds gives an automatic boost to the largest stocks, so we have to take all of this into consideration with our investing decisions. The real question is whether a company can grow enough to provide satisfactory returns regardless of the number of people that have come before you and driven the price up.

I/we have no positions in any stocks mentioned, and no plans to initiate any positions within the next 72 hours.
The mention of stocks in this article does not at any point constitute an investment recommendation. Investors should always conduct their own careful research and/or consult registered investment advisors before taking action in the stock market.
Rating: 5 / 5 (3 votes)
Write for GuruFocus
Submit an article
How to use GuruFocus - Tutorials What Is in the GuruFocus Premium Membership? A DIY Guide on How to Invest Using Guru Strategies GuruFocus New Features