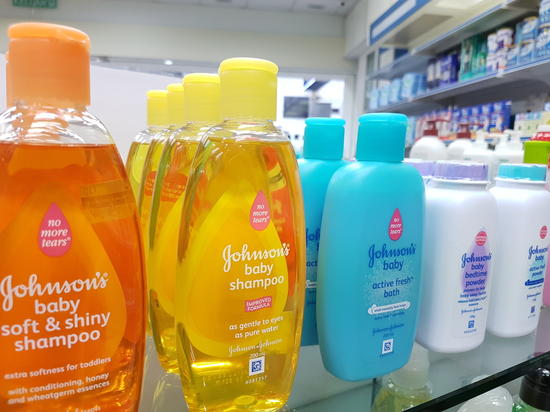 Not all dividend stocks are created equal. Only a few can count themselves among the exclusive club of so-called dividend aristocrats, companies that have raised their total annual dividend payouts for at least 25 consecutive years.

Rare even among the dividend aristocrats are those companies with the necessary financial strength, economic stability and competitive moat to secure their rarefied status long into the future. In my assessment, there are three stocks fitting this profile that stand out in particular, and may be worth a closer look for defensive investors: Johnson & Johnson (

Starting with the basic measurements of a dividend stock’s performance, all three companies perform well.

Johnson & Johnson, a global purveyor of medical devices, pharmaceuticals and consumer packaged goods, has kept its dividend growth streak going for a staggering 59 years. Over the past five years, the company’s dividend has enjoyed a compound annual growth rate of 6.1%. Its five-year average dividend yield stands at 2.6%.

Procter & Gamble, a multinational consumer goods corporation, has had an even lengthier run as a dividend aristocrat, having raised its dividend payments annually for the past 65 years. The company’s five-year average dividend yield stands at 2.8%, having risen over that period at a CAGR of 4.1%.

At 48 years, Walmart’s unbroken run of dividend growth is a tad shorter, but hardly less impressive. The retail giant’s five-year average dividend yield comes in at 2.1%, with a five-year dividend CAGR of 2%.

A company’s ability to keep paying its dividend is dependent in large part on its financial strength. A dividend is only sustainable if the company paying it generates enough excess cash flow to support it. Companies can sometimes become so myopic about their dividends that they are willing to slash growth investments or even take on debt to preserve payments. A true dividend aristocrat should not be mortgaging its future for the sake of short-term payouts.

Value Line utilizes a multi-factor formula to measure companies’ financial strength that I have found very useful in assessing the merits of various dividend stocks. It measures the financial strength of a company based on an aggregation of key factors, including leverage, net debt, business risk, level and direction of earnings, cash flow, earned returns, cash balance, company size and stock price. Value Line places each of the 1,700 stocks it tracks into one of nine tiers, from A++ to C. Companies rated A++ are considered to have exceptional financial strength, while a C rating is “reserved for companies experiencing serious financial difficulty.”

Johnson & Johnson, P&G and Walmart all shine under this metric. Each holds an A++ rating from Value Line, indicating excellent financial health across the board.

It is fairly obvious on its face that an investment in a financially strong company is likely to carry lower risk than an investment in a struggling business, all other things being equal. However, well-heeled companies can face idiosyncratic risk, or be subject to greater volatility due to a myriad of factors, such as industry cyclicality. Value Line’s Safety Ranking system helps address this issue to identify a stock’s relative price risk.

Safety is a metric of the relative risk of each of the stocks in Value Line’s coverage universe. By combining a stock’s financial Ssrength factor with its indexed price stability, Value Line is able to derive its safety rating. Stocks with the lowest price risk are classified as Rank 1, while stocks that, “as a group, are expected to have the poorest relative price performance," are classified as Rank 5.

On this metric, Johnson & Johnson, P&G and Walmart each excel once again. All three currently hold a Rank 1, meaning they are counted among “the safest, most stable, and least risky investments relative to the Value Line universe.”

The concept of an economic moat has existed for a long time. For decades,

Warren Buffett (Trades, Portfolio) has been one of the most vocal proponents of the idea, and has often promoted the benefit of moats, which, simply defined, describes the relative sustainability and robustness of a company’s competitive advantages.

Morningstar’s Economic Moat is an attempt to codify this sometimes nebulous concept in order to provide a robust metric of “how likely a company is to keep competitors at bay for an extended period.” To classify the relative width of an economic moat, Morningstar factors in a wide range of variables, including cost advantages, scale advantages, network effects, switching costs and intangible assets. In Morningstar’s taxonomy of moats, companies can have everything from a wide moat to no moat at all.

Johnson & Johnson, P&G and Walmart are all massive enterprises with significant market share in their respective fields. Each enjoys a considerable degree of network effects, benefits from a strong and well-established brand and leverages scale and cost advantages to thrive. Thus, it ought to surprise no one that Morningstar classifies all three companies as having wide economic moats.

There is no single definitive metric that defines the relative quality of dividend aristocrats. However, the metrics I have discussed, when taken in combination, can help investors distinguish between those dividend aristocrats that are almost certain to maintain their status indefinitely and those that are not so secure.

Investing for income has been somewhat out of fashion among stock market investors, many of whom have found themselves drawn more to buoyant growth stocks than to staid dividend plays. Yet, financially robust dividend stocks have proven themselves time and again to be valuable sources of resilience for investors’ portfolios. In my assessment, Johnson & Johnson, Procter & Gamble and Walmart are all solid options for investors in search of defensive dividend plays.

I/we have no positions in any stocks mentioned, and no plans to initiate any positions within the next 72 hours.
The views of this author are solely their own opinion and are not endorsed or guaranteed by GuruFocus.com
Rating: 4 / 5 (2 votes)
Bookmark