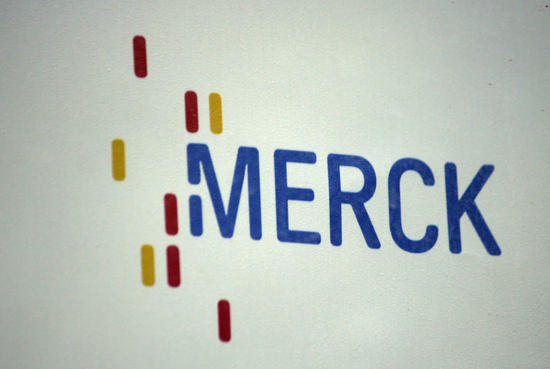 Even after recently agreeing to shell out $11.5 billion to acquire Acceleron Pharma Inc. (

XLRN, Financial), Merck & Co. Inc. (MRK, Financial) says it’s not done in its quest for deals aimed at diversifying its business. The more than $200 billion pharmaceutical giant wants to expand its offerings to soften the blow when its mega-blockbuster drug, Keytruda, loses patent protection around 2028, according to FiercePharma.

Merck CEO Rob Davis told the Financial Times that he is confident the company has the resources to make more deals. Referring to the Acceleron buyout, he said, “This is the first step on a journey to continue to build out our pipeline so that we have the ability to grow sustainably well into the next decade … We won’t be limited by the balance sheet.” He added that business development is a key part of the company's strategy.

Among the companies Merck appears to be eyeing are Mirati Therapeutics Inc. (

Mirati, with a market cap of $8.64 billion, climbed $6.85 to $167.57 on Thursday, after speculation that it is a target. The California-based biotech leads the pack in the race to develop inhibitors for KRAS, a gene mutation which, when activated, can become stuck in the “on” position, allowing cells to grow uncontrollably and activating the downstream pathways, according to MD Anderson. This leads to the multiplication of cells and cancer growth, which can then cause metastases.

Mirati could file for approval for the two indications with the Food and Drug Administration within the next few months. SVB Leerink analyst Andrew Berens thinks adagrasib could peak at U.S. and European Union combined sales of just under $3.84 billion.

Arcturus is the cheapest of the potential candidates with a market cap of just over $1 billion. The company’s shareholders would welcome a takeover considering the San Diego-based mRNA company‘s stock is at $44, well off its 52-week high of just under $130.

Both Arcturus and Strand are developing mRNA-based products, utilizing the technology that has become a household word thanks to the success of mRNA vaccines for Covid-19.

Strand recently raised $52 million to push forward its mRNA therapeutics for cancer. The company has an exclusive way to deliver genetic materials, and its pipeline includes vaccines for Covid and the flu.

Biogen would be the biggest fish to swallow by far. The Cambridge, Massachusetts-based biotech has a market value of about $43 billion. Nevertheless, the company is selling at a 30% discount from where it was in June, when its controversial Alzheimer’s drug Aduhelm was greenlighted by the FDA.

Adding Biogen to its roll would give Merck a big lift in sales, but SVB Leerink analyst Daina Graybosch told the Financial Times that the transaction is likely too big for Merck.

“They don’t do things to make a big splash and in terms of doing deals like Acceleron they won’t overpay … That is the culture at Merck and I don’t see the new leadership changing that,” Graybosch said.

I am/we are Long AMGN
The views of this author are solely their own opinion and are not endorsed or guaranteed by GuruFocus.com
Rating: 0 / 5 (0 votes)
Bookmark