Precious investment lessons from one of the best investors around 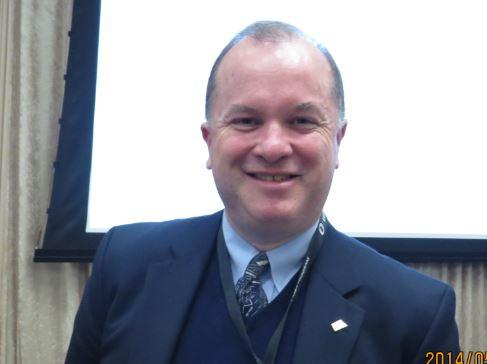 I recently watched a very interesting video, recorded in 2015 and taken from the “Talks at Google” series, featuring

Tom Gayner (Trades, Portfolio), chief investment officer of Markel Corp. (MKL, Financial), speaking about his evolution as a value investor. Gayner is not only a superb investor; he's also a great communicator and teacher. This presentation is packed with so much investment wisdom, that I thought I would try to distill its lessons and share them. You can find the video here.

Gayner starts be saying that when he was young, being an accountant, he had “a very strong quantitative bias” in selecting investments. That basically means being, for example, focused on price-earnings or price-book ratios and all sort of financial measures that are supposed to tell you if a stock is cheap or profitable.

This usually happens when you’re a newbie investor because you want to have something external, giving you some confidence that your process is sound.

This approach worked “spectacularly well” for Benjamin Graham and his disciples, and for good reasons, as in the past financial analysts were scarce and armed with poor tools; as a consequence, there were a lot of under-covered businesses, so the probability that they would be quantitatively cheap was high.

Gayner calls the process of finding undervalued stocks this way a “spotting value” process, which is like making a static picture of a company.

When you look at that picture, you can try to evaluate the company (either on an absolute or relative basis) and see that today, the company is selling for more or less than its value.

That is today, unfortunately, not enough anymore.

Here's how Gayner explains why and how he pushed himself to look for something different over the course of his career:

“What I’ve evolved to, and the path I’ve been for a long time, and the reason I got on that path is because I found that that notion of spotting value and thinking that there’s value gaps that would close right after I showed up to buy some stock, it didn’t work. [...] So I moved from spotting value to spotting the creation of value, value creators as opposed to value spotters. So instead of a snapshot, instead of a picture, how about a movie? What’s this movie going to look like?”

Gayner realized that if he wanted to have an edge over the market, he would need to figure out what the company was going to do in the (possibly) distant future and, in order to do that, would need to understand the dynamics of value creation for that specific business.

With that in mind, he came up with a four-point approach of what he’s specifically looking for in a business. We're going to look at them one by one.

When analyzing a company to invest in, Gayner looks for, first of all, a profitable business with good returns on capital, which doesn’t use too much leverage.

He wants to see a demonstrated record of profitability. There are many startups and unicorns out there, and some of them will definitely be future winners, but he’s not interested in this game. The company he invests in must have already proven that its profitability is consistent.

The lesson for us is that we should not be overconfident in the possibilities of what the future holds.

He then goes on to say that when a company is consistently profitable, it is a testament to the fact that it's adding value to its customers and, consequently, to the community. This is, just to look at it from a different perspective, another way to say that the company is a value creator.

Referring to leverage, he added this “filter” to the investment process because he experienced some tough losses, especially in the 2008-09 crisis, where he was not able to determine how much leverage was inherent in what his portfolio companies were doing at that time.

You can have a wonderful company with happy customers, good profitability, etc., but when debt is high, you simply have less options. You could need capital exactly when the market doesn't want (or cannot) give it to you.

Another reason why picking a business with low leverage is important is that it helps spot good management.

High-quality, high-integrity people tend to not use a lot of debt. Or, just to say it in a different way, dishonest people rarely use 100% equity financing.

Why? Here's the catch, as suggested to him many years ago by a Markel veteran:

Second, he looks for a business whose management team has character and ability.

Gayner insists on the “and” between the attributes, because, he says, one without the other is worthless. If there’s integrity but ability is missing, in business terms, they can’t get the job done. As a consequence, the company would most probably be not profitable or not grow as it could and should.

Conversely, if you have talented and skilled people who know what they’re doing, but they lack integrity, they “may do well, but you as their outside, silent, non-controlling partner, are not. That will not end well.”

Always associate yourself with people who have high-integrity; that is the only possibility you have to get the treatment you deserve.

Next, he looks for a business with outstanding reinvestments dynamics.

This is the probably most important point for a successful investment career, as only businesses that can compound their capital over long periods of time can give your portfolio the boost it needs to reach financial targets.

Gayner offers an example taken from the restaurant business, where the compounding nature of the business can lie in something that does not necessarily catch the eye.

Indeed, the best restaurants in the world tend to be usually run directly by their owners: very highly skilled, highly dedicated people who are there every day to make sure things are going the way they expect to. They can be very successful, but it’s hard to replicate their model.

That is completely different from a restaurant chain like McDonald’s (

MCD, Financial), which was able to replicate its model over and over, scaling the business around the globe and becoming a compounding machine.

So the question he tries to ask here is: how big (and scalable) can a business be?

The answer is straightforward:

“A perfect business is one that earns very good returns on its capital, and can take that capital that it makes and then reinvest that and keep compounding at the same sort of a rate year after year after year. That’s the North Star.”

It’s important to note that the possibility to reinvest large amounts of capital is an advantage when the return on capital is high, but can be a drawback if the business requires large amounts of capital to be reinvested but it can’t earn high enough returns on capital (either because of incompetent management or because of being structurally limited by the sector it operates in).

When a good company reaches maturity, it can still earn very good returns on capital, but it may not be able to reinvest them at high rates anymore. If the management is aware of that, what can they possibly do with that money? They can make acquisitions, they can pay dividends or buy back their stock. The first (acquiring entire businesses or part of them) is precisely what Berkshire Hathaway (

BRK.A, Financial)(BRK.B, Financial) did for many years, taking money out from the textile business and leveraging the incredible investing skills of Warren Buffett (Trades, Portfolio), which is what Markel was trying to replicate.

Finally, the business must be available at a good price.

Gayner says that there are two types of mistakes you can make when evaluating a company.

The first is paying too much for it. It can depend on a mathematical error, a wrong model or assumption or any number of other reasons. As a consequence, you will most probably earn subpar returns or even lose some money on it, but that is, in his opinion, not the worst mistake when investing in a company.

Here's how he describes the second and worst kind of mistake:

“The kind of errors that are harder, and that really cost you more, although it’s an hidden cost and it’s an implicit cost, is that you’ve thought about what something was worth, and you thought about what you wanted to pay for, and that was something that actually did compound, and you never bought it, because it never met your test evaluation but it’s just kept compounding over time.”

If you've been in the market for some time and saw some extraordinarily wonderful businesses (often being considered overvalued) go up and up over the years and never being not able to buy them (either because you wanted to stick to your valuation metrics or for other reasons), then you know what Gayner is talking about.

Finally, he recommends not to be a “penny pincher” when you find a business that has all those characteristics: it's not going to move the needle.

Gayner's lecture is aimed at sharing the most important learnings of his investment life and, most of all, the how and why he evolved to become the investor he is today.

From his early Graham-like and quantitative-oriented approach to his four-point approach to investing, he was able to incorporate very precious lessons that made the success of Markel over the years and still define its future.

What we can do to improve is try to fully digest these lessons by understanding them to their core and incorporate them (of course, if they resonate with us) in our investment process.

I am/we are Long MKL
The views of this author are solely their own opinion and are not endorsed or guaranteed by GuruFocus.com
Rating: 5 / 5 (12 votes)
Bookmark