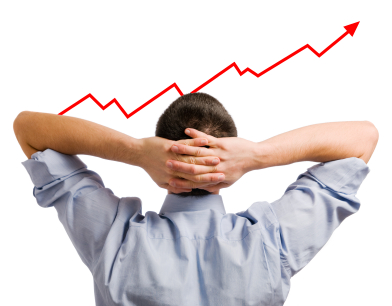 One of the key reasons why long holding periods can be effective is they provide high-quality companies with time to deliver on their strategies and for their competitive advantages to shine through. Indeed, an investor who sold out of stocks such as American Express or Coca-Cola after making strong profits in a short amount of time would have missed out on their subsequent growth.

Moreover, they may have ended up purchasing less attractive businesses that failed to offer the same sized economic moat or growth opportunities in the long run. As such, the idea of taking profits on stocks to invest elsewhere may work only if there is a more appealing use for the capital.

In addition, long-term holders of stocks such as Buffett may argue they face lower transaction costs than frequent investors. Depending on their situation, they may also end up paying less tax if they rarely crystallize capital gains.

Despite this, the average stock holding period among investors has fallen in recent decades. For example, investors held shares for an average of 14 months in 1999. By the end of 2019, this had declined to less than nine months.

Of course, it is unsurprising that investors are holding shares for shorter periods. Transaction costs have fallen dramatically over recent decades, which means the cost of frequent trading is lower.

Furthermore, the current bull market likely encourages investors to switch from one investment to another as they seek to lock in profits made while the S&P 500 has almost doubled since its March 2020 low. The high returns made by many investors over recent months may empower them to try to repeat strong gains in other stocks and other sectors.

In my view, buying and selling shares frequently is illogical. It is impossible to time the market since its future performance is dependent on a wide range of factors that cannot be accurately predicted. Therefore, seeking to rapidly move from one stock to another, or from one asset to another, is unlikely to yield consistently high profits over the long run.

In addition, selling stocks to buy others may equate to substituting high-quality companies for less attractive businesses. As a result, it may be more prudent to search for the best companies in specific sectors, wait for their prices to offer a margin of safety and then buy and hold them for the long run.

As such, I agree with Buffett’s assertion that short-term investing is unlikely to be a successful strategy over the long run. As he once said, “If you aren't willing to own a stock for 10 years, don't even think about owning it for 10 minutes.”

I/we have no positions in any stocks mentioned, and no plans to initiate any positions within the next 72 hours.
The views of this author are solely their own opinion and are not endorsed or guaranteed by GuruFocus.com
Rating: 5 / 5 (4 votes)
Bookmark