Micron Is a Bargain

Driven by a combination of tech leadership, industry consolidation and secular technology trends, Micron appears to have broken free from the curse of cyclicality 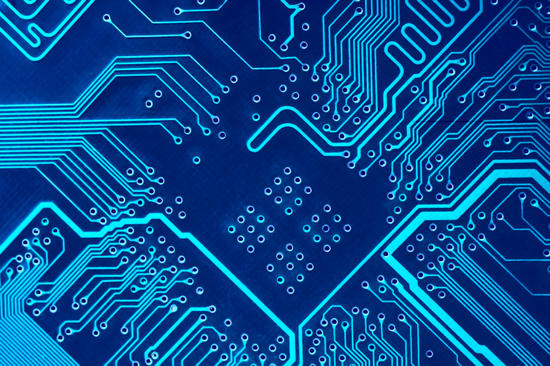 What does Micron do?

For those not in the know, Micron Technology (

MU, Financial) is one of the industry leaders when it comes to chip memory and storage solutions. The company’s portfolio of technologies include DRAM, NAND and NOR. Micron’s solutions are in almost everything we take for granted as part of modern life - mobile phones, personal computers, servers that power the internet as well as technologies driving the next wave of disruption - machine learning systems, artificial intelligence, 5G networks and autonomous vehicles.

In order to better understand why Micron is a buy, let’s first dig into the products that Micron produces. DRAM (Dynamic Random-Access Memory) is the memory used by computers to manage their application workloads; the more DRAM you have, the faster the computer runs. DRAM memory is not persistent; once the computer turns off, data is lost.

Unlike DRAM, NAND Flash memory is non-volatile, which means it stores data even once the power is disconnected. However, NAND does not run as fast as DRAM, which is why electronic devices and computers require both kinds of memory.

Where Micron fits in the market

Semiconductors are in all of the devices we use today, and as a result, the memory technology that companies like Micron produce has been commoditized to an extent. Companies can compete and differentiate by driving efficiency gains, which in this context refers to following the arc of Moore’s law by packing more onto each piece of silicon, all the while improving performance and lowering overall costs per bit of memory being stored.

While Micron trailed the rest of the pack for years, the company has now achieved leadership in the DRAM and NAND categories. Micron now produces the 1z DRAM node, which is the industry’s smallest feature size DRAM node that also delivers substantially higher bit density, significant performance improvements and lower cost. The company also achieved a breakthrough when it designed and produced the first 176-layer NAND, which is the most technologically advanced NAND node on the market. Stacking or layering, which is the technology used in this product, stacks memory cells on top of each other in three dimensions versus planar, or traditional NANDs. As a result, Micron’s 176-layer NAND has the benefit of being much smaller in size versus the competition while dramatically accelerating application performance.

Micron’s technology IP reflects in its revenue mix, with 71% of revenue attributed to DRAM, 25% to NAND and 4% to other products such as NOR Flash (used in Internet of Things (IoT) applications). Micron’s historical cyclicality can in part be attributed to the DRAM segment, which is more cyclical than NAND as a result of supply issues arising from the nature of memory manufacturing.

Semiconductors as a sector

Producing an individual unit of memory has high fixed costs but relatively low incremental costs, which is why companies in this sector attempt to maximize their production capacity to recoup their initial investments in their factories. A market with multiple players competing in it would see margins erode over time as oversupply exerts downward pressure on memory prices.

This is why semiconductor companies have traditionally been regarded as cyclical, and why companies in this space are so cheap to begin with. This cyclicality has resulted in consolidation in the memory industry. The DRAM industry has consolidated from 32 players only a few decades ago to three major players today - Micron in the U.S., Sk Hynix (

XKRX:000660, Financial) in South Korea and Samsung (XKRX:005930, Financial), also in South Korea. These players now control 96% of the market, up from 65% in 2007. In the NAND industry, there are four major players today - Micron, a joint venture between Toshiba Memory Corporation (Japan) and Western Digital (WDC, Financial), SK Hynix and Samsung.

In some ways, this resembles what happened in the airline industry, which went from 18 major carriers a decade ago to just 10 today, with four carriers alone commanding 80% market share in the United States. This period of consolidation led to an airline stock boom. Warren Buffet, who previously considered airlines as horrible investments, even ended up purchasing stakes in all four major carriers.

This cyclicality, which in turn drives the low prices of semiconductor stocks, may be overstated given market consolidation. During the pandemic, stocks in this sector, while appreciating significantly from the downturn, still lagged their peers in large cap tech companies. This performance does not capture several large secular trends that are beginning to take place, which could lead to major gains over the next five to 10 years. A shift to a stay-at-home office in the economy has led to a huge increase in demand for leading edge semiconductors to power the data centers and electronic devices for increasingly digital lifestyles. 5G networks, cloud and artificial intelligence are expected to eat the world over the next decade, and semiconductor players are best equipped to benefit from these mega trends.

It’s worth diving deeper into what constitutes demand over the next decade. DRAM, in particular, should see a huge uptick because of its utility in real-time computing, which is critical for applications in artificial intelligence applications, IoT and autonomous vehicles.

Computers will not only need more DRAM to run increasingly complex applications, but NAND too as solid-state drives become the industry standard replacing existing disk drive technology. Cloud spending is expected to balloon to $308 billion this year and is expected to be the biggest driver of the DRAM and NAND markets, further helping de-risk the whole sector. Demand for NAND and DRAM content in high-end smartphones is going to double in just three years on a per-phone basis, especially with the advent of 5G, which will dramatically expand the need for data storage and memory capabilities. The gaming industry, which already dwarfs the film industry and North American sports combined and counts over 2.2 billion users today, is expected to continue to grow, driving the need for GPUs and the memory that powers them.

One of the biggest transformational shifts we’re going to see in the next decade is the proliferation of autonomous vehicles; according to Micron’s CEO Sanjay Mehrotra, the amount of DRAM required in a Level 4 autonomous vehicle will be about 40 gigabytes, which is how big enterprise servers are today.

On the DRAM supply side, which is Micron’s bread and butter, the company benefited greatly from the financial crisis, which led to the bankruptcies of competitors such as Elpida in Japan and Qimonda in Germany. Micron’s acquisitions of both companies led to it increasing its DRAM output by almost 45%, giving it the size and scale to take on the Korean giants.

On the NAND front, with the industry moving towards 3D NAND technology where memory is “stacked," Micron has assumed technology leadership with the development of its 176-layer 3D NAND.

Why Micron is undervalued

Investing in Micron follows the Warren Buffet and Bill Miller school of thought, where deep quality value-driven investing is prioritized. In the tech and semiconductor sector, Micron is arguably the most attractive opportunity given how undervalued it is.

The market has fundamentally mispriced Micron because of existing assumptions about the industry (these assumptions have been informed by historical trends which aren’t valid today). This year, Micron reached several new highs. Mobile memory sales, automotive and industrial memory chips all hit record numbers, despite the ongoing semiconductor crisis. The company continues to beat analyst expectations and trades at a forward price-earnings ratio of around 7 at a stock price of roughly $68.

As a result of the ongoing semiconductor shortage affecting the price of automobiles and other products, memory chip companies have been ramping up production to meet expected demand. However, given the continued shortages of other computer components such as CPUs and GPUs, demand is expected to grow 16.3% in 2022 while the industry’s total supply of DRAM is expected to increase 17.9%. In anticipation of the DRAM price decrease, Micron shares have been sliding and the downward pressure on DRAM prices has been baked into the current price. However, the secular bit growth of 5G, automotive and IoT (sectors that have higher margins) should arrest memory prices crashing, and when combined with the overall market consolidation to three main players, it’s clear that this time is different and Micron has escaped the cyclical curse.

So how much is Micron undervalued? Valuing a company in a cyclical industry requires an understanding of past earnings. The last time Micron had an up-cycle, its profits increased for nine consecutive quarters, and its earnings peaked at $12 per share in 2018. Additionally, Micron currently has an excellent cash position, with roughly $1.3 billion in excess cash. The company plans to use its cash position and free cash flow going forward for opportunistic share buybacks to provide downside protection against peak cycle fear. Micron earlier had a regular share repurchase program in which the company returned over $4 billion in cash (~5% of current market cap) to shareholders but has now decided to buy more shares when prices are low, fewer when prices are high and institute an initial quarterly dividend of 10 cents per share.

If I assume a future normalized EPS of around $12 per share and a 9% earnings yield, we get a $125 stock price. Despite the heavy assumptions we’ve used in this calculation, at under $70 a share, it is clear that Micron is underpriced.

Concerns about price deceleration seem to be overdone, at least in the near-to-medium term. Despite impending oversupply as a result of the ongoing chip shortage, bit growth driven by 5G, automotive and cloud should more than make up for any downward pressure on price.

It is difficult to predict when a cheap stock like Micron will undergo a re-rating and change in investor sentiment, but it can happen very suddenly. I am happy to take a longer-term view alongside guru

Mohnish Pabrai (Trades, Portfolio) and be patient with Micron until that occurs.
Also check out:
Not a Premium Member of GuruFocus? Sign up for a free 7-day trial here.

I/we have no positions in any stocks mentioned, but may initiate a Long position in MU over the next 72 hours.
The views of this author are solely their own opinion and are not endorsed or guaranteed by GuruFocus.com
Rating: 5 / 5 (6 votes)
5 Comments
Write for GuruFocus
Submit an article
How to use GuruFocus - Tutorials What Is in the GuruFocus Premium Membership? A DIY Guide on How to Invest Using Guru Strategies GuruFocus New Features